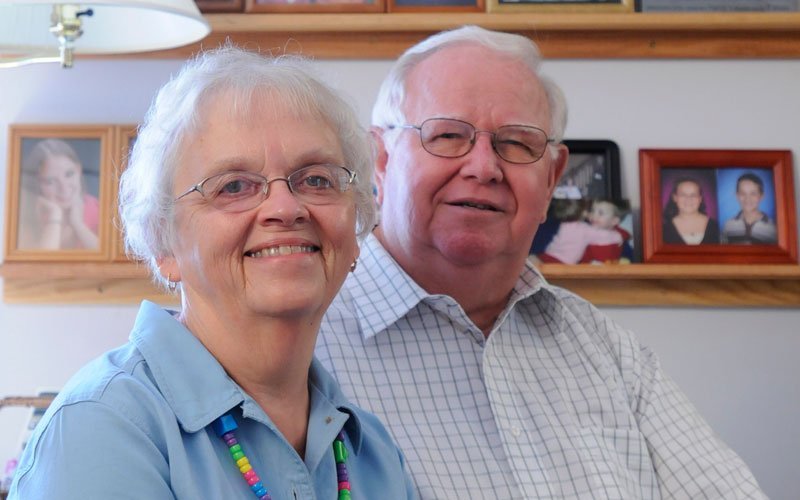 Deacon Jim Fitch and his wife, Donna, have always felt especially drawn toward ministry to married couples and families. It should come as no surprise, then, that although they recently retired from official ministry, they’ll likely continue helping couples and families who seek their counsel.

In fact, they’ll probably do so “every opportunity we get,” Deacon Fitch told the Catholic Courier.

The Fitches said they enjoyed working together as a team.

“Donna was the coordinator of the RCIA program and I was on her core team for the RCIA,” Deacon Fitch said, noting that he and his wife often teamed up to give reflections at weekend liturgies as well.

Their stints at the Wayne County parishes weren’t the first time the Fitches had worked together professionally, however. In the early 1980s they worked for the diocesan Family Life Office and coordinated marriage-preparation programs throughout the diocese, and later they served together at Church of the Resurrection in Fairport. Even before Deacon Fitch’s ordination, both also had taught religious education at St. Michael Parish in Newark, where they were married April 19, 1958.

The couple’s lives were changed forever during a Worldwide Marriage Encounter weekend more than three decades ago. It was during this retreat in 1972 that the couple began to feel the first inkling God might be calling them to ministry. They soon became involved in diocesan marriage-preparation training because they realized they were being called to share their faith and insights with others, Deacon Fitch said.

In 1983 Deacon Fitch began studying for the diaconate, and Donna was right by his side. He was ordained a deacon in 1987, and she received her master’s degree in theology the next year. Although they’ve served in various parishes and locales throughout the years, they’ve always maintained a strong interest in marriage and family life.

“I think it’s because of the fact that we raised six sons and (nurtured) our own family life,” Deacon Fitch said. “We’ve seen how important that is to us and how important the church is to us, and how aware we are that God is very much a part of our lives and guiding us through this journey.”

The Fitches have listened to and counseled many struggling couples, and will probably continue to do so in the future, Donna said.

“It’s a great concern to us,” she remarked.

The struggling husband and wife are not the only ones hurt by marital strife, she added. Whenever a couple is hurting, without question their children are hurting too, she said, noting that a priest she knew once explained the relationship between a church community and its families.

One of the biggest changes they’ve noticed during their three decades in ministry is that many couples now live together before they’re married, Deacon Fitch said. This premarital cohabitation still was relatively rare among Catholic couples in the 1970s and 1980s, he added.

“We try to explain the importance of saving that for marriage. I don’t know that it does any good, but all we can do is plant the seeds,” Deacon Fitch said.

These days, people seem to form relationships and begin living together before they really know one another, Donna added.

“They think it’s a testing ground,” she said.

Statistics have shown that couples who live together before marriage are more likely to be divorced than their counterparts who live apart, perhaps because these couples think certain things about their partners will automatically change once they’re married, she said.

The Fitches have worked with couples who did have such assumptions about how their mates would behave after marriage. These couples had never discussed these assumptions, so each partner just kept on doing what he or she had been doing before the wedding.

The Fitches know firsthand the value of what they preach, because this is what has kept them happy together in their personal and professional lives for so many years.

“It’s love of the Lord and love of people,” Donna said.