In Baltimore, a lesson in blame - Catholic Courier 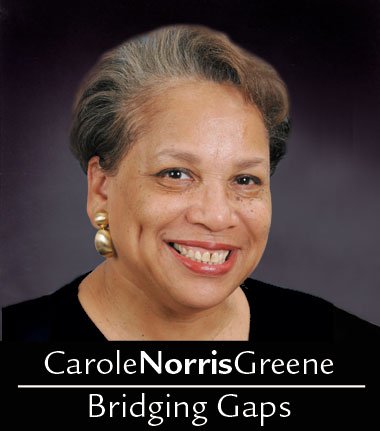 At the height of the rioting in Baltimore in late April following the death of Freddie Gray, a 25-year-old African-American man who died after being in police custody, the city’s mayor referred to those destroying properties as "thugs." Stephanie Rawlings-Blake, the Baltimore mayor, later apologized for the reference after being criticized for insensitivity to those who were acting out of pain and frustration.

I feel, however, that she was on target.

Anyone who vents frustration through violent attacks on the innocent behaves as a thug. Some 15 police officers were injured during the rioting. People lost salaries and jobs when their places of employment were impacted during the burning and looting that followed.

I still recall the woman on television who was crying because she did not know how she was going to tell her children that she no longer had a job.

I was a sophomore in college when Dr. Martin Luther King Jr. was assassinated. Back then, Baltimore, as well as other cities, also suffered rioting and destruction of businesses that did not have "soul brother" painted on their fronts.

It was chilling to see just two blocks above where we lived in Baltimore, armored tanks provided by the military and positioned in a parking lot to protect businesses.

My siblings and I stayed in our living room with our parents and watched nonstop news reports on what was happening all around our city and the nation. But none of us, our neighbors or countless others devastated by King’s murder, were inclined to fan the flames or shamelessly steal goods.

Gray died seven days after his arrest. He never regained consciousness after being hospitalized. His family said that he suffered three fractured vertebrae and injuries to his vocal chords. He died of "serious injuries" to his spinal cord, officials said. After the medical examiner ruled Gray’s death a homicide, the state’s attorney indicted the six officers involved in Gray’s arrest.

There are bad people out there, and we need tough police to track them down and keep them from seriously harming others.

I was grateful recently for the presence of police after my home was robbed in March. Police were swift to arrive and kept in touch with updates on their efforts to find the offenders. A month later, the two alleged thieves, who were identified by a neighbor, were in jail awaiting trial. That exemplifies the good that some officers do.

But there are also bad cops among the good officers. However, we can’t blame all officers for the aberrant behavior of a few. And I was glad to hear Mayor Rawlings-Blake say the same in a recent news conference:

"We know that the vast majority of the men and women in the Baltimore City Police Department serve our city with pride, with courage, with honor and with distinction," she said. "But to those of you who wish to engage in brutality, misconduct, racism and corruption, let me be clear, there is no place in the Baltimore City Police Department for you."

Greene was an associate editor at Catholic News Service for nearly 22 years.