‘In Their Own Words: Pope Francis’ offers biographic sketch of the current pontiff - Catholic Courier 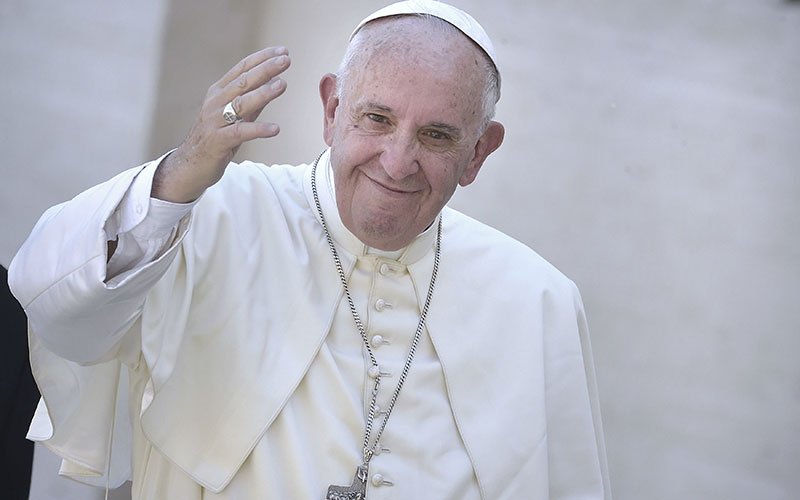 Pope Francis waves after the canonization Mass for Mother Teresa in front of 120,000 faithful in St. Peter's Square at the Vatican on September 4, 2016. (Photo by Stefano Spaziani/UPI)

The PBS series “In Their Own Words” offers a biographical sketch of the pontiff and an overview of his pontificate with the episode “Pope Francis.”

Beginning with his youth in Buenos Aires, Argentina, the program traces Jorge Mario Bergoglio’s life through his decision to enter the Jesuit order, his appointment as archbishop of his native city and his 2013 election to the papacy. Among those commenting on his story are NBC journalist Anne Thompson and papal biographer Austen Ivereigh.

The show also examines how, since becoming pope, Francis has tackled such issues as climate change, the role of women in the church and the best means of combating clergy sexual abuse. In addition to that last topic, the documentary’s treatment of Argentina’s “dirty war” of the 1970s and 80s and of Catholic teaching on homosexuality make it most suitable for a mature audience.

Many of the facts with which the program deals will be familiar to well-informed Catholics. But at least a few details may strike them as surprising.

Thus the influence of Pope Francis’ grandmother in shaping his outlook has often been recognized. Yet his mother’s resolute opposition to his priestly vocation — which was only overcome, apparently, on the day of his ordination — has not received similar attention.

While mostly reliable when dealing with South America and the Vatican, the narrative occasionally loses its way where the United States is concerned. This is especially true in its depiction of the U.S. Conference of Catholic Bishops as a source of opposition to Francis in his efforts to end the scandalous abuse crisis.

Despite its gravity, moreover, this charge is simply asserted, not debated.

The show is more balanced when the subject is Francis himself and the overall impression it leaves with viewers will likely be a positive one. Its portrait of the church’s leader as a man optimistically engaged with contemporary culture and as a messenger of God’s merciful love makes this especially upbeat fare for the members of his worldwide flock.