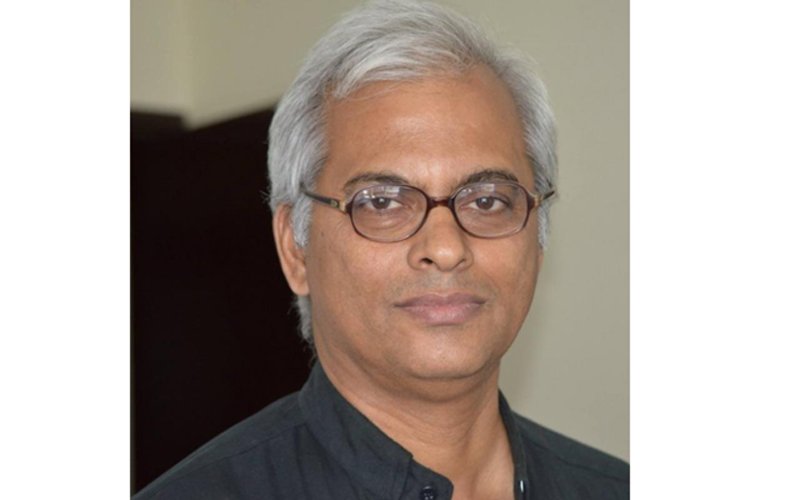 Indian Salesian Father Tom Uzhunnalil, who was abducted by Islamic State militants in Yemen and held captive for more than a year, has been freed. He is pictured in an undated photo.

VATICAN CITY (CNS) — Indian Salesian Father Tom Uzhunnalil, who was abducted by Islamic State militants in Yemen and held captive for more than a year, was freed.

According to Oman’s state-run news agency ONA, Father Uzhunnalil was “rescued” by Oman authorities “in coordination with the Yemeni parties.”

Upon his release, the Salesian priest “expressed thanks to God almighty and appreciation to His Majesty Sultan Qaboos (of Oman). He also thanked his brothers and sisters and all relatives and friends who called on God for safety and release,” ONA reported Sept. 12.

“We express our deep gratitude to God for the happy conclusion of this incident,” Bishop Theodore Mascarenhas, secretary general of the Indian bishops’ conference, told Fides, the news agency of the Congregation for the Evangelization of Peoples, Sept. 12.

He also expressed the bishops’ “immense gratitude to Prime Minister Narendra Modi and to Sushma Swaraj, Minister of Foreign Affairs, for having worked tirelessly for the release of Father Tom Uzhunnalil. In several meetings, the foreign minister assured us that the (Indian) government would do everything possible to release him.”

Bishop Mascarenhas also thanked Pope Francis, “who has used all his influence” to ensure the Salesian priest’s release.√Ç

After his release, the Vatican issued a statement thanking “all those who worked for his release, and especially His Majesty the sultan of Oman and the competent authorities of the sultanate.”

The statement said Father Uzhunnalil would stay with the Salesian community in Rome for a few days before returning to India.

Sister Mary Prema Pierick, superior general of the Missionaries of Charity, said she was “overwhelmed with joy for this good news.”

“We never abandoned the hope that one day Father Tom would be released. His photograph is attached to Mother Teresa’s tomb. The sisters, the poor and the people prayed every day for his liberation. We give glory to God and thank all those who prayed and worked untiringly for the release of Father Tom,” Sister Prema told AsiaNews Sept. 12.

Born in Kerala, India, the 56-year-old priest had been serving in Yemen for the past four years as a chaplain to the sisters.

Yemen has been experiencing a political crisis since 2011 and is often described as being in a state of civil war with members of the Shiite and Sunni Muslim communities vying for power; in the midst of the tensions, terrorist groups have been operating in the country, including groups believed to be associated with the so-called Islamic State and al-Qaida.

Although most Christians have fled the country, a handful of Salesian priests and about 20 Missionaries of Charity chose to stay and continue their ministry.

When the situation in Yemen began to deteriorate, two of the five Salesians, including Father Uzhunnalil, decided to stay in the country along with a handful of other Catholics despite the risks to their safety, Salesian Father Francesco Cereda, vicar of the order’s superior, told AsiaNews March 10, 2016.

The murder of the four Missionaries of Charity and Father Uzhunnalil’s abduction was denounced by Pope Francis as an “act of senseless and diabolical violence.”

The pope continued to call for Father Uzhunnalil’s release and “for the liberation of all people kidnapped in areas of armed conflict.”

Following the anniversary of his kidnapping, a video of the Salesian father was posted on YouTube by the news site, Aden Time, May 8. Appearing heavily bearded and frail, Father Uzhunnalil was shown seated with a cardboard sign on his lap with the date April 15, 2017. A similar video was posted in December.

Without describing his captors or referring to them as such, he said, “they are treating me well to the extent that they are able.”

“My health condition is deteriorating quickly and I require hospitalization as early as possible,” he said.

ONA published a picture of Father Uzhunnalil “appearing in good health” following his release and transfer to the Omani capital, Muscat.