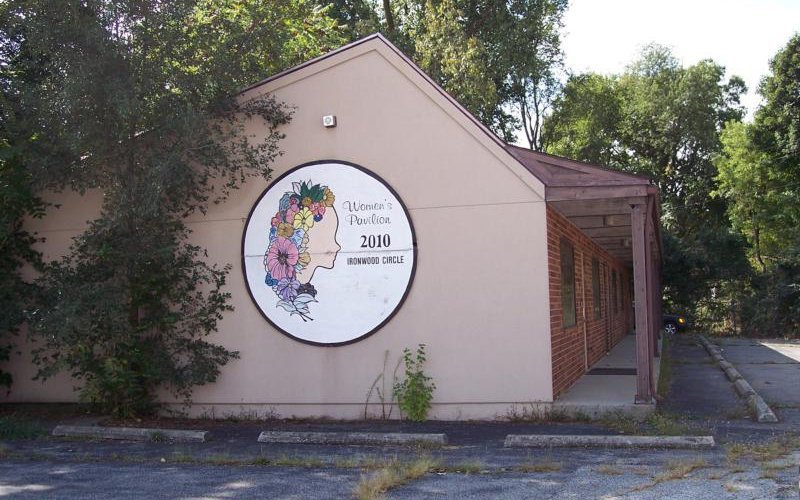 In a Sept. 17, 2019, photo, the building of Dr. Ulrich Klopfer's abortion business is seen in the Diocese of Fort Wayne-South Bend, Ind. Pro-life supporters there are asking for a search warrant to determine if more fetal remains will be found in the building. The Illinois physician died Sept. 3, 2019, and the remains of fetuses he took from the now-shuttered Indiana clinic were found in his home. (CNS photo by Ann Carey/Today's Catholic)

INDIANAPOLIS (CNS) — The story of 2,246 aborted fetal remains found at the Illinois home of late abortion doctor Ulrich Klopfer continues to unfold, with the new focal point being on neighboring Indiana, where Klopfer had once operated three abortion clinics.

From medical records found in close proximity to the remains, “we’ve been able to ascertain that (they) are pertaining to a period of time from 2000 to 2002,” said Indiana Attorney General Curtis Hill at a news conference at the Indiana Statehouse in Indianapolis Sept. 20.

Those records also identified that “all 2,246 fetal remains do come from the state of Indiana,” he added.

Klopfer, whom Hill referred to as “one of the most notorious abortionists in the history of Indiana,” formerly ran abortion centers in the northern Indiana cities of Fort Wayne, South Bend and Gary.

The buildings were abandoned after his medical license was suspended indefinitely in 2016 “as a result of a whole host of violations, including record-keeping,” Hill said.

The three buildings were searched by police Sept. 19. No additional fetal remains were discovered.

But what was found were “thousands of abandoned medical records,” he said.

When a physician retires, “ordinarily there’s some process in place where those records are transferred to another physician or the Indiana Department of Health,” Hill explained. The abandoned records have now been secured by the attorney general’s office to ensure their accessibility and to protect patient privacy.

The records will be used as part of the investigation to determine “if there is any information that would suggest that any other licensed professionals have a hand in the transference of these fetal remains across the state lines,” said the attorney general.

“Also as a part of this investigation, we’re looking to see if those records shed light on anyone else who might be culpable for particular licensing problems, as well as criminal violations … that could lead to someone being investigated for child molestation, rape or incest.”

When asked if this incident will change the licensing procedure of abortion centers in Indiana, Hill responded, “It certainly will be a consideration.”

“The purpose of having licensing procedures is, one, to identify if a particular clinic (is) appropriate for doing this kind of work, and also having follow-up to make sure that things that are supposed to be done have been done,” he said.

“It’s somewhat troubling that we look back in history and find … 2,246 fetuses that were supposed to have been properly disposed (of) and they’re not,” he admitted. “So the procedural breakdown in terms of a regulatory process, that needs to be addressed at some point.”

Hill also noted the situation is “indicative of the correctness of states like Indiana having a law that provides for what should happen to a fetus that’s been aborted,” a reference to 2016 state legislation that was upheld by the Supreme Court in May of this year.

He summarized the investigation moving forward as “trying to determine how this happened, who was involved and what, if anything, we can do about it, and what we can do going forward to prevent this from happening in the future.”

As for the 2,246 aborted fetuses, which Klopfer preserved with a biological-preserving chemical, Hill said they “are now safe” at the coroner’s office in Will County, Illinois, the county where Klopfer lived.

At a news conference in Joliet, Illinois, Sept. 19, Will County officials indicated that arrangements would be made to transfer the remains to the custody of the Indiana attorney general for his office’s investigation.

“It’s very important to bring these babies back home,” Hill said. “We want to make sure we have a safe and appropriate environment here in Indiana. We will take the time necessary to ensure that. It could be a matter of days, it could be longer. But the bottom line is we have secured the safety of those remains, and that is our top priority.”

Ultimately, the fetuses will be “treated in accordance with current Indiana law (requiring) burial and cremation and dignity and respect,” he added.

“We’re thankful the attorney general is treating these babies as babies, with the dignity and respect they deserved all along,” said Marc Tuttle, president of Right to Life of Indianapolis.

“And we’re thankful he’s taking this seriously, to get to the bottom of any laws or regulations that were violated,” he said. “We hope this is a wake-up call for authorities to continue to monitor and regulate the abortion industry, because these types of things happen too often.”

Hoefer is a reporter at The Criterion, newspaper of the Archdiocese of Indianapolis.