Injustice? Here is what injustice is - Catholic Courier 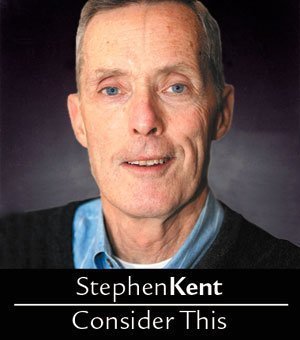 From the moment on that Sunday morning when the reaction to the verdict began to build, it was apparent this was going to grow into something beyond itself. It bothered me for a reason I could not yet discern.

The case, of course, was the acquittal of George Zimmerman of murder for the shooting death of Trayvon Martin, a black teenager.

A jury had decided the prosecution did not make its case beyond a reasonable doubt to warrant a guilty verdict.

There were immediate cries of "demanding justice."

But there was justice. A defendant was charged, tried and acquitted in a trial that provoked no criticism for lack of fairness while it was going on.

Justice does not mean a verdict guaranteed to match public opinion; it is not turning the reading of "guilty" or "not guilty" into a reality TV show.

The jury was charged, as all are, that guilt must be proven beyond all reasonable doubt. No other logical explanation can be derived from the facts other than the defendant committed the crime. A jury must acquit if there are two reasonable constructions of the evidence and one of them is consistent with innocence.

Justice was served with Zimmerman.

There was no clear evidence his action was motivated by race.

What bothered me was both the misunderstanding of the very concept of justice and forgetting or ignoring history.

The most egregious was comparing this case to Emmett Till. He was a black Chicago teenager who, in 1955, was abducted, tortured and killed and his body thrown into a river for allegedly flirting with a white woman in Mississippi. After a five-day trial, the all-white jury took all of 67 minutes to acquit the two white defendants. The defendants later admitted they indeed killed Till.

To compare a fair trial in 2013 to the miscarriages of justices in recent history is unreasonable.

Once upon a time, a white person killing a black person under any circumstance would not come to trial. The very fact Zimmerman was charged and tried is justice.

Injustice? Here is what injustice is:

* Medgar Evers, black field secretary of the National Association for the Advancement of Colored People, shot to death in front of his home in Jackson, Miss. Byron De La Beckwith, a member of the White Citizens’ Council and the Ku Klux Klan, was arrested for Evers’ murder. Juries composed solely of white men twice deadlocked on his guilt. In 1994, 30 years after the two previous trials had failed to reach a verdict, De La Beckwith was brought to trial based on new evidence and convicted of murder.

* Viola Liuzzo, a white civil rights activist from Michigan, was murdered by Ku Klux Klan members after the 1965 Selma to Montgomery marches in Alabama. First, an all-white, all-male jury acquitted four men of Liuzzo’s murder. Later, three of the men were convicted on federal charges of violating Liuzzo’s civil rights.

* The Rev. James Reeb, a member of the Southern Christian Leadership Conference, came to Selma in 1965 to join protests for African-American voting rights. He and two other Unitarian ministers were beaten by white men armed with clubs. Three white men were indicted for Reeb’s murder. They were acquitted that December.

* Three civil rights workers, who had been working on the Freedom Summer campaign in Mississippi in 1964 attempting to register African-Americans to vote, were murdered and their bodies buried in an earthen dam. After the state government refused to prosecute for murder, the federal government initially charged 18 white individuals with civil rights violations but was only able to secure convictions for seven of them.

Having an honest discussion on race in 2013 is a worthy goal. There are ways to open honest discussions on racial issues. Impugning the justice system and creating distrust is not the way. It cheapens the sacrifices of those who were martyrs for a cause, the true victims of injustice.

Yes, continue the conversation about race in America. But do it in a way that acknowledges and respects the sacrifices that have been made.