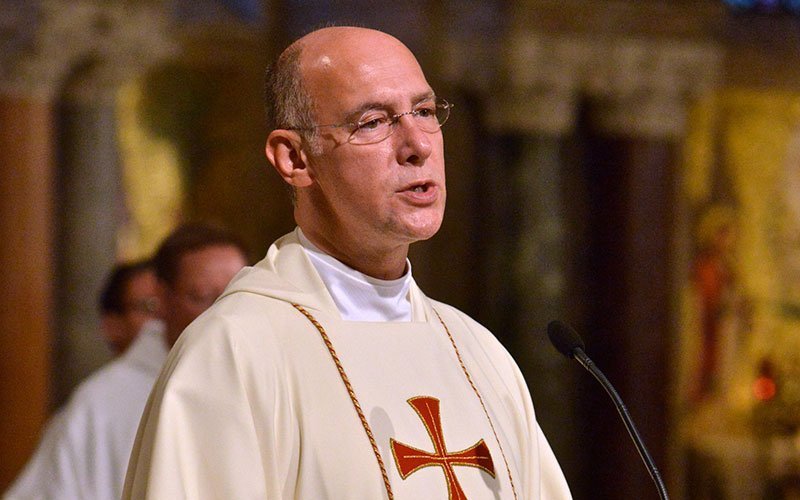 WASHINGTON (CNS) — An investigation into allegations of “sexual impropriety” by Msgr. Walter R. Rossi, rector of the Basilica of the National Shrine of the Immaculate Conception in Washington, found no “credible evidence” of such misconduct, said Bishop Joseph C. Bambera of Scranton, Pennsylvania, in a June 12 statement.

Bishop Bambera announced the investigation in 2019. Msgr Rossi, who has been rector at the shrine since 2005, is a priest of the Scranton Diocese. He was ordained in 1987.

The same day Bishop Bambera released his statement, Washington Archbishop Wilton D. Gregory issued a statement saying a separate investigation into “possible financial improprieties related to basilica assets and resources” on the part of Msgr. Rossi found “no such irregularities” and “confirmed sound fiscal management of the basilica.”

The archbishop called for this investigation, also in 2019, and oversaw it as chair of the basilica’s board of trustees.

According to Bishop Bambera, the Scranton investigation was led by outside counsel assisted by a retired FBI agent “with over 30 years of investigative experience.”

“Several witnesses were critical of Msgr. Rossi, including his managerial style at the basilica, but none were aware of or could provide firsthand knowledge of sexual impropriety,” Bishop Bambera said.

Other witnesses “merely restated unsupported and unsubstantiated rumors that previously appeared in certain publications,” he said, adding that investigators could not find “the unnamed ‘sources’ for the critical articles.”

Investigators also did a thorough search for witnesses “who could support the rumors against the priest” but did not find any such witnesses, Bishop Bambera added.

Archbishop Gregory in his statement said the financial investigation was carried out by an independent accounting firm that reviewed all of the basilica’s financial records, including “expenditures, general ledgers, credit card statements, receipts, invoices, capital budgets, bank and investment account statements.”

Investigators found “no unreasonable or inappropriate expenditures or significant issues in the financial administration of the basilica,” the archbishop said.

However, suggestions for “certain improvements in management and policy enhancements” came out of the investigation “that will benefit the basilica and will be implemented,” Archbishop Gregory said.