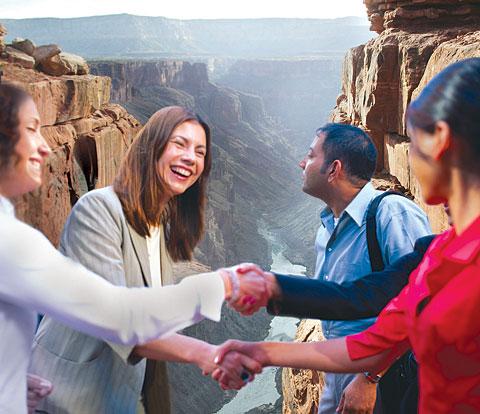 Where should the tabernacle be placed in church? Do you prefer receiving Communion on the tongue or in the hand? Would you rather receive from a priest, deacon or lay person, with or without the communal cup?

In what ways should women participate in the liturgy? Should Mass include hand-holding across the aisles, guitar music and dancers, or be solemn and feature traditional hymns?

To what degree should homosexuals, divorced people, those of other faiths, immigrants, ex-convicts and welfare recipients be accepted into the fold? What’s your position on birth control, priestly celibacy, the death penalty, euthanasia or health-care reform?

These are among the issues that divide Catholics along the lines of both ideology and personal taste. And the differences become sharper when seeking to place blame for such present-day concerns as declines in Mass attendance and the number of available priests.

Though it’s difficult to measure whether such divisions are growing locally, Bishop Matthew H. Clark sensed enough polarization in the diocesan community to cite it as a leading impetus for the three-year diocesan spiritual renewal, Spirit Alive!, which ended in mid-2010.

"We were dealing with several things — the pain and the angst, if you will, of schools and parishes closing, fallout from the (priestly) sex-abuse issues, liturgical matters, who is to be ordained, how do we reach out and embrace gays and lesbians," Bishop Clark said in a recent interview with the Catholic Courier.

In a world increasingly dominated by talk media and Internet forums that encourage venting of religious and political opinions, the present-day pain and angst referenced by Bishop Clark is expressed more bluntly and regularly, according to Father Kevin McKenna.

"It’s clear to me more and more people are becoming outspoken," said Father McKenna, the pastor of Sacred Heart Cathedral. "Today it seems more like it’s a strong sense of distrust between factions, difficulty defining the commonality between them, if there’s any commonality at all. The tendency is to demonize people we don’t agree with or understand."

Father Michael Place of Chicago — a charter board member of the Catholic Common Ground Initiative, created in 1996 to promote dialogue among Catholics who differ ideologically (see story on page A10) — said church polarization blankets much of this country.

"I think our society is a much more contentious society. In some ways the lack of civility in the time when Common Ground started, by today’s standards, looks rather civil. It’s much more difficult to get people who disagree to talk," Father Place said, adding that this dilemma "is one of the challenges of Common Ground going forward."

On the one hand, an institution as vast as the Catholic Church is bound to have ideological divides. Father McKenna said this has been true throughout church history; in fact, a portion of the book he is currently writing compares polarizing church issues of today to those of the late 1800s.

Yet branding people and viewpoints with such political labels as "liberal" and "conservative" is a relatively new phenomenon, according to the late Father John Hardon, SJ, a nationally renowned author and theologian.

"Probably not until the aftermath of Vatican Council II did (these terms) become affixed to attitudes and beliefs among members of the Catholic Church," Father Hardon wrote in 1998, two years before he died. "Prior to that time … one either totally accepted Catholic dogma and tradition as a package deal or not at all. So it could not easily be said that before recent ecclesiastical developments any political mind-set in religious matters even existed."

Father Hardon noted Pope John XXIII’s oft-cited expression that Vatican II was meant to open the church’s windows. But "the gentle breeze he foresaw entering the Church quickly became a violent storm of juxtaposed philosophies … (and) as this division became more obvious, each side waxed more strident in its declarations and more extreme in the outward manifestations of its beliefs," he wrote.

Father Hardon described the stereotypical "liberal" Catholic as someone associated with such causes as gay rights, feminism and euthanasia, who is focused more on unity among all peoples rather than just among Catholics, and who regards Vatican leadership as "an outdated, outmoded patriarchal system." Meanwhile, he characterized a stereotypical "conservative" Catholic by actions and opinions that "demand strict adherence to the true faith," often with a resistance to Vatican II initiatives. He added that conservatives are more likely to avoid holding hands during the sign of peace; to take Communion on the tongue and only from a priest; and favor Masses in Latin rather than English.

Bishop Clark succinctly addressed this partial list of ideological differences in one of his 2007 "Along the Way" columns:

Some find us helplessly polarized between those who are impatient for further change and those who fear the complete erosion of our treasured past," he wrote.

The bishop acknowledged that several of his views fall under the heading of "liberal," earning him both support and criticism.

"I can understand people who would describe me that way," said Bishop Clark, who is known locally and nationally for advocating such so-called liberal positions as defending the dignity of homosexuals and expanding women’s roles in the church.

The bishop said he’s not against the core meaning of the terms "conservative" and "liberal," adding that properly expressed viewpoints from these sides can be helpful in dialogue: "I don’t see them as destructive or pulling apart."

But he said he doesn’t like to see people labeled for their positions on perhaps a single issue, and thus he does not describe himself as either a liberal or a conservative.

"My efforts have always been not to define people by certain words. I would certainly not want to say, ‘You’re a liberal so you’re suspect.’ It doesn’t say enough about the person," Bishop Clark said. "Too often words are used as weapons. We can’t use words as weapons, labels creating a moral judgment."

He added that "I think some people use (labels) for what is really a normal disagreement," explaining that in his role as bishop, people may label him when he makes a decision — such as a school or church closing — that is difficult for both conservatives and liberals.

Bishop Clark acknowledged that he’s aware of several websites and blogs critical of his perceived liberalism on such issues as liturgical dance, gender-inclusive language and women serving as pastoral administrators. His Internet detractors also blame the bishop for a lack of priestly vocations in this diocese and lack of control over his people. Some even call for his resignation, although, with 31-plus years behind him in Rochester, he has the second-longest tenure of any bishop in diocesan history.

The bishop quickly dismissed this type of commentary. "I don’t read the blogs in general, to be honest with you. From what I’ve heard, they’re inflammatory and one-sided," he said.

In his 1998 essay, Father Hardon warned that extremist beliefs — from either side — are bound to weaken the institutional church. Ideological extremism "lends itself to a bigotry quite often found in social and political systems, but no such taint should ever be allowed to mar our religious and ethical behaviors," he wrote.

So how can we, as Catholics, achieve bipartisanship, so to speak? The good news, according to Father Place, is that most Catholics land somewhere between those who are "screaming from either end of the continuum." He said this majority does not seek or perceive divisions among fellow Catholics, and has a mix of viewpoints that cannot easily be distinguished as either left-wing or right-wing.

"Most people are fairly eclectic about what their comforts are. I mean that almost in a complimentary way," Father Place remarked.

For those who cling to positions on either side of the divide, Father McKenna called for an emphasis on commonality at a time when the Catholic Church can ill afford an ideological civil war.

"It’s quite clear that there are some major challenges we’re facing at the present time about our growth," Father McKenna observed, citing such nationwide challenges as declining Mass attendance, vocations and financial contributions. "Can we somehow get past all those labels, somehow appreciate where each person is coming from and work toward some kind of resolution? That’s ultimately going to be the keystone for us. What we can do in the name of Christ Jesus, so we can see the umbrella over all of us?"

During his Oct. 21 presentation at Nazareth College kicking off the annual William H. Shannon Chair in Catholic Studies lecture series, noted journalist John L. Allen Jr. likewise expressed a call for unity amid a range of social, demographic and technological challenges he said the church would be unable to adequately address if it continues arguing with itself (see story on page A16).

Bishop Clark, meanwhile, remarked that he doesn’t seek "to form an ideological community, but a community of faith."

"We need to keep our biases and ideologies subordinate to the call of the Holy Spirit. There has to be the sense that there’s something greater than any ideology," the bishop said.