Isaiah is called to be a prophet of God - Catholic Courier 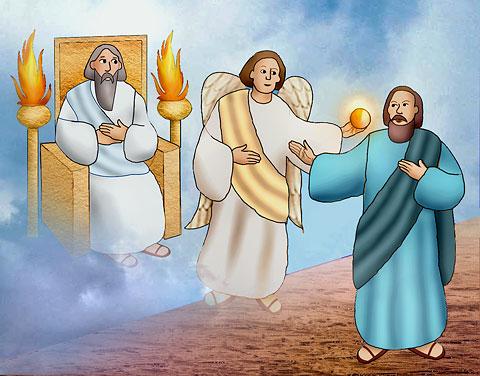 Isaiah is called to be a prophet of God

Bible Accent: The book of Isaiah

Isaiah is called to be a prophet of God

Isaiah received his call from God to be a prophet in the same year that King Uzziah died. He looked forward and saw the Lord on a beautiful throne encircled by winged seraphim with veils covering their faces. They praised God by saying, “Holy, holy, holy is the Lord of hosts! All the earth is filled with his glory.” Then Isaiah’s house was immediately filled with smoke and the door frame shook.

Isaiah became fearful and cried out, “Woe is me, I am doomed. I am a man of unclean lips, living among a people of unclean lips; yet I have seen the King, the Lord of hosts.”

After Isaiah said this, one of the seraphim came down and touched Isaiah’s lips with an ember from the altar that had been burning in front of the Lord’s throne. He said, “See, now that this has touched your lips, your wickedness is removed, your sin purged.”

Then the voice of the Lord spoke. “Who shall I send? Who will go for us?”

“Here I am,” answered Isaiah. “Send me.” From that moment, God would give Isaiah words to speak to the people of Israel.

“I come to gather nations of every language,” Isaiah said, speaking for the Lord, “they shall come and see my glory. I will send fugitives to the nations … and they shall proclaim my glory among the nations. They shall bring all your brethren from all the nations as an offering to the Lord, on horses and in chariots, in carts, upon mules and dromedaries, to Jerusalem, my holy mountain, says the Lord, just as the Israelites bring their offering to the house of the Lord in clean vessels. Some of these I will take as priests and Levites, says the Lord.”

Isaiah recorded his prophecies so that the words given to him by the Lord would be heard by people who lived long after Isaiah himself was gone. He left a prophecy that promised a beautiful place where God’s people would be with him forever. “As the new heavens and the new earth which I will make shall endure before me, says the Lord, so shall your race and your name endure. From one new moon to another, all mankind shall come to worship before me, says the Lord.”

Bible Accent: The book of Isaiah

The Book of Isaiah records the ministry and prophecies of one of the greatest of the Old Testament prophets. Isaiah lived in the 8th century before the birth of Christ. Although much of the book was written by Isaiah himself, most biblical scholars believe that at least two other writers were responsible for a portion of the text. Isaiah prophesied during the reign of three different kings of Israel, Jotham, Ahaz and Hezekiah. When the prophets would speak, they did so as if the Lord himself were speaking. Sometimes the people who were being criticized by the Lord listened and changed their ways, sometimes they did not. There are examples of how God demonstrated both his anger and his love throughout the books of the prophets as well as the entire Old Testament. But the message, even in moments of God’s anger, is that God loves his people, and he wants them (us) to love him in return.

Rose (1586-1617) was born in Lima, the capital of Peru. She was given the name Isabel, but was more commonly called Rose. She tried to follow the example set by St. Catherine of Siena, even though she was made fun of. She was often complimented about her beauty, but she did not want the attention. When her parents lost most of their money in a failed investment, Rose worked long days in a garden or by taking in sewing to help with the family expenses. She took a vow of chastity and joined a Dominican order, where she lived almost as a hermit. The last years of her life were spent fighting illness and painful conditions. She was declared a saint by Pope Clement X in 1671, which made her the first canonized saint of the New World. We honor her on Aug. 23. 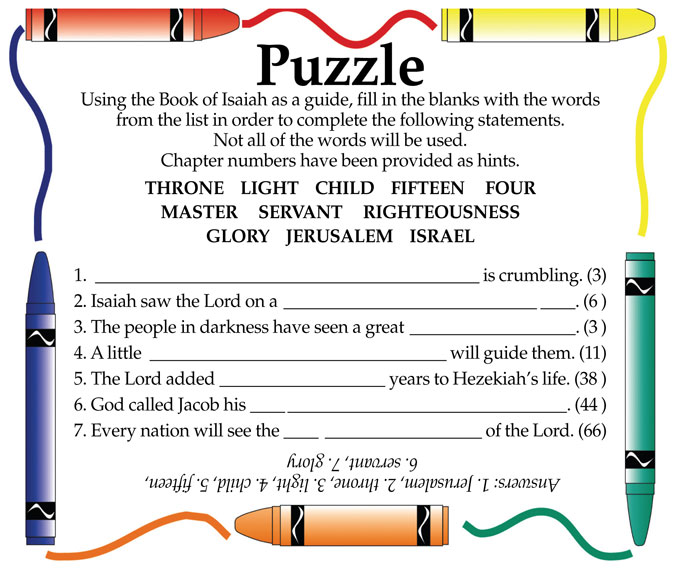