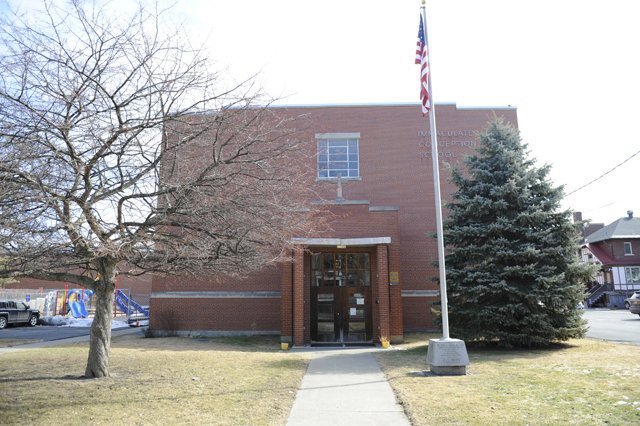 Ithaca’s Immaculate Conception School, a mainstay of Catholic education in Tompkins County for more than 130 years, will close at the end of the 2016-17 school year.

The closing was announced to school families in a May 10 letter from Father Augustine Chumo, pastor of Immaculate Conception Parish, and Donald Mills, the school’s principal. Father Chumo cited significantly declining enrollment and depleted finances as reasons for the closure.

Enrollment at Immaculate Conception is at a historic low, with 70 youths currently attending prekindergarten through sixth grade. Only 56 students were expected to enroll this fall. These troubling statistics, Father Chumo explained to the Catholic Courier May 10, have put considerable financial strain on both the school and Immaculate Conception Parish, which subsidizes the school’s operation.

“The (low) number of children and no money in the savings — you can’t fight two realities at the same time,” Father Chumo said. “Those two things are very, very difficult to tackle at the same time.”

He added that a recommendation for closure grew out of meetings involving parish and diocesan officials over a period of many months.

“It was not just something that caught us unaware,” Father Chumo remarked.

The recommendation, presented by Immaculate Conception Parish leadership, was accepted by Bishop Salvatore R. Matano after consultation with the diocesan Presbyteral Council, an advisory group of priests from throughout the diocese.

“The difficult decision to accept the recommendation to close Immaculate Conception School was made after much prayer, financial analysis and consultation,” Bishop Matano said in a statement. “I am deeply grateful to the parish and school communities, which have tried to sustain the school for many years. Now the situation has reached a point where increased costs and projections of further declines in enrollment have created serious and untenable financial burdens that cannot continue.”

Dr. Anthony S. Cook III, diocesan superintendent of Catholic schools, also praised Immaculate Conception’s faculty and staff, saying in a statement, “I have come to know the dedicated people at the school very well, and have been so proud of their efforts to carry on the school’s long tradition of excellence.”

“It is very, very unfortunate to see a school close, a very painful thing for young children and their families and teachers,” Father Chumo told the Courier, adding that “changing times and demographics are realities beyond our control.”

Immaculate Conception, located at 320 W. Buffalo St. in Ithaca, has long been the only Catholic school in Tompkins County, drawing students not only from Ithaca but numerous surrounding communities as well. The school’s roots go back to Sept. 5, 1884, when seven Sisters of St. Joseph from Rochester arrived in Ithaca by train to get the school ready. Immaculate Conception was officially dedicated by Rochester’s first bishop, Bishop Bernard J. McQuaid, three days later.

Father Chumo said that as Immaculate Conception School enters its final weeks of existence, he is encouraging all involved to recall the many high points of its long and proud history.

“I think we need to celebrate God’s faithfulness for the last 130 years, celebrate all the good memories,” Father Chumo said.