It's very much a moral thing - Catholic Courier 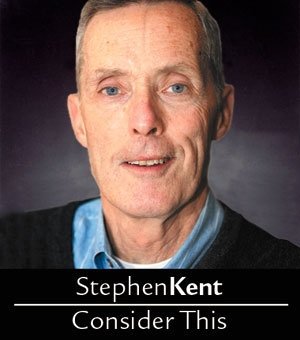 The infantile bickering and impotence of Congress may be a "political thing" to many but to those millions of Americans who stand to lose their unemployment benefits, it is very much a moral thing.

"When the economy fails to generate sufficient jobs, there is a moral obligation to help protect the life and dignity of unemployed workers and their families," said Bishop Stephen E. Blaire of Stockton, Calif., in a Dec. 12 letter to House members.

This came at a time when 15 percent of Americans — including one in four children — live in poverty.

"Economic Justice For All," the U.S. bishops’ pastoral on the economy recently celebrated its 25th anniversary. In retrospect, the pastoral is both prophetic and predictive. It is prophetic in the true sense of that word for being a call to return to the ways of justice, predictive in accurately forecasting the present plight.

It is a shining example of upholding the dignity of the human person, what New York Archbishop Timothy M. Dolan calls "a primary doctrine" of the church.

The tragedy is that the richness of this document has not been accepted to the degree it should.

When it was published in 1986, much criticism centered upon the bishops getting into secular matters, that they dealt with matters too specific beyond their competence. Perhaps they should not have delved into matters of agricultural policy. That might be a "political thing" but they had every right and obligation to deal with feeding the hungry — a "moral thing."

They anticipated this, saying in the pastoral’s introduction:

"We speak as moral teachers, not economic technicians. We seek not to make some political or ideological point but to lift up the human and ethical dimensions of economic life, aspects too often neglected in public discussion."

At a seminar in Washington last month on the anniversary of the pastoral came an ex post facto charge that bishops now lack the moral authority to have their teachings taken seriously.

Somehow this implies that since some bishops leave much to be desired in their administrative and judgment abilities the validity of the message is compromised. But it is the teaching, not the teachers, that is significant.

What can a pastoral, written a quarter century ago, offer to today’s politically charged economy?

It is extremely valuable to read the opening "Why We Write," a timeless lesson on biblical justice. (Find it at: www.usccb.org/upload/economic_justice_for_all.pdf.)

Chapter Two is perhaps the most valuable since it focuses on the Christian vision of economic life which contains a biblical perspective and ethical norms, as well as sections dealing with working for greater justice and Christian hope and courage. It is a way in this election year to see and evaluate events through the lens of our faith.

When babblethons of "debates" substitute for discourse, it is good to rely upon a solid foundation built upon millennia of biblical justice.

"This letter is a personal invitation to Catholics to use the resources of our faith, the strength of our economy and the opportunities of our democracy to shape a society that better protects the dignity and basic rights of our sisters and brothers, both in this land and around the world," the bishops wrote 25 years ago.

It remains a good invitation to an opportunity for a meaningful New Year’s resolution.