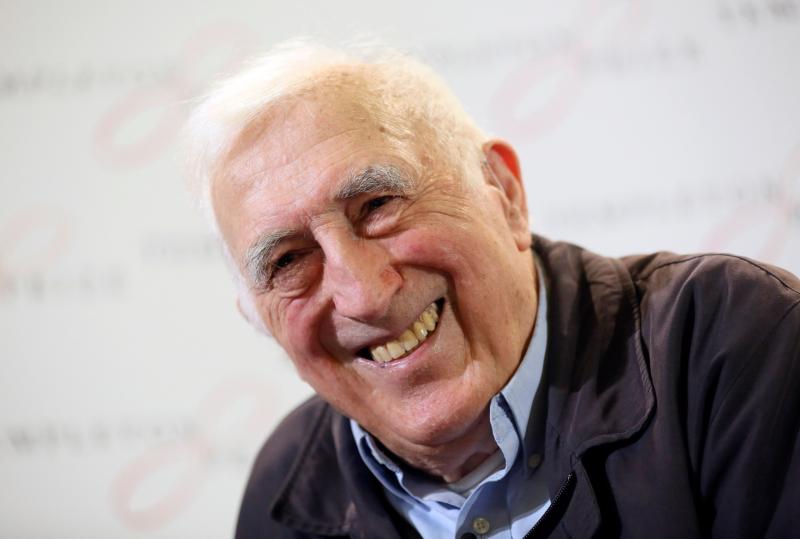 Jean Vanier, founder of the L'Arche communities, is pictured in a March 11, 2015, photo. Vanier, a Canadian Catholic figure whose charity work helped improve conditions for the developmentally disabled in multiple countries over the past half century, died May 7 at age 90. (CNS photo courtesy Jean Vanier Association)

MONTREAL (CNS) — Jean Vanier, founder of the ecumenical L’Arche communities that provide group homes and spiritual support for people with intellectual disabilities, used his status to have “manipulative” sexual relationships with at least six women, concludes an internal investigation commissioned by the organization.

The investigation reports “sincere and consistent testimony covering the period 1970-2005” from six adults, none of whom had disabilities.

These women report Vanier initiated sexual relations with them, the report says. Vanier, who died in 2019, asked the women to keep their relations secret.

The report says the women reported similar facts, although they did not know each other or about their parallel histories.

L’Arche International promised “a thorough and independent investigation” in order “to better understand our history, to improve our work in preventing abuse and thus to improve our own current policies and practices.” In particular, the organization wanted to shed light on the environment surrounding Father Thomas Philippe, Vanier’s spiritual director, who had sexually abused adult women who were not disabled; the organization learned about it in 2015, 22 years after the priest’s death. In a church trial in the 1950s, the priest was banned from exercising any public or private ministry.

The alleged acts with Vanier took place in Trosly-Breuil, France, where L’Arche was founded in 1964 and where Father Philippe and Vanier lived almost permanently until their deaths. All the testimonies mention the same procedure: The women received an invitation to go to Vanier’s room, under the pretext of receiving spiritual direction.

In a letter addressed to members of L’Arche communities around the world, which was due out Feb. 25 but leaked to the media earlier, Stephan Posner and Stacy Cates-Carney, respectively international officer and vice international officer, presented the main conclusions of the investigation entrusted to the British consulting firm GCPS Consulting, which specializes in situations involving children or vulnerable persons. Members of L’Arche were informed last June that such a process had begun.

The investigation reveals the depth of the relationship between Vanier and Father Philippe and says Vanier lied when he said he was unaware of the canonical sanctions against his mentor.

A Feb. 22 statement from Tina Bovermann, executive director of L’Arche USA, said that as a “member of a group of followers of Philippe, starting in the 1950s, Jean Vanier not only subscribed to Philippe’s theology, which the Catholic Church deemed heretical. He also shared sexual practices, similar to those of Philippe, with several women. The inquiry found no evidence that these specific relationships were not consensual. It is clear that Jean Vanier enabled Philippe to be involved in the L’Arche community in Trosly until his death in 1993, and thus potentially failed to prevent further abuse.”

The six women mentioned above were not part of this founding group, the survey notes.

“When we read the investigation report, we were devastated,” said Louis Pilotte, L’Arche Canada national director. “For most L’Arche leaders, it is a shock. For all of us, it’s a situation we couldn’t have imagined.”

“There is no testimony, neither in this investigation, nor in the one concerning Father Philippe, that refers to relationships with people in a situation of disability,” Pilotte emphasized.

“The impact of this news will be devastating,” Pilotte added. “The shock will be felt far beyond L’Arche and the Catholic community. Jean was a figure recognized everywhere, in all religions.”

Contributing to this story was Francois Gloutnay in Montreal.

Vaillancourt is editor of Presence info, Montreal. Gloutnay is a reporter with Presence.