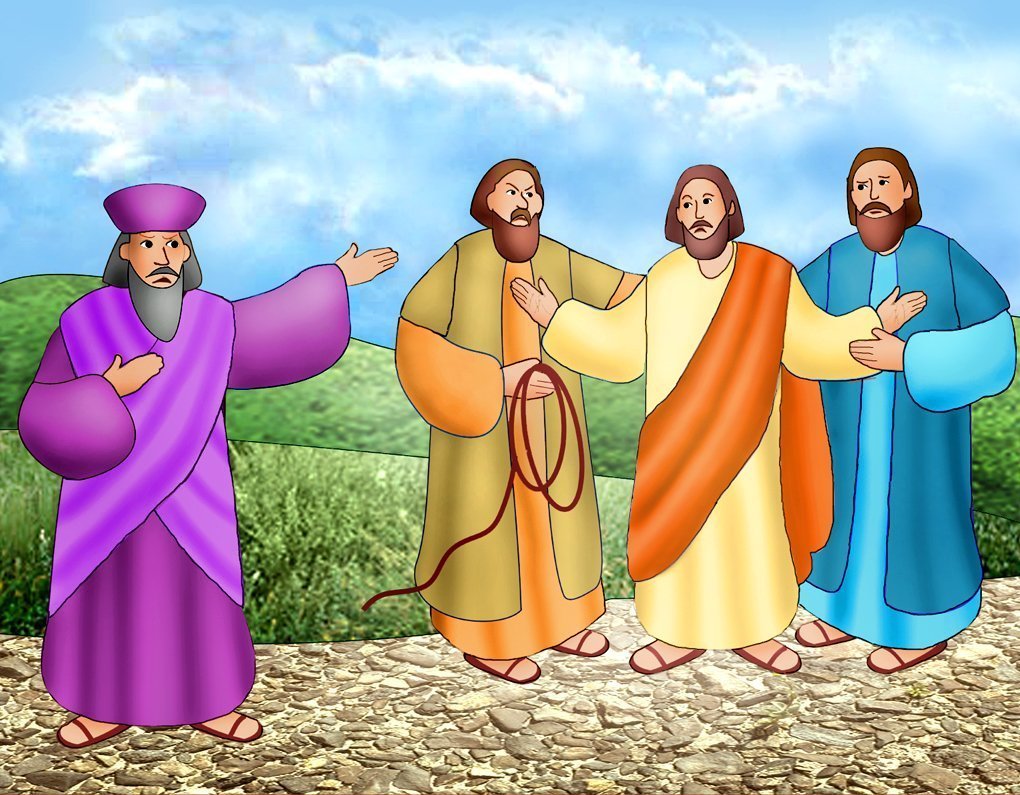 Jeremiah was speaking words that angered Pashhur the chief priest, so he ordered the prophet to be whipped and put into the stocks by the Gate of Benjamin until the next morning. Upon his release Jeremiah said, “ Instead of Pashhur, the Lord will name you ‘Terror on every side.’ For thus says the Lord: Indeed, I will deliver you to terror, you and all your friends.” Jeremiah warned Pashhur that Judah and all of its wealth would be given over to the Babylonians.

But, later when Jeremiah was alone, he cried out to the Lord. “You duped me, O Lord, and I let myself be duped; you were too strong for me and you triumphed.” The prophet ran his fingers through his hair and wiped tears from his eyes. “All the day I am an object of laughter; everyone mocks me.”

Jeremiah tried to explain his problem to the Lord. It seemed to him that by delivering God’s messages, he angers the people that he loves. “Whenever I speak, I must cry out, violence and outrage is my message; The word of the Lord has brought me derision and reproach all the day.”

Pacing back and forth nervously, Jeremiah said to God and to himself, “I say to myself, I will not mention him, I will speak his name no more. But then it becomes like fire burning in my heart, imprisoned in my bones; I grow weary holding it in, I cannot endure it.”

Jeremiah cupped his hands over his ears. “Yes,” he said, “I hear the whisperings of many” ‘Terror on every side! Denounce! Let us denounce him!’ “All those who were my friends are on the watch for any misstep of mine. ‘Perhaps he will be trapped; then we can prevail, and take our vengeance on him.’”

But then Jeremiah stood silent for a few minutes before looking up toward heaven. He remembered that he was a servant of God. “But the Lord is with me,” he declared, “like a mighty champion: my persecutors will stumble, they will not triumph. In their failure they will be put to utter shame, to lasting, unforgettable confusion.”

As he spoke, he gained more courage, which turned to joy. “Sing to the Lord, praise the Lord, for he has rescued the life of the poor from the power of the wicked!”


READ MORE ABOUT IT:
Jeremiah 20

Q&A
1. How did Pashhur punish Jeremiah?
2. Why was Jeremiah upset about the message he had to preach?

Jeremiah’s name means “one who is lifted up by God,” yet the prophet often struggled to understand what God wanted him to do. When Jeremiah was speaking the words God had given to him, his homeland was in a time of political change. The Assyrian Empire was losing its control, and Babylonia was becoming the new world power. One of the most important themes of the Book of Jeremiah is that we should be compassionate and prayerful people who are faithful to God.

Simon Peter, a fisherman from Galilee, was one of the first of the Twelve Apostles chosen by Jesus.

Although he was one of Jesus’ closest friends and present at some of the most important moments of the life of Christ, he denied he knew the Lord three times before the crucifixion. He later cried from the shame of what he had done.

Yet it also was Peter who spoke what is called the great proclamation of faith, when he told Jesus, “You are the Christ, the son of the living God.” Jesus said Peter was like a rock, which is the meaning of his name.

The Book of the Acts of the Apostles records how Peter played a leadership role in the early Christian community after Jesus had ascended into Heaven. He wrote three letters, which are part of the New Testament. Unverified accounts say that Peter died a martyr, nailed to a cross hanging upside down. We honor him on June 29.