Jesus asks the apostles who they think he is - Catholic Courier 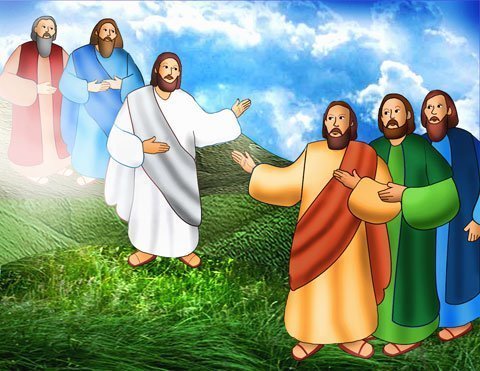 Jesus asks the apostles who they think he is

Jesus asks the apostles who they think he is

Jesus called the Twelve Apostles together and he gave them the authority to heal diseases and to cast out evil spirits. He also sent them out to preach about the kingdom of God. He told them not to take any unnecessary provisions, and they obeyed him. They went into villages and towns spreading the Gospel and healing people who were sick.

On another time, when the Twelve Apostles were the only other people with him while he was trying to pray in private, Jesus asked his friends a very important question. “Who do the crowds say that I am?”

They answered, “John the Baptist; others, Elijah; still others, ‘One of the ancient prophets has arisen.’”

Then Jesus asked, “But who do you say that I am?”

Peter replied, “The Messiah of God.”

As soon as Peter said this, Jesus instructed his apostles not to say that to anyone else. Then he gave the men a prophecy about himself. “The Son of Man must suffer greatly and be rejected by the elders, the chief priests, and the scribes, and be killed and on the third day to be raised. If anyone wishes to come after me, he must deny himself and take up his cross daily and follow me. For whoever wishes to save his life will lose it, but whoever loses his life for my sake will save it. What profit is there for one to gain the whole world yet lose or forfeit himself?”

About a week after this, Jesus invited Peter, James and John to come up into the mountains with him to pray. As Jesus was praying his face hanged and his clothes turned a bright white, and then two men appeared and began speaking with him. They were Moses and Elijah, and they spoke to Jesus about the things he was about to do in Jerusalem.

When the two prophets were about to leave, Peter said, “Master, it is good that we are here; let us make three tents, one for you, one for Moses, and one for Elijah.” As soon as Peter had said this a thick cloud formed in the sky above them, and the men were in its dark shadow. They became very afraid.

A voice spoke from out of the cloud and said, “This is my chosen Son; listen to him.” And then Peter, James and John were alone again with Jesus.

READ MORE ABOUT IT:
Luke 9

Q&A
1. Who did Peter say Jesus was?
2. Who did the apostles see speaking with Jesus?

Luke is credited with writing both the Gospel that bears his name and the Book of the Acts of the Apostles. Both books are addressed to the same man in their first few verses. In his Gospel, Luke records many of the important events and miracles in the life of Jesus, while in Acts, Luke tells us about the work of the early Christians. Luke traveled with Paul on some of his missionary journeys, and in the Letter to the Colossians Luke is called “the beloved physician.” When Paul felt his companions had deserted him, he wrote to Timothy and said to him, “Luke is the only one with me” (2 Timothy 4). Because of Luke’s faithfulness to Jesus and his commitment to his friends and fellow Christians, we have two very important books of the New Testament.

William of Vercelli (1085-1142) was put into the care of relatives after the death of his parents when he was still a young boy. He knew he wanted to pursue a religious life, so he set out on a pilgrimage to Spain when he was 14, and he wanted the journey to test the limits of his body as well as his mind and spirit. Time led him to the mountains of Italy, where he lived as a hermit. While here, he performed his first miracle, which was the healing of a blind man. Although he still wanted to be a hermit, he attracted followers, so he started a religious community, one of several he founded during his life. King Roger II of Naples invited William to be one of his advisers. We honor William on June 25. 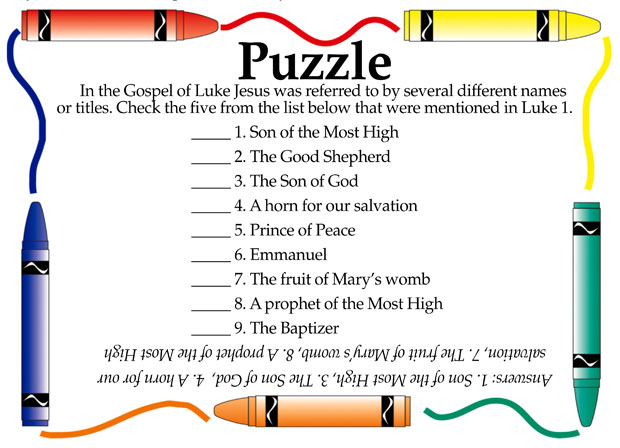