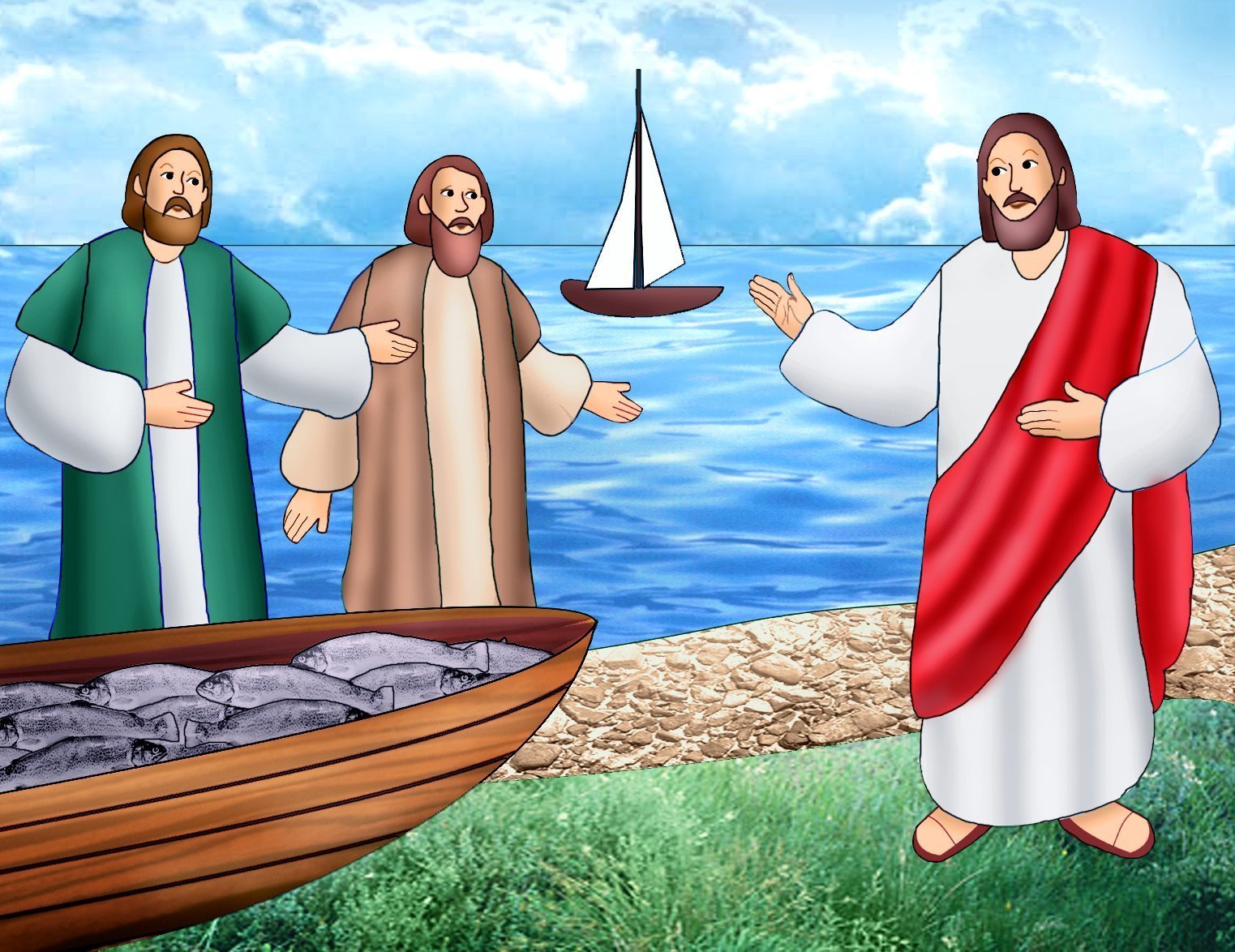 When Jesus learned that John the Baptist had been arrested, he left Nazareth and moved to Capernaum, a city on the sea. By doing this, he fulfilled the prophecy of Isaiah that said, “Land of Zebulun and land of Naphtali, the way to the sea, beyond the Jordan, Galilee of the Gentiles, the people who sit in darkness have seen a great light, on those dwelling in a land overshadowed by death light has arisen.”

From that moment, Jesus knew he had to continue to preach the message of John, “Repent, for the kingdom of heaven is at hand.” John said he had been chosen to prepare the way of the Lord. Jesus was the Lord, and his message and ministry would be much more powerful than that of John. Jesus knew he would need men to help him and learn from him. Men he knew he could trust. He went out to find the right men.

As he walked along the shore of the Sea of Galilee one afternoon, he saw two men casting their fishing nets into the water. They were brothers, and their names were Simon and Andrew.

Jesus called out to them, “Come after me, and I will make you fishers of men.” Even though fishing was the only way they could support their families, the two brothers immediately left their work and followed Jesus.

As Jesus walked further along the shore with his new friends , they saw two other brothers, James and John, who were fishing from a boat with their father. Jesus called them, and they, too, left their work to follow Jesus. Having selected the first of his disciples, Jesus traveled throughout the region of Galilee. He preached everywhere he went, spreading the good news of the kingdom of God, and he healed people who were sick with many different kinds of diseases and ailments. People who had been in pain or were paralyzed or tormented by spirits were cured and made whole.

Word of the wonders performed by Jesus spread as far away as Syria, and crowds from Galilee, Jerusalem, Judea and beyond the River Jordan formed around him.

READ MORE ABOUT IT:
Matthew 4

Q&A
1. What was the first message Jesus wanted to preach?
2. What did Jesus say when he called Peter and Andrew?

Jesus called his first disciples to be with him while he traveled and taught and to prepare them for the ministries he had planned for them in the future. Instead of finding scholars of the law and religious leaders, Jesus called men who worked in a variety of occupations. Peter and his brother Andrew were fishermen, and Matthew a tax collector.

Tax collectors were considered no better than thieves by the average citizen, but Matthew became the author of one of the four Gospels. Jesus did not have to plead or beg his followers. He often simply said, “Follow me,” and the men left what they were doing to go with Jesus. The Book of Acts tells us about the ministries of some of the early disciples and other Christians after Jesus ascended into heaven. We can be disciples of Jesus today by following his commandments.

Eystein Erlandsson (d. 1188) was appointed the second Archbishop of Nidaros in Norway. He also served as chaplain to King Inge. Eystein wanted to build a church community in Norway that followed the same guidelines as the churches in the western part of the world. One of the building projects he worked on was the enlargement of the Christ Church cathedral.

Eystein performed the first royal coronation in Norway, established a code of laws of conduct for the church and founded several religious communities. Eystein was devoted to St. Thomas Beckett, and he wrote a book called The Passion and Miracles of the Blessed Olaf. We remember him on Jan. 26.