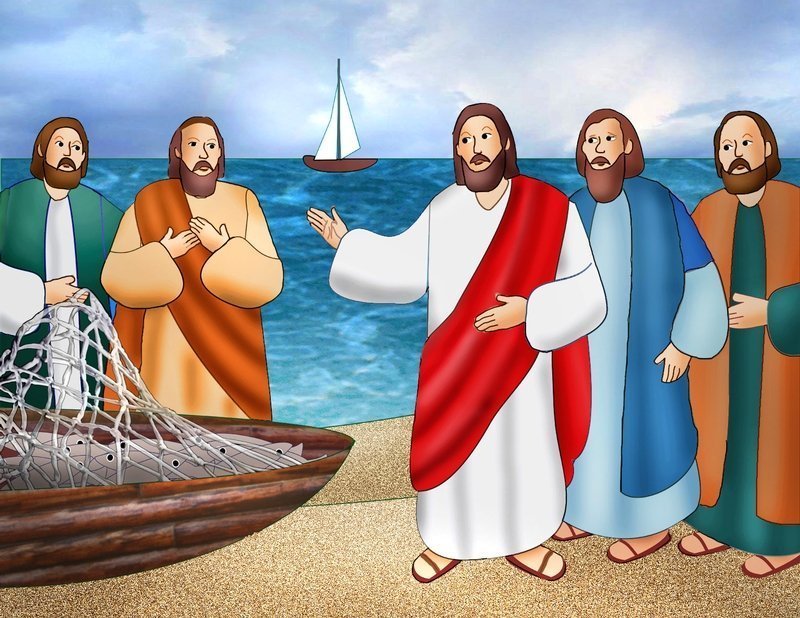 Before beginning his public ministry, Jesus spent 40 days and nights in the desert. During that time, he was tempted by Satan, but he didn’t give in to the devil’s evil ways.

At the end of his time in the desert, Jesus learned that his cousin, John the Baptist, had been arrested. Upon hearing the news, he withdrew to his home in Galilee.

Jesus then decided to leave his home in Nazareth and move to a different city in Galilee. He went to Capernaum, which is located by the Sea of Galilee in the region of Zebulun and Naphtali.

Jesus’ move to Capernaum fulfilled a prophesy about the Messiah that can be found in the book of Isaiah:

“Land of Zebulun and land of Naphtali, the way to the sea, beyond the Jordan, Galilee of the Gentiles, the people who sit in darkness have seen a great light, on those dwelling in a land overshadowed by death light has arisen.”

When Jesus arrived in Capernaum, he began to preach to all who would listen.

“Repent, for the kingdom of heaven is at hand,” Jesus told the people.

One day, as he was walking by the Sea of Galilee, Jesus saw two men who were casting a net into the water. The men were brothers. Their names were Andrew and Simon, who also was known as Peter.

Jesus called out to them.

“Come after me, and I will make you fishers of men,” Jesus said.

Simon and Andrew looked at each other. They dropped their nets and followed Jesus.

The three new friends kept walking along the sea. They eventually came upon another pair of brothers, James and John, who were mending fishing nets on their father’s boat. Jesus called out to them and asked the men to follow him. James and John left their father on the boat and went with Jesus, Simon and Andrew.

Jesus and his friends traveled all around Galilee. Jesus taught in the synagogues, proclaimed God’s Gospel and cured people of their diseases.

As Jesus’ fame as a preacher and a healer spread, people came from all around to be cured by him and also to follow him.

1. What city did Jesus move to?

2. Who were the first two men Jesus asked to follow him?

What is the difference between Jesus’ followers?

As Jesus’ reputation as a preacher and healer became known, random people would follow him from town to town to hear him talk or in hopes of being cured by him. In Matthew 4:25, we read that “great crowds from Galilee, the Decapolis, Jerusalem, and Judea, and from beyond the Jordan followed him.”

Disciples were not just random followers. As Jesus traveled around Galilee, he called specific people to follow him and learn from him. The first people he called were Simon, Andrew, James and John.

As Jesus’ ministry continued, he chose 12 men from among his disciples to be his best and closest assistants. In Matthew 10, we read that these men — called apostles — were sent on missions to preach God’s word, and they were given “authority over unclean spirits to drive them out and to cure every disease and every illness.”

The apostles are listed in Matthew 10:2-4. They were Peter, Andrew, James, John, Philip, Bartholomew, Thomas, Matthew, James (the son of Alphaeus), Thaddeus, Simon the Cananean and Judas Iscariot.

St. Nicholas was the bishop of Myra, Turkey, in the fourth century, and he was known for his piety and zeal.

Few other facts are known about St. Nicholas, but there are plenty of legends.

One tells of a man who lost all of his money and could not afford the dowries needed so that his three daughters could be married. So, St. Nicholas walked by the man’s house and tossed three bags of gold into an open window. It is said the bags landed in shoes or stockings being dried by the fire.

That’s why in some countries, children leave out their shoes or stockings to be filled with gifts on the saint’s Dec. 6 feast day.

St. Nicholas was made popular in America by Dutch settlers, who called him by a different name: “Sint Niklaas,” which evolved to “Santa Claus.”