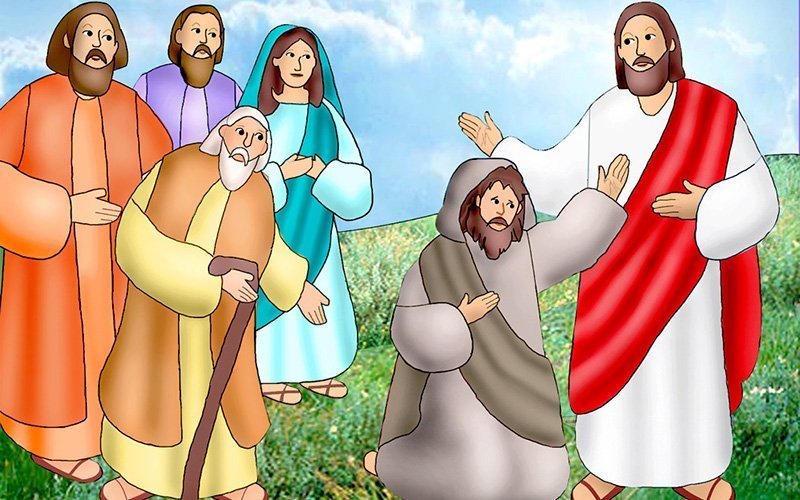 Bible Accent: Voice in the desert

After Jesus had been baptized by John, he spent time in the desert. When he came out, he went to Galilee and began preaching for the people to repent. He also began healing people who were sick and casting out evil spirits. When he entered Capernaum, he met a man tormented by such a spirit.

The spirit cried out to Jesus, “What have you to do with us, Jesus of Nazareth? Have you come to destroy us? I know who you are — the Holy One of God!”

Jesus did not answer the spirit, but instead commanded, “Quiet! Come out of him!” With shouting and groaning, the spirit came out of the man. This miracle amazed the people who had seen it happen, and Jesus’ reputation spread throughout the region.

Later, Jesus went to the home of Simon, whose mother-in-law was very sick with a high fever. Jesus went to the woman’s bedside, held her hand and helped her stand up. She was healed and was able to wait on her guests.

Later in the evening, many people gathered outside where Jesus was, hoping he would heal their sick family members and friends. And Jesus healed many people, before going to bed. When he woke up early the next morning, he found a quiet place where he could be alone to pray. Simon and the other apostles found Jesus and said, “Everyone is looking for you.” And Jesus answered, “Let us go on to the nearby village that I may preach there also. For this purpose have I come.”

One of the people who wanted to be healed by Jesus was a leper. The leper knelt before Jesus and said, “If you wish, you can make me clean.” Jesus felt compassion for the man. He reached out and touched him and said, “I do will it. Be made clean.”

The man was immediately healed. But Jesus added one request: “See that you tell no one anything, but go, show yourself to the priest and offer for your cleansing what Moses prescribed; that will be proof for them.”

But the man was so excited and grateful that he could not help but tell everyone what had happened to him. This only made more crowds seek Jesus out for healing and other miracles.

READ MORE ABOUT IT:
Mark 1

Bible Accent: Voice in the desert

The Gospel of Mark opens with the ministry of John the Baptist, who declared he was, “A voice of one crying out in the desert: ‘Prepare the way of the Lord.’” Jesus came to John to be baptized, and immediately was driven into the desert where he was tempted by Satan and ministered to by angels. When Jesus entered Galilee after his time in the desert, he proclaimed, “The kingdom of God is at hand. Repent, and believe in the gospel.”

Jesus chose his first followers and began to heal the sick and perform other miracles. Not everyone was happy with the message of Jesus. The scribes and Pharisees often accused him of disobeying the laws of Moses, and they often tried to trick him into saying something they could criticize him for. Eventually Jesus was betrayed, arrested and sentenced to death. But even that did not stop his ministry. He rose from the dead and sent the Holy Spirit to help us follow the example Jesus set for us.

Scholastica (480-543) was the sister of St. Benedict, and possibly also his twin. Like her brother, her faith was very important to her.

She joined a religious order and eventually founded a nunnery not far from her bother’s monastery in Italy. She and Benedict saw each other once a year. Since she was not permitted to enter the monastery, they would meet with at a house nearby. They would visit and spend time praying and praising God.

On one particular visit, Scholastica asked her brother to remain one more day so they could see each other again. Benedict said he could not spend the night away from his monastery. She could not change his mind, so she prayed to God to help her. A terrible storm descended shortly after, and Benedict could not leave the house. He spent the next day with his sister, who died three days later.