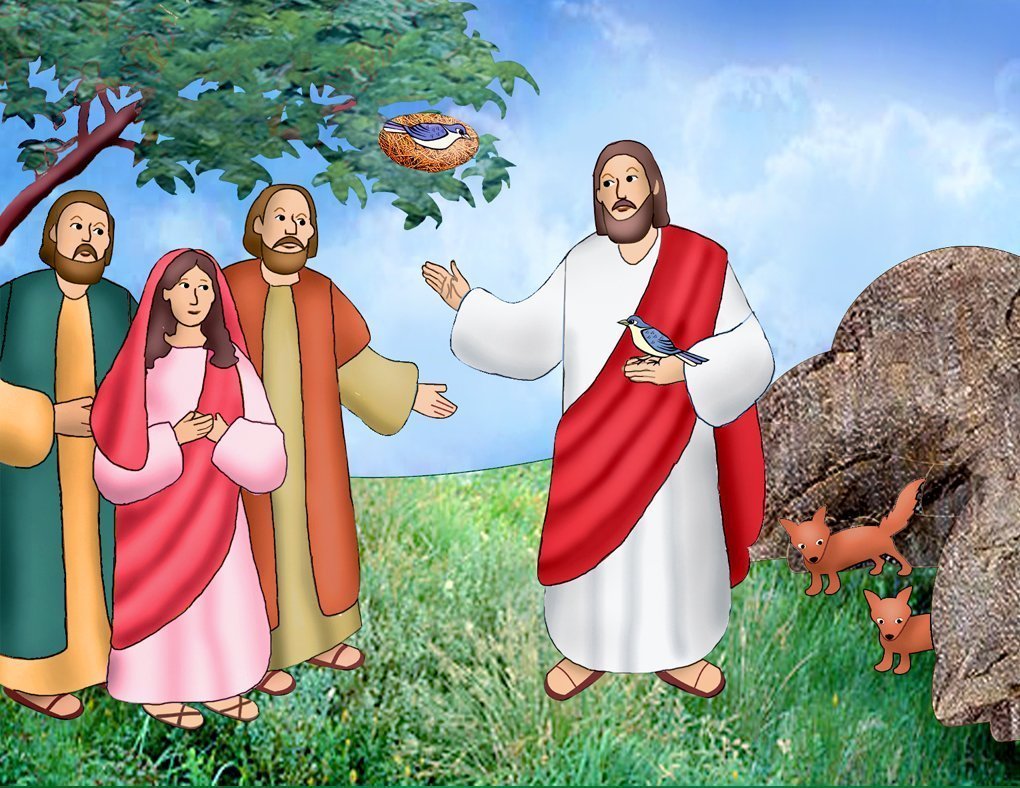 Jesus knew this time on earth would soon be over, so he made up his mind to travel to Jerusalem. He sent some messengers first to make preparations for his visit. Along the way, the messengers had to pass through a Samaritan village. When they tried to make arrangements for Jesus to spend some time there, the Samaritan people were very unfriendly to them, because they knew Jesus would be on his way to Jerusalem. The messengers returned to Jesus and reported what they had seen and heard.

James and John, two of the apostles, were with Jesus when the messengers told their story. They were angry with the Samaritans. They asked Jesus, “Lord, do you want us to call down fire from heaven to consume them?” Instead of agreeing with them, Jesus criticized them for wanting revenge. He proposed a simpler alternative. They would just take a different route and go through a different village.

As was often the case, people would gather around Jesus when he traveled, hoping he would help them in some way, or to ask him to explain the Scriptures to them. One man approached Jesus and said, “I will follow you wherever you go.”

Jesus answered the man with a challenge, “Foxes have dens and birds of the sky have nests, but the Son of Man has nowhere to rest his head.” Then Jesus pointed to another man and said to him, “Follow me.”

This man said to Jesus, “(Lord), let me go first and bury my father.”

“Let the dead bury their dead,” Jesus told him, “But you, go and proclaim the kingdom of God.”

Another man made a similar offer to follow Jesus. “I will follow you, Lord,” he said, “but first let me say farewell to my family at home.”

Jesus said to him, “No one who sets a hand to the plow and looks to what was left behind is fit for the kingdom of God.”

But Jesus did meet many men who were willing to sacrifice their own responsibilities to follow him. He commissioned 72 men to go out in pairs into the towns and villages he planned to visit, and told them to preach and heal in the places that welcomed them. As he sent them out he said, “Go on your way; behold, I am sending you like lambs among wolves.”

1. How did the Samaritans treat the messengers?

2. How did John and James react to the message?

Bible Accent: Samaritans and the Jews

By the time the story from today’s Bible reading had taken place, there had been dislike between the Samaritans and the Jews for hundreds of years. When Jesus told the parable of the good Samaritan, he knew his story would have impact because it was the Samaritan who showed mercy on the injured Jewish man.

In John 4, Jesus asked a Samaritan woman for a drink from the well. She was shocked that he would even ask her for help. She summarized the origin of the animosity between the Jews and the Samaritans when she referred to the fact that the Samaritan ancestors had built one mountain to worship their gods on while the Jews worshipped their God in Jerusalem. But Jesus always taught that we should love each other and he demonstrated that teaching with his own actions.

Irenaeus (125-203) was born in Asia Minor and was the son of Christian parents. As a young boy he saw and heard St. Polycarp, the Bishop of Smyrna. He was educated by men who had known the apostles or their immediate followers, and he gained a very good knowledge of the Scriptures.

After he was ordained a priest, he tried to expose misinterpretations of the Bible and set out to use his own biblical study to find the answers.

After the death of St. Pothinus, Irenaeus was appointed to take his place as the Bishop of Lyons. In that position, people liked his preaching so much that many either converted to Catholicism or renewed their efforts to live as good Catholics.

He also served as a successful mediator between a group of Christians and the pope. We honor him on June 28