Jesus details the days of the son of man - Catholic Courier 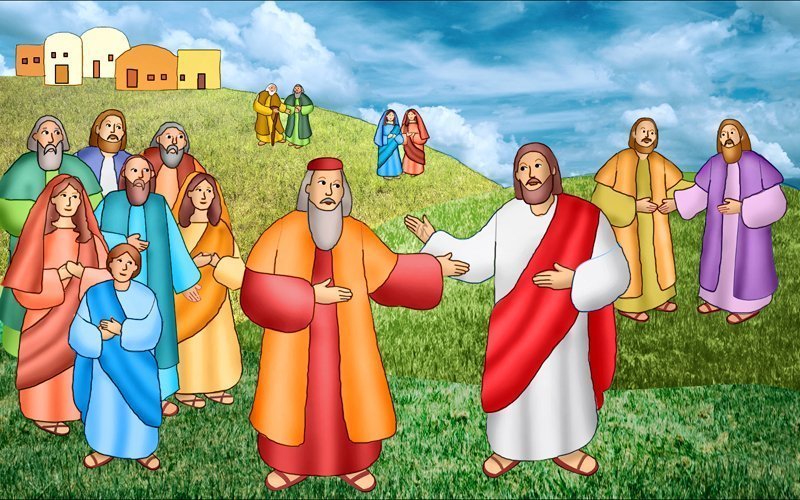 Jesus details the days of the son of man

Jesus details the days of the son of man

One day, the Pharisees asked Jesus when the kingdom of God would come.

Afterward, Jesus described for his apostles the days of the son of man.

“The days will come when you will long to see one of the days of the Son of Man, but you will not see it,” Jesus told his friends. “There will be those who will say to you, ‘Look, there he is,’ (or) ‘Look, here he is.’ Do not go off, do not run in pursuit. For just as lightning flashes and lights up the sky from one side to the other, so will the Son of Man be (in his day). But first he must suffer greatly and be rejected by this generation.”

“They were eating and drinking, marrying and giving in marriage up to the day that Noah entered the ark, and the flood came and destroyed them all,” Jesus pointed out. “Similarly, as it was in the days of Lot: they were eating, drinking, buying, selling, planting, building; on the day when Lot left Sodom, fire and brimstone rained from the sky to destroy them all.”

“So it will be when the Son of Man is revealed,” Jesus said.

“On that day, someone who is on the housetop and whose belongings are in the house must not go down to get them, and likewise one in the field must not return to what was left behind,” he said.

He reminded his friends what happened to Lot’s wife when she turned around to see the city of Sodom’s destruction: She turned into a pillar of salt and lost her life.

“Where, Lord?” the apostles asked.

“Where the body is, there also the vultures will gather,” Jesus replied.

1. Where did Jesus say the kingdom of God is?

2. What did Jesus say the days of the son of man would be like?

ESSAY: How do you think Christians should prepare for the days of the Son of Man?

There are many places in the Bible where the phrase “son of man” can be found.   In the Old Testament, it often was used to refer to human beings. For example, throughout the Book of Ezekiel, God refers to the prophet Ezekiel as “son of man.”

In Daniel 7:13-14, the prophet Daniel referred to a “son of man” in describing his vision from God.

“I saw coming with the clouds of heaven One like a son of man,” Daniel said. “When he reached the ancient of days and was presented before him, he received dominion, splendor, and kingship; all nations, peoples and tongues will serve him. His dominion is an everlasting dominion that shall not pass away, his kingship, one that shall not be destroyed.”

A note in the New American Bible says some scholars believe “son of man” in this instance refers to the Messiah, while others say it could mean God’s people as a whole.

In the New Testament, however, the phrase “the son of man” definitely refers to Jesus, who used it to describe himself.

“Today salvation has come to this house because this man too is a descendant of Abraham,” Jesus said in speaking to the tax collector Zacchaeus in Luke 19:9-10. “For the Son of Man has come to seek and to save what was lost.”

St. Rose Philippine Duchesne was born into a wealthy French family in 1769. She joined the Visitation nuns until the French Revolution, when she returned to her family.

She entered the Society of the Sacred Heart in 1804, and she led a missionary trip to Missouri in 1818. There she founded the first free school west of the Mississippi River.

Despite poor health and the hardships of frontier life, she succeeded in serving Native Americans and founded a school for them.   She died in 1852, and we honor her on Nov. 18.

In the New Testament, there are many different titles given to Jesus. Match the title for Jesus with the Scripture passage in which the title appears.