Jesus gives a sermon on the mount - Catholic Courier 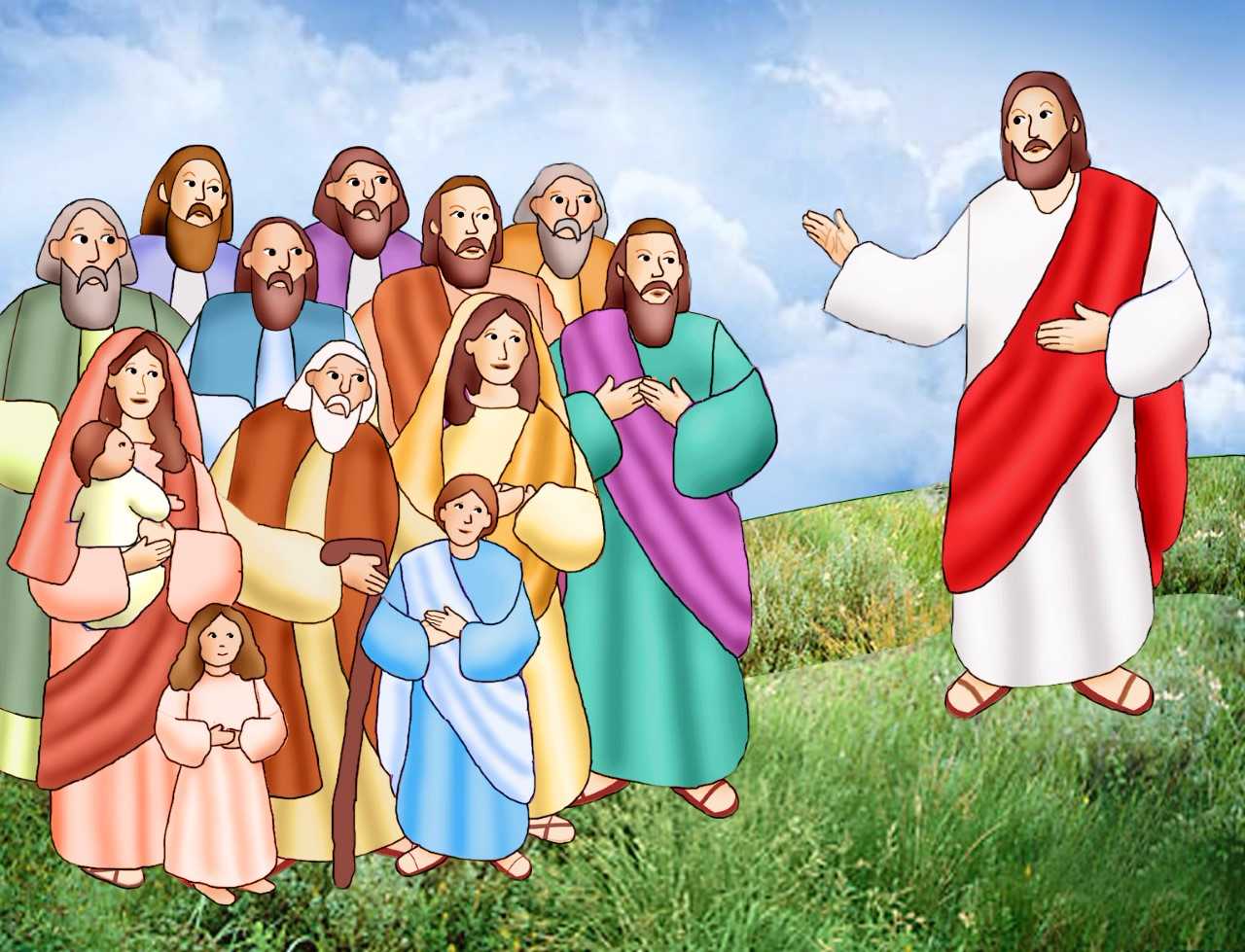 Jesus gives a sermon on the mount

Jesus gives a sermon on the mount

After Jesus spent 40 days and 40 nights in the desert and was tempted by Satan, he began his public ministry in Galilee.

“Repent, for the kingdom of heaven is at hand,” he preached to all who would listen.

As Jesus traveled by the Sea of Galilee, he came upon several men whom he called to follow him. These men — Peter, Andrew, James and John — became his first four apostles.

Jesus and his new friends traveled all around Galilee. Jesus taught in the synagogues and proclaimed the Gospel of the kingdom. He also cured people of their diseases and illnesses.

Jesus became very famous for his preaching and healing. Great crowds of people came from all around to hear him speak and to be cured by him.

One day, a great crowd had gathered around Jesus. He went up the mountain to sit down. When he was seated, the disciples came to him and he began to teach.

He explained that those who have a hard life on earth are actually very blessed.

Jesus went on to explain that those who thirst for and are persecuted for righteousness, as well as those who are merciful and peacemakers, are all blessed.

Then Jesus acknowledged that those who follow him and his teachings would suffer for their belief in him.

“Blessed are you when they insult you and persecute you and utter every kind of evil against you falsely because of me,” he told the crowd.

But, instead of being sad, he told the people to be happy.

“Rejoice and be glad, for your reward will be great in heaven,” he told them. “Thus they persecuted the prophets who were before you.”

1. Where was Jesus when he talked to a large crowd?

2. Did Jesus want his followers to be sad when they were persecuted?

ESSAY: Why is it important to listen to what Jesus taught us?

In Matthew 5-7, Jesus taught many things to those who had gathered to hear him preach.

In his talk, which is now known as the Sermon on the Mount, Jesus told the people that if they were persecuted on earth they would find relief, comfort and reward in heaven. This part of Jesus’ talk is called the beatitudes.

Jesus went on to teach the people some new ways of thinking about how to live a godly life.

For example, he said that even being angry with someone is a sin. He also said that it was better to turn the other cheek and forgive people rather than seek revenge.

Jesus taught that loving one’s friends and family was good, but in addition people should love and pray for their enemies.

Jesus told people not to judge others and to treat others the way they would want to be treated.

Jesus also discussed the right way to pray, fast and give alms. He said none of these things should be done for show, like the Pharisees did, but in private so only God would know.

And Jesus also gave his followers a new prayer to pray. It is now known as the Lord’s Prayer.

Thomas More was born in England in 1478. He studied law and was a member of Parliament.

He eventually began working for King Henry VIII’s court, but he resigned in 1532 because King Henry disagreed with the Catholic Church on marriage and the pope’s supremacy.

He continued to write in defense of the church, and in 1534 he was imprisoned in the Tower of London for refusing to say that King Henry was head of the Church of England.

Thomas’ friend, John Fisher, also was imprisoned and was beheaded on June 22, 1535. Thomas was beheaded two weeks later on July 6. We honor both men on June 22.