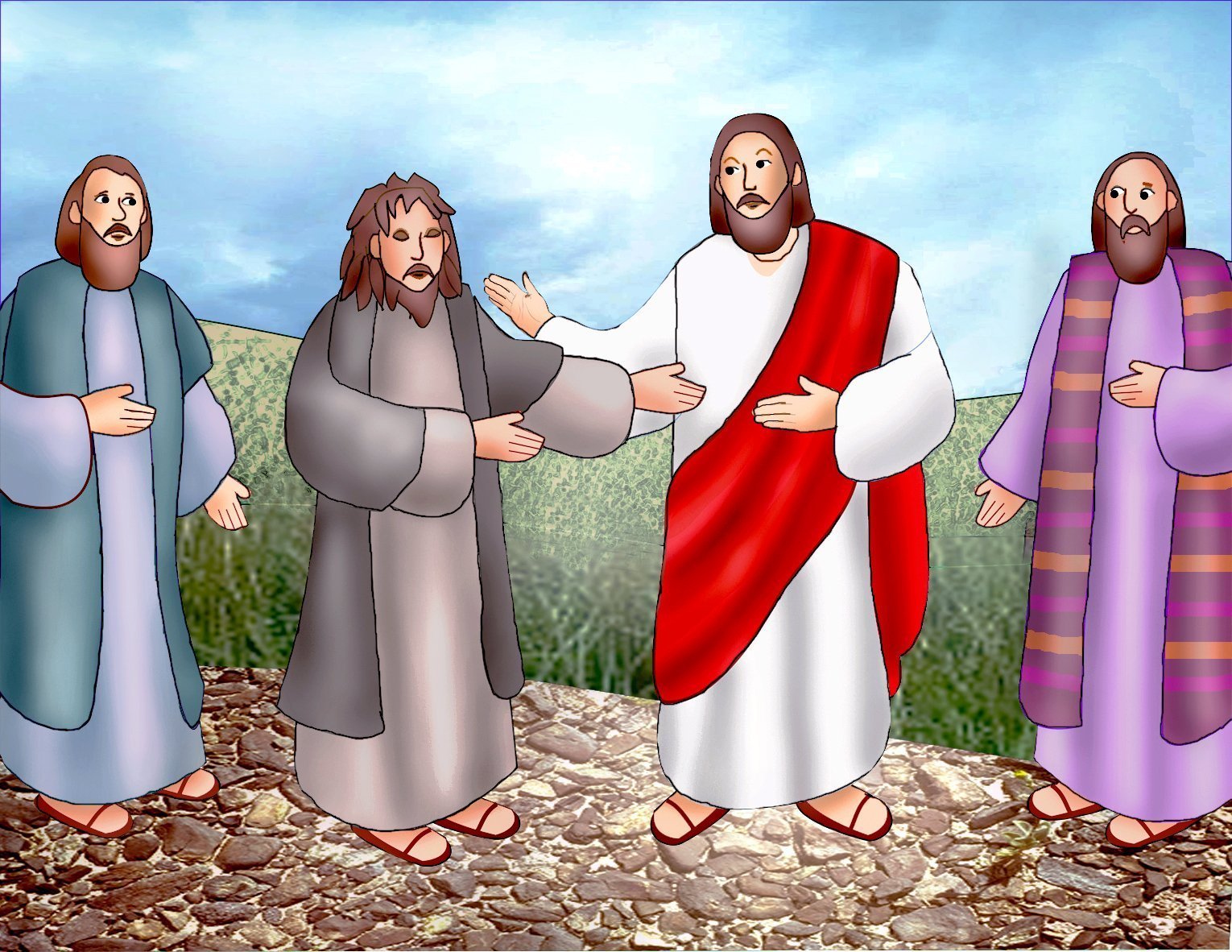 When Jesus was away from the crowds that followed him or gathered around where he was staying, he tried to explain to his disciples what will happen to him in the near future.

“Behold, we are going up to Jerusalem,” he said, “and the Son of Man will be handed over to the chief priests and the scribes, and they will condemn him to death and hand him over to the Gentiles who will mock him, spit upon him, scourge him and put him to death, but after three days he will rise.”

James and John asked him, “Grant that in your glory we may sit one at your right and the other at your left.”

Jesus answered them, “… To sit at my right or at my left is not mine to give but is for those for whom it has been prepared. … Whoever wishes to be great among you will be your servant; whoever wishes to be first among you will be the slave of all. For the Son of Man did not come to be served but to serve and to give his life as a ransom for many.”

Then Jesus rose and led his disciples toward Jericho. In a short time, a very large crowd of people began to follow them. On the road a blind man named Bartimaeus sat and begged for whatever people would give him. He was blind, but not deaf, and when he heard that Jesus was near, Bartimaeus called out to him.

Jesus stopped. He said to one of his disciples, “Call him.” Some of the disciples went and found Bartimaeus and said to him, “Take courage; get up, he is calling you.” Bartimaeus jumped up, threw his jacket aside and made his way through the crowd toward the sound of Jesus’ voice.

“What do you want me to do for you?” Jesus asked quietly.

Bartimaeus put his hands over his eyes, then he lowered them and extended his palms toward Jesus. “Master, I want to see.”

“Go your way; your faith has saved you,” Jesus told him. And from that moment on, Bartimaeus could see.

When we read about some of the units of measure that were used during Bible times, we don’t always know what they mean.

Noah’s ark was 300 cubits long . If a cubit is approximately 1¬Ω feet, then the ark must have been 450 feet long, about as long as 1¬Ω football fields. According to 1 Samuel, the armor of Goliath, the giant that David fought, weighed 5,000 shekels. If a shekel is about ¬Ω ounce, then the armor weighed 2,500 ounces, a little more than 150 pounds.

The amount paid to Judas for betraying Jesus was 30 pieces of silver (Matthew 26). That was about 120 times the pay a laborer would have received for a day’s work. Sounds like a lot of money, but it is equal to about $1.20 today.

Next time you see a measurement in the Bible, find out what it means.

Alphonsus Rodriguez (1533-1617) was the son of a wealthy Spanish wool merchant. Two Jesuit missionaries who stayed with the Rodriguez family when Alphonsus was 10 years old prepared him for his first Communion.

Four years later, Alphonsus was planning to study further with the Jesuits, but his father died, and he had to work in the family business with his mother. He married and had two children.

After the deaths of his mother, his daughter and his wife, he sold the business and went to live with two of his sisters, who taught him about prayer, meditation and the rosary.

Following the death of his son, he applied for entrance into a Jesuit monastery. The Jesuits denied him, because they felt he was too old, and he did not have enough formal schooling.

He studied Latin and the basics of religious foundations, and was eventually accepted into the monastery as a lay brother. He took his final vows when he was 54. Although he was often in poor health, the people he ministered to loved and respected him for his compassion and generosity.