Jesus heals a leper and a paralytic - Catholic Courier 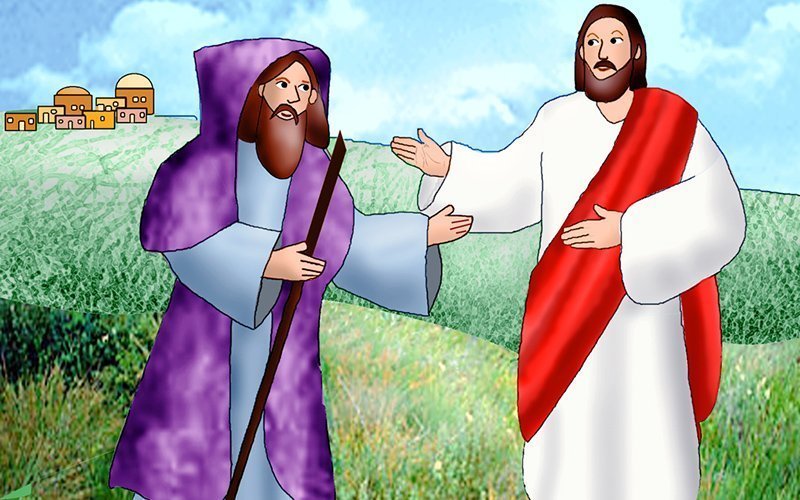 Jesus heals a leper and a paralytic

Jesus heals a leper and a paralytic

Jesus woke up before the first sunlight of the morning and went out where he could be alone to pray. When his prayers were interrupted by Simon and a few of his other disciples, Jesus said, “Let us go on to the nearby villages that I may preach there also. For this purpose have I come.” Jesus and his friends went on to Galilee, preaching, healing and performing miracles. A leper who had heard about Jesus knelt down and begged before him. “If you wish, you can make me clean,” he said.

Jesus nodded and smiled at the man with leprosy. Then he extended his hand and said, “I do will it. Be made clean.” Immediately the man was completely healed from his disease.

Jesus also made one request of the man in a stern voice. “See that you tell no one anything, but go, show yourself to the priest and offer for your cleansing what Moses prescribed; that will be proof for them.”

But the man was so excited that he had been healed, that he told everyone he met what had happened to him, and who had done it. As a result, Jesus could not enter any town in the area without large groups of people waiting for him, asking for his help. He tried to stay in deserted places away from the towns, but even there, people would find him.

After Jesus had returned to Capernaum, so many people came to the house where he was staying that there was no room for them. So Jesus decided to preach to the people, since he knew they wanted him to speak.

Trying to get through the crowd were four men. They were carrying a paralyzed friend on a stretcher. They wanted Jesus to heal him. They could not get near the house, so they climbed up onto the roof and broke a hole in it. Then they carefully lowered their friend down in front of Jesus.

Jesus saw their faith and said to the paralyzed man, “Child, your sins are forgiven.” There were scribes present who did not think a man could forgive sins. Jesus knew their thoughts and said, “The Son of Man has authority to forgive sins on earth.” The paralyzed man picked up his mat and was able to walk home with his friends.

Q&A
1. What was Jesus doing when Simon found him?
2. What request did Jesus ask of the leper?

Iraq, Israel, Syria and other Middle Eastern countries are mentioned in the news almost every day. The region, which is important to Jews, Muslims and Christians, has a long history of conflict. Some of the tension has been caused because of boundaries that were created after World Wars I and II. This has been especially true about the relationship between Israel and neigh boring Arab countries. In Iraq, there also is conflict between the Sunni Muslims and Shiite Muslims. Oil is very valuable to the region and to the world. The largest reserves of this natural resource are in Iraq and Saudi Arabia. Israel has a negligible amount of oil within its borders. Water is also a factor, because it is needed for drinking, irrigation and industry. The bodies of water around the Middle East provide routes to import and export supplies. We should pray for the people of the Middle East when we pray for peace.

Benedict of Aniane was born about the year 750 in southern France. When he was a boy, he was a cupbearer for King Pepin and his son, Charlemagne. As a man he knew he wanted to pursue a religious life of some kind. He joined an abbey near his home, where he would be able to live peacefully and quietly as a monk. When the abbot died, Benedict was asked to take his place. He refused and built a small hermitage on his own land. His devotion and simple life attracted several followers who worked to earn money to buy what little food they ate. Eventually, Benedict had to build a larger monastery. He was very influential in developing reforms in some of the other monasteries of the region. He served Emperor Louis the Pious and helped to write the canons, or laws, of reformation for the council of Aachen in 817. He wrote many rules and texts, including the Concord of Rules, for monks and other religious. After many years of hardships and sickness, he died in 821 at the age of 71. We remember him on Feb. 11.