Jesus heals a man on the Sabbath - Catholic Courier 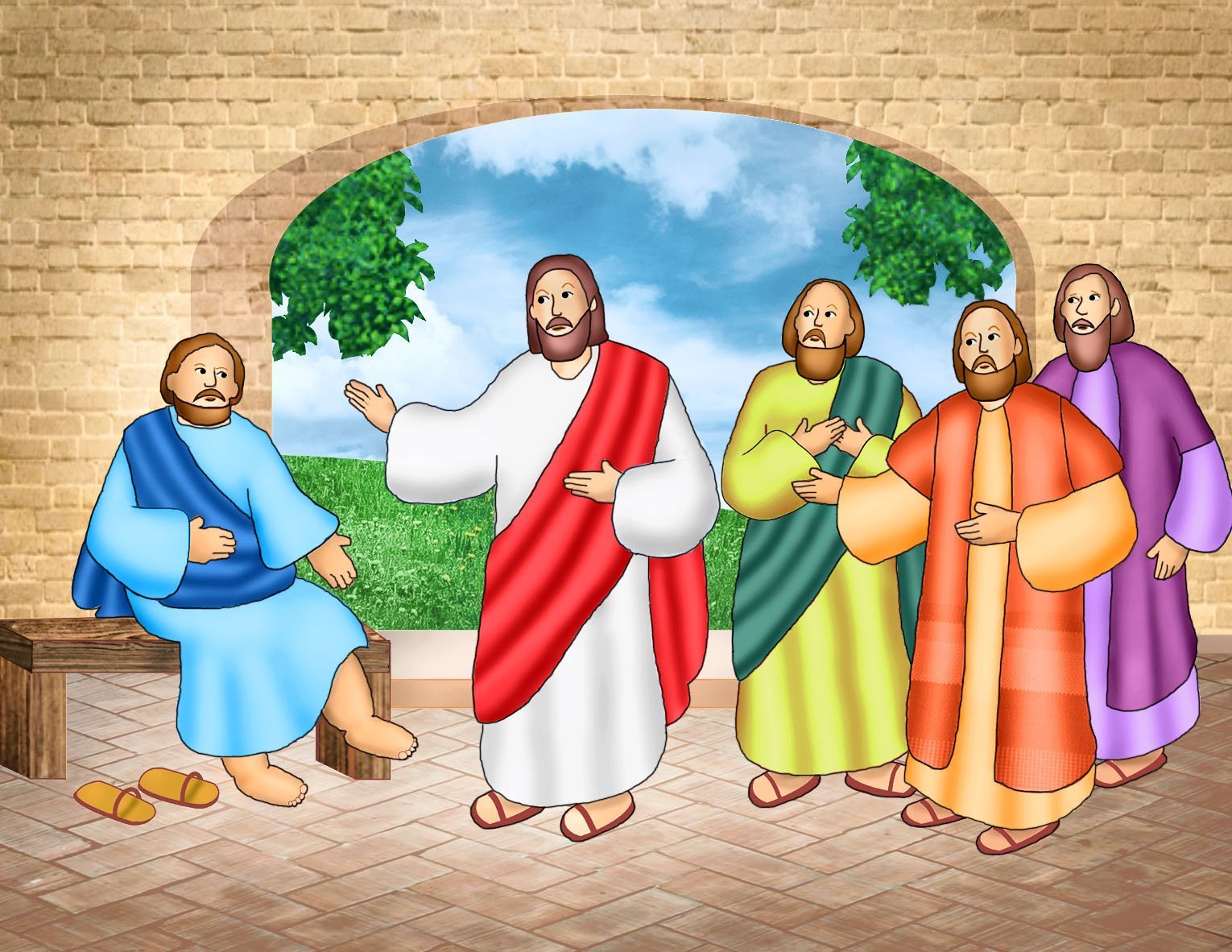 This is the artwork for Kids' Chronicle for Oct. 29, 2021. (Illustration by Linda Rivers)

Jesus heals a man on the Sabbath

One day, Jesus was invited to dine at the home of a leading Pharisee. It was the Sabbath, and everyone at the Pharisee’s house watched Jesus very carefully.

In front of Jesus was a man who had dropsy — abnormal body swelling caused by fluid accumulation and retention.

Jesus spoke to the scholars of the law and Pharisees in reply, asking, “Is it lawful to cure on the Sabbath or not?”

Jesus healed the man and then dismissed him.

Jesus knew that the Pharisees had created and enforced rigid rules — above and beyond God’s rules — about what work could and could not be done on the Sabbath.

“Who among you, if your son or ox falls into a cistern, would not immediately pull him out on the Sabbath day?” he asked.

But they were unable to answer Jesus’ question.

Jesus then looked around and noticed that the guests were busy choosing places of honor at the dinner table. So, he began to tell them a parable.

“When you are invited by someone to a wedding banquet, do not recline at table in the place of honor. A more distinguished guest than you may have been invited by him, and the host who invited both of you may approach you and say, ‘Give your place to this man,’ and then you would proceed with embarrassment to take the lowest place,” Jesus said.

Instead, he said that an invited guest should take the lowest place so the host can invite that guest to move to a higher position.

Jesus then looked at his host.

“When you hold a lunch or a dinner, do not invite your friends or your brothers or your relatives or your wealthy neighbors, in case they may invite you back and you have repayment,” he said. “Rather, when you hold a banquet, invite the poor, the crippled, the lame, the blind; blessed indeed will you be because of their inability to repay you. For you will be repaid at the resurrection of the righteous.”

TRIVIA: What are we supposed to remember to do on the Sabbath? (Hint: Deuteronomy 5:12)

In the Gospel of Luke, we can read about other times when Jesus cured people on the Sabbath.

In Luke 6:6, Jesus was teaching in a synagogue on the Sabbath. One of the men who was there had a withered right hand.

Jesus told the man to stretch out his withered hand. When he did, his hand was restored.

In Luke 13:10, Jesus again was teaching in a synagogue on the Sabbath. A woman was there who for 18 years had been crippled by a spirit and could not stand erect.

“Woman, you are set free of your infirmity,” said Jesus, who laid his hands on her. She at once stood up straight and glorified God.

The leader of the synagogue was angry that Jesus had cured on the Sabbath.

“There are six days when work should be done. Come on those days to be cured, not on the Sabbath day,” he said.

“Hypocrites!” Jesus replied. “Does not each one of you on the Sabbath untie his ox or his ass from the manger and lead it out for watering? This daughter of Abraham, whom Satan has bound for 18 years now, ought she not to have been set free on the Sabbath day from this bondage?”

Leo, a Roman deacon who advised two popes, lived in the fifth century.

In 440, he was on a diplomatic mission to Gaul — modern-day France — when he was named pope.

One of three popes called “the Great,” Leo earned this title for such things as the teachings in his many letters and sermons, consolidating church governance, stressing the primacy of Rome, and urging liturgical, pastoral and canonical uniformity.

Unscramble each word and arrange them to form a quotation from the children’s story.

Answers: will, the, humbles, one, exalted, himself, who, be

The one who humbles himself will be exalted.