Jesus is accused of breaking the Sabbath - Catholic Courier 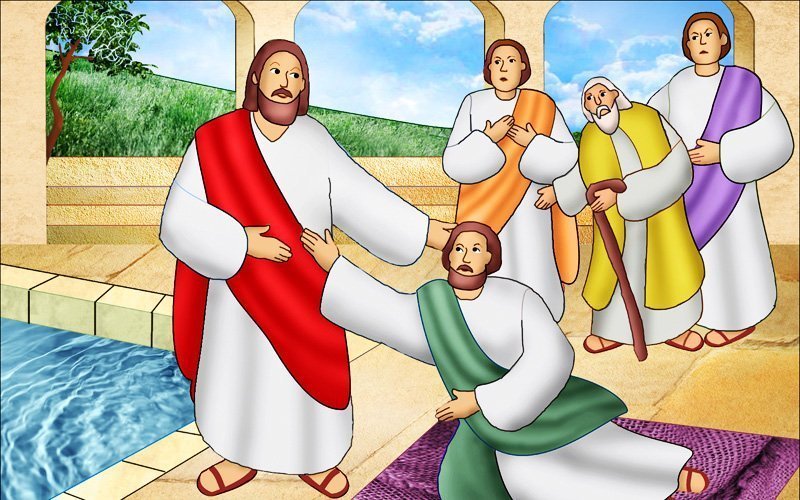 Bible Accent: What is the Sabbath?

Jesus and his friends were in Galilee, where Jesus performed a miracle in Cana. Afterward, they traveled to Jerusalem for a feast of the Jews.

As Jesus and his friends neared the walls of Jerusalem, they noticed there were many ill, blind, lame and crippled people at the Pool of Bethesda near the city’s Sheep Gate. It was said that people who entered the pool when its waters were stirred up would be cured of their afflictions.

Jesus looked at all of the people near the pool and honed in on one particular man. Even though he had never met the man, Jesus knew that the man had been sick for a long time.

“Do you want to be well?” Jesus asked.

“Sir, I have no one to put me into the pool when the water is stirred up; while I am on my way, someone else gets down there before me,” the man replied.

Jesus told the man to get onto his feet, pick up the mat he was laying on and walk.

As soon as Jesus finished speaking, the man suddenly regained his health. He rose to his feet, picked up his mat and began walking.

Since it was the Sabbath, a day of rest on which the Jews were not allowed to do any work, the people who saw the man walking and carrying his mat told him he was breaking the Sabbath rules.

“It is the Sabbath, and it is not lawful for you to carry your mat,” they said.

“The man who made me well told me, ‘Take up your mat and walk,’” said the man, who did not know Jesus’ name.

The people looked around for Jesus, but he had slipped away when the crowd began to gather around the man.

Later, Jesus saw the man at the Temple area.

“Look, you are well; do not sin any more, so that nothing worse may happen to you,” Jesus told him.

The man then told the Jews that it was Jesus who had made him well.

The Jews scolded Jesus for curing the man on the Sabbath.

“My Father is at work until now, so I am at work,” Jesus told them.

The Jews hated Jesus even more for his reply.

1. Where did the ill people gather?

Bible Accent: What is the Sabbath?

In Genesis 1-2, we read that God created the heavens and the earth in six days and rested on the seventh.

In Exodus 20, God gave the Ten Commandments to Moses. The Fourth Commandment instructed the Israelites to remember the Sabbath day — the day on which God rested — and keep it holy.

“Six days you may labor and do all your work, but the seventh day is a Sabbath of the Lord your God,” God told the Israelites in Exodus 20:9-10. “You shall not do any work, either you, your son or your daughter, your male or female slave, your work animal, or the resident alien within your gates.”

As time went on, the Jewish leaders created stricter and stricter rules for what activities could not take place on the Sabbath. That is why Jesus got in trouble with the Pharisees for curing people on the Sabbath.

But in Mark 2:27, Jesus pointed out to his accusers that “the Sabbath was made for man, not man for the Sabbath.”

In other words, Jesus was saying that the Sabbath was meant to be a blessing from God to his people instead of a day for following burdensome man-made rules.

St. Margaret Clitherow was born in England in 1553. She married a Protestant man whose brother became a Catholic priest. At the time the Protestant faith was England’s official religion, and it was illegal to practice Catholicism.

Even so, Margaret also became a Catholic. She set up Mass centers in her home and at a local inn.

She was arrested several times for not attending Protestant services. When it was learned that she was secretly practicing Catholicism, she was sentenced to death for treason. 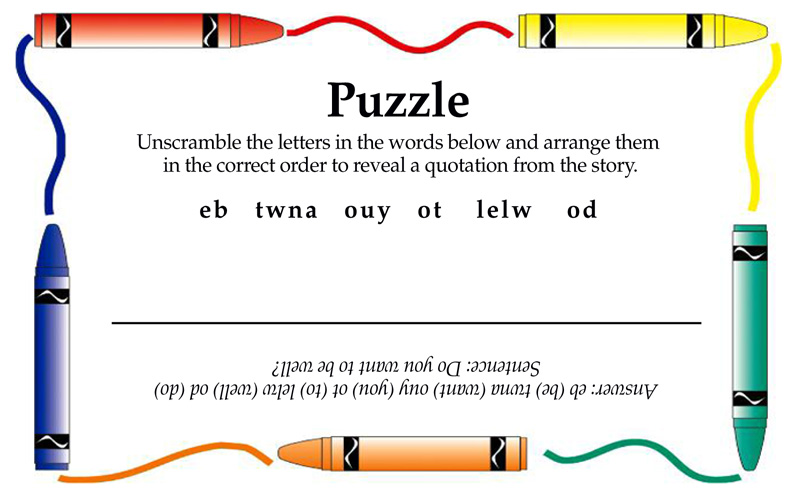 The essay question for March 2018 is: How do you keep the Sabbath day holy?

All entries of 100 words or less must be received by the Catholic Courier no later than 4:30 p.m. on March 21, 2018, to be considered for this contest. The winner, whose essay will be published in an upcoming print and online edition of Kids’ Chronicle, will be notified by phone.