Jesus is baptized by St. John the Baptist - Catholic Courier 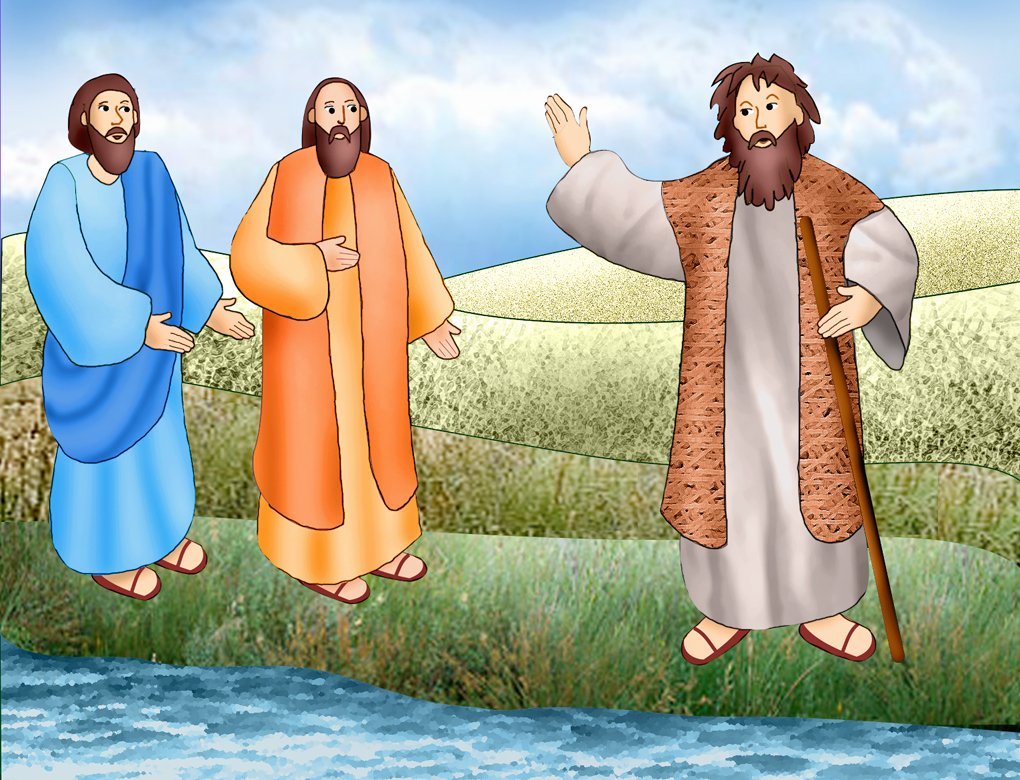 Jesus is baptized by St. John the Baptist

Jesus is baptized by St. John the Baptist

When John the Baptist was in the desert, the word of God was given to him, and his life was changed. He immediately began traveling to the towns and villages near the Jordan River, telling everyone that they should be baptized and forgiven of their sins. His ministry was foretold by the prophet Isaiah, when he wrote, “A voice of one crying out in the desert: ‘Prepare the way of the Lord, make straight his paths.’”

Sometimes John’s words were very strong, and they frightened people. “You brood of vipers!” he said. “Who warned you to flee from the coming wrath? Produce good fruits as evidence of your repentance. … Even now the ax lies at the root of the trees. Therefore every tree that does not produce good fruit will be cut down and thrown into the fire.”

“What then should we do?” the people asked.

John explained that God’s wrath would not be brought against them if they showed kindness for each other. “Whoever has two cloaks should share with the person who has none. And whoever has food should do likewise.” Tax collectors, who were not known in the community for their kindness or generosity, also came to John to be baptized. “Teacher, what should we do?” they asked.

John spoke to them very directly. “Stop collecting more than what is prescribed.” To soldiers who may have abused their authority he said, “Do not practice extortion, do not falsely accuse anyone, and be satisfied with your wages.”

Since John was speaking such bold and powerful words, some people wondered if he was the Messiah. When someone asked him if that was true, John replied, “I am baptizing you with water, but one mightier than I is coming. I am not worthy to loosen the thongs of his sandals. He will baptize you with the holy Spirit and fire.”

John continued to baptize anyone who came to him. At the end of a long line of such people, Jesus also asked to be baptized. After John baptized him, Jesus prayed. As he prayed, heaven opened up and the Holy Spirit, in the form of a dove, landed on Jesus. Then a voice was heard in the sky that said, “You are my beloved Son; with you I am well pleased.”

Most of the people loved John, but not everyone did. Because he was an evil man, and because he did not like the things that John was saying and doing, Herod, the governor of the province, had John thrown into prison.

READ MORE ABOUT IT:
Luke 3

Q&A
1. Which prophet spoke about the “voice in the desert?”
2. What happened after Jesus was baptized?

Jesus was born in Bethlehem, the City of David. The name means “house of bread” in Hebrew. The Bible is full of symbolism, and this could remind us of the image of Jesus as the “bread of life.”

Bethlehem is in Israel, less then 10 miles from Jerusalem. Two other important biblical events occurred in or near Bethlehem. Scholars believe Rachel, the wife of Jacob from the Old Testament, died there. The traditional site of her tomb is very sacred to the Jewish people.

The story of Ruth, also from the Old Testament, took place in a valley near Bethlehem. In the year 326, the first Christian church, the Church of the Nativity, was built in Bethlehem.

The city was attacked and occupied many times since Jesus was born. There are many Christians presently living in Israel. We should always pray for their safety and for the safety of everyone living in the Middle East.

Damasus (304-384) was born in Rome. His father was a priest, and he eventually became a deacon in his father’s church. After the death of Pope Liberius, Damasus was appointed as his replacement. However, some of the people wanted a man name Ursinus to be their bishop, and they caused serious difficulties for Damasus, including filing false charges against him both before the Emperor and a Roman synod.

During his time as pope, Christianity was declared to be the official religion of the Roman state. He also worked diligently to use the teachings of St. Jerome to encourage Christians to study the Bible. He supervised the care, preservation and cataloging of many religious relics.

Instead of being buried in a papal crypt in the cemetery of St. Callistus, Damasus said he did not want “to offend the ashes of these holy ones,” so he was buried in a small church yard near his mother and sister. We honor him on Dec. 11.