Jesus is baptized, then tempted by the devil - Catholic Courier 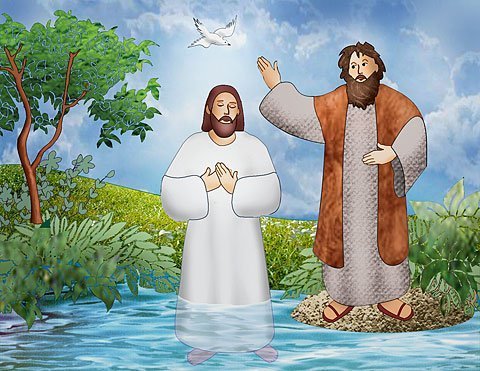 Jesus is baptized, then tempted by the devil

Jesus is baptized, then tempted by the devil

John was called the Baptist because he would baptize people as he traveled and preached. He would call out, “Repent, for the kingdom of heaven is at hand!” He dressed very plainly, wearing clothes made out of camel hair secured by a leather belt. Men and women would come to him from all over Judea to be baptized and to ask forgiveness for their sins.

John was fulfilling a very old prophecy by being, “A voice of one crying out in the desert, ‘Prepare the way of the Lord, make straight his paths.’”

When John saw Pharisees and Sadducees coming toward him, he became angry and scolded them. “You brood of vipers! Who warned you to flee from the coming wrath? Produce good fruit as evidence of your repentance. … I am baptizing you with water, for repentance, but the one who is coming after me is mightier than I. I am not worthy to carry his sandals. He will baptize you with the holy Spirit and fire.”

When John was baptizing, a very special man had traveled from Galilee to be baptized by John. It was Jesus. John was surprised to see and was reluctant to baptize him. “I need to be baptized by you,” he said to Jesus, “and yet you are coming to me?”

Jesus nodded and said, “Allow it now, for thus it is fitting for us to fulfill all righteousness.” So John baptized Jesus in the Jordan River. As soon as Jesus raised his head out of the water the Spirit of God came down on him in the form of a dove. Then a voice declared from heaven, “This is my beloved Son, with whom I am well pleased.”

After his baptism, Jesus went into the desert, where he fasted and prayed for 40 days and 40 nights. During that time he was tempted by the devil. Knowing Jesus was hungry, the devil said, “If you are the Son of God, command that these stones become loaves of bread.”

Jesus replied, “It is written: ‘One does not live by bread alone, but by every word that comes forth from the mouth of God.’” The devil tried to tempt Jesus two more times, and both times Jesus resisted him by quoting from the Scriptures. Then the devil fled and angels came and ministered to Jesus.

2. How did Jesus defeat the devil?

Although we all love to read the Christmas story and enjoy the anticipation of Advent and the excitement of Christmas, the ministry of Jesus did not truly begin until he was baptized. Jesus set an example for us to follow, and one of the very first sacraments we participate in is baptism.

John the Baptist was declared to be the voice that cried out in the wilderness, and his role was to announce that the Messiah had come. He also was chosen by God to be the man who baptized Jesus.

After Jesus was baptized, he went into the desert and was tempted by the devil, whom he defeated by quoting the Scriptures.

The most important lesson that Jesus taught was to love God and each other.

Peter Orseolo (928-987) was born into an important Venetian family. By the young age of 20 he had been appointed as commander of the fleet of ships charged with protecting the water-based city.

Peter became the chief magistrate of Venice, and fulfilled this duty with dignity and earned the respect of the people of the city. Even though Peter was married and had a son, he retreated to a hermitage to live as a monk. He had hidden a desire to lead a religious life for many years, and finally decided to pursue it.

Many miracles were said to have taken place at the site of his tomb. We honor him on Jan. 10. 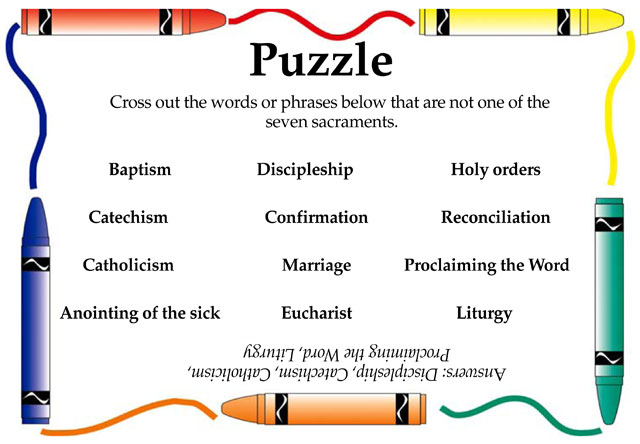