Jesus is betrayed by one of his apostles - Catholic Courier 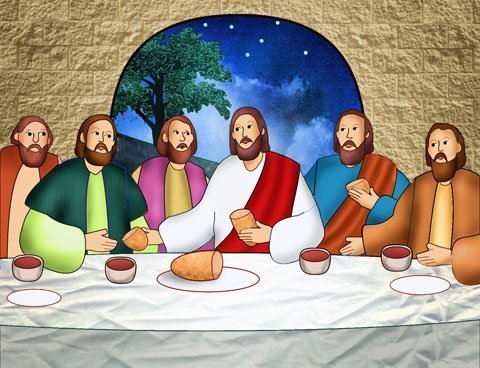 Jesus is betrayed by one of his apostles

Jesus is betrayed by one of his apostles

After Jesus told his apostles he was celebrating the Passover with them for the last time, he gave thanks for the wine and said, “Take this and share it among yourselves; for I tell you (that) from this time on I shall not drink of the fruit of the vine until the kingdom of God comes.” Then Jesus broke up a loaf of bread and said, “This is my body, which will be given for you; do this in memory of me.” When they had finished eating, Jesus said of the wine, “This cup is the new covenant in my blood, which will be shed for you.”

Jesus added a word of warning to his friends. “And yet behold, the hand of the one who is to betray me is with me on the table; for the Son of Man indeed goes as it has been determined; but woe to that man by whom he is betrayed.” The apostles wondered which of them would ever betray Jesus.

Later that night Jesus went to a garden in the Mount of Olives to pray. Although his apostles were nearby, they had fallen asleep.” When Jesus found them, he said, “Why are you sleeping? Get up and pray that you may not undergo the test.”

Almost immediately after Jesus had spoken, a crowd of people, including many soldiers, showed up looking for Jesus. Leading them was Judas, who was an apostle of Jesus. As he greeted Jesus with a kiss, Jesus said to him, “Judas, are you betraying the Son of Man with a kiss?”

As the soldiers tried to arrest Jesus, one of the apostles asked, “Lord, shall we strike with a sword?” Then he drew his sword and swung it at the high priest’s servant, cutting off the man’s right ear. Jesus cried out, “Stop, no more of this!” Jesus touched the injured man and healed his ear.

After that the soldiers arrested Jesus and brought him before the high priest. Jesus said to him, “Day after day I was with you in the temple area, and you did not seize me; but this is your hour, the time for the power of darkness.”

The high priest sent Jesus on to Pilate. Pilate, in turn sent Jesus to see Herod, who made fun of Jesus. Herod ordered Jesus to be whipped, after which he was sentenced to death by crucifixion. Three days after his death, Jesus appeared to his apostles before he returned to heaven.

Jesus was born in Bethlehem where Joseph, his earthly father, had brought his family to be counted for the census. The baby Jesus was visited by shepherds who had been told of his birth by angels and Magi from the East who had followed a special star to find him. When Jesus was 12 years old he was in Jerusalem for the Passover. Even at that young age he amazed the people in the temple with his knowledge and understanding. At the age of 30 Jesus began his short ministry, which ended with his death on the cross and his resurrection three days later. After telling his apostles the Holy Spirit would come to help them, Jesus went to heaven.

John of Egypt (304-394) was a skilled carpenter. When he was 25 years old he left his job and studied with an anchoret, a man who lives as a hermit, for many years, learning obedience, no matter how minor the task. And the man often gave him very minor tasks to perform. John eventually went off to live an extremely solitary life of prayer and devotion. On weekends he offered spiritual instruction for men who came to him seeking guidance. Many miracles of healing and prophecy are attributed to him. We honor him on March 27. 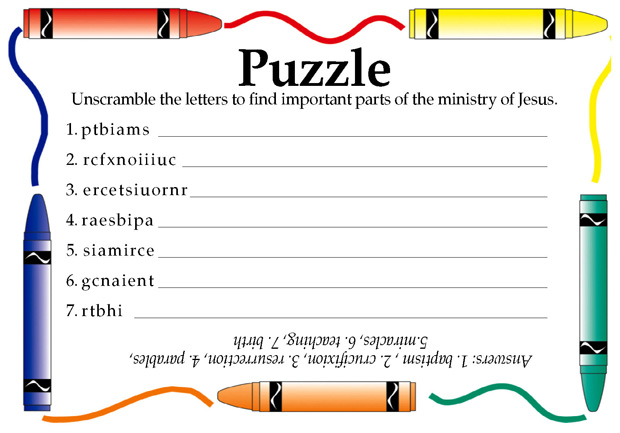