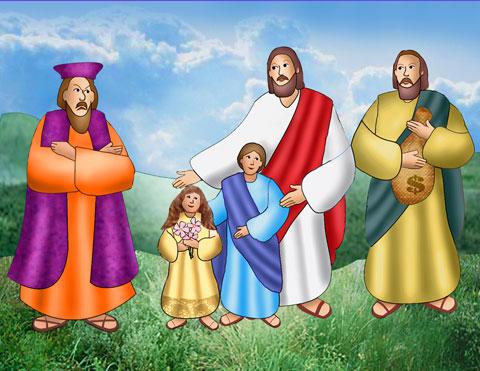 Jesus knew the people who came out to hear him preach loved to hear the stories he told in order to convey a lesson, so he tried to tell one or more whenever he spoke. He stood before the crowd of people that had come out to hear him on one particular day and he held up two fingers. “Two people went up to the temple area to pray,” he said. “One was a Pharisee and the other was a tax collector.” Jesus used these two examples because Pharisees were important leaders in the church, while tax collectors took the people’s money, so they were not very well liked, and many of them cheated to take more than what they were owed.

Jesus tried to pose as if he were a very proud and important person like a Pharisee. Then he explained that the Pharisee said this prayer: “O God, I thank you that I am not like the rest of humanity —greedy, dishonest, adulterous — or even like this tax collector. I fast twice a week, and I pay tithes on my whole income.”

Then Jesus folded his hands together and bowed his head as he said the tax collector’s prayer. “O God, be merciful to me a sinner.”

After a brief pause for the people to think about his story, Jesus said, “I tell you, the latter (meaning the tax collector) went home justified, not the former (the Pharisee); for everyone who exalts himself will be humbled, and the one who humbles himself will be exalted.” After Jesus had finished preaching, the people would often bring their children so that Jesus would touch them and bless them. The apostles did not want all the children coming around Jesus, so they tried to send them back with their parents. Jesus stopped them and told the parents to bring the children to him.

READ MORE ABOUT IT:
Luke 18

Q&A
1. What two people said their prayers in the story Jesus told?
2. What did Jesus say about children?

St. Cedd (620-664) was one of four priests selected by the king to preach to Northumbria. After serving in that mission, Cedd was sent to Essex with another priest to try to bring the people there out of their heathen ways and into Christianity. He was appointed bishop of the East Saxons and as part of his work built churches and ordained priests and deacons. Although several of the buildings Cedd established were later destroyed during attacks by the Danes, he built a monastery in Yorkshire where he spent 40 days fasting and praying. He inspired many men to join religious orders and follow his example of religious dedication. We honor him on Oct. 26. 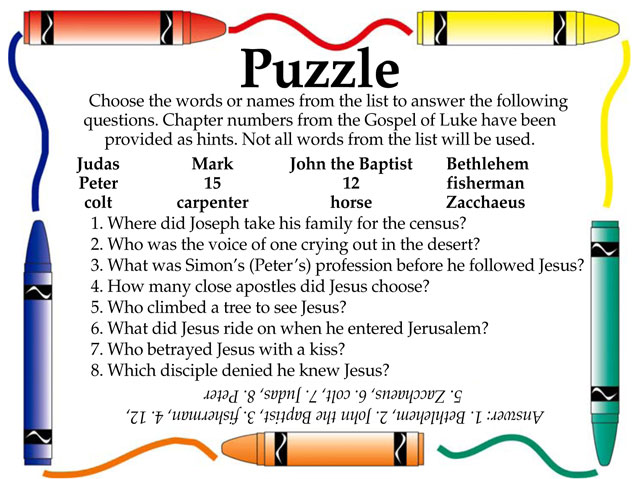