Jesus refers to John as his messenger - Catholic Courier 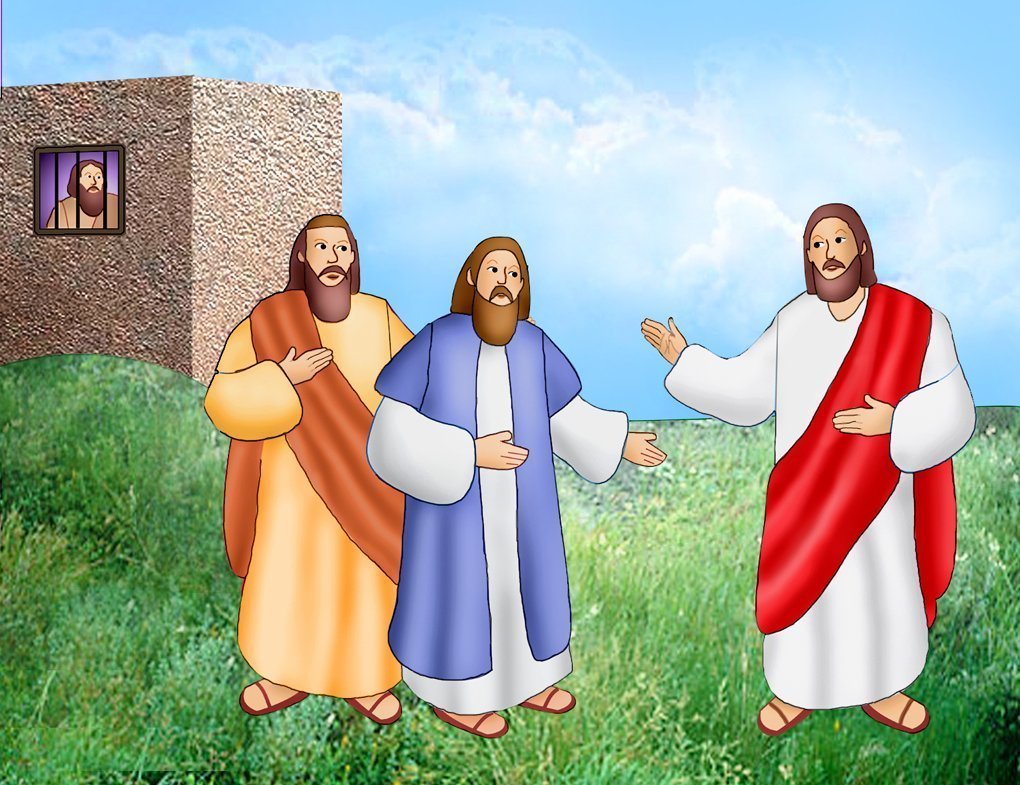 Jesus refers to John as his messenger

Jesus refers to John as his messenger

Even though John called the Baptizer was in prison, he was hearing about the wonderful deeds performed by Jesus, the Messiah. He sent some of his disciples, who were not imprisoned, to find Jesus and ask him a question. When the men found Jesus, they asked him, “Are you the one who is to come, or should we look for another?”

Jesus answered, “Go and tell John what you hear and see: the blind regain their sight, the lame walk, lepers are cleansed, the deaf hear, the dead are raised, and the poor have the good news proclaimed to them. And blessed is the one who takes no offense at me.”

After Jesus had spoken, John’s disciples bowed respectfully to Jesus and headed back to prison to tell John what they had seen. As these men were leaving, Jesus decided to talk about John to the people who had gathered to hear him preach.

He extended his hand, pointed into the distance and asked, “What did you go out to the desert to see? A reed swayed by the wind? … To see a prophet?” Jesus spoke softly, but firmly and said, “Yes, I tell you, and more than a prophet. This is the one about whom it is written: ‘Behold, I am sending my messenger ahead of you; he will prepare your way before you.’”

Jesus waved the people back to make a path for himself so he could walk into the crowd. When he was surrounded by people, he said, “Amen, I say to you, among those born of women there has been none greater than John the Baptist.”

Most of the people nodded in agreement. Everyone had heard of John. Many of them had been baptized by him. But Jesus was not finished speaking. “Yet the least in the kingdom of heaven is greater than he.”

When Jesus preached, he often told stories or used figures of speech that the people did not always completely understand. They wondered, “What is the kingdom of heaven?” and “Who is the least?”

Jesus expressed some anger toward the people who did not accept John or himself. “For John came neither eating nor drinking, and they said, ‘He is possessed by a demon.’ The Son of Man came eating and drinking and they said, ‘Look, he is a glutton and a drunkard, a friend of tax collectors and sinners.’ But wisdom is vindicated by her works.”

READ MORE ABOUT IT:
Matthew 11

Q&A
1. What did John’s disciples ask Jesus?
2. How did Jesus answer them?

John was preaching before Jesus began his own ministry. Because he baptized so many people, he was referred to as John the Baptizer or John the Baptist. In the Book of the Acts of the Apostles, Peter invited everyone who believed in Jesus to be baptized. This rite was considered an important part of acceptance into the church. Even today, we consider baptism one of the three sacraments of initiation. The other two are Eucharist and confirmation. Baptism comes from the Greek word that means to immerse in water. The tradition of baptism has its origins in the Old Testament practice of washing as a form of purification before taking part in a religious ceremony. Paul wrote that being baptized shows we have symbolically followed Jesus into death and resurrection. John told his listeners that he baptizes with water, but Jesus will also baptize with the Holy Spirit.

John of the Cross (d. 1591) was the son of a man in Spain who was taken out of his family’s will for marrying a woman from a lower social class. After his father died, John and his two older brothers had to be raised by their mother, who was very poor. John went to a school for poor children where he became an apprentice to a weaver. John did not have the skills for that trade, so he became a servant in the hospital in Medina for the next seven years. While there he began studying in the college of the Jesuits, and eventually became a priest. St. Teresa heard of good Brother John and told him she believed God wanted him to be the first member of a new community of religious men she was establishing called the Order of Our Lady of Mount Carmel. John made both friends and enemies in his life because of his faith. We honor him on Dec. 14.