Jesus returns to his father in heaven - Catholic Courier 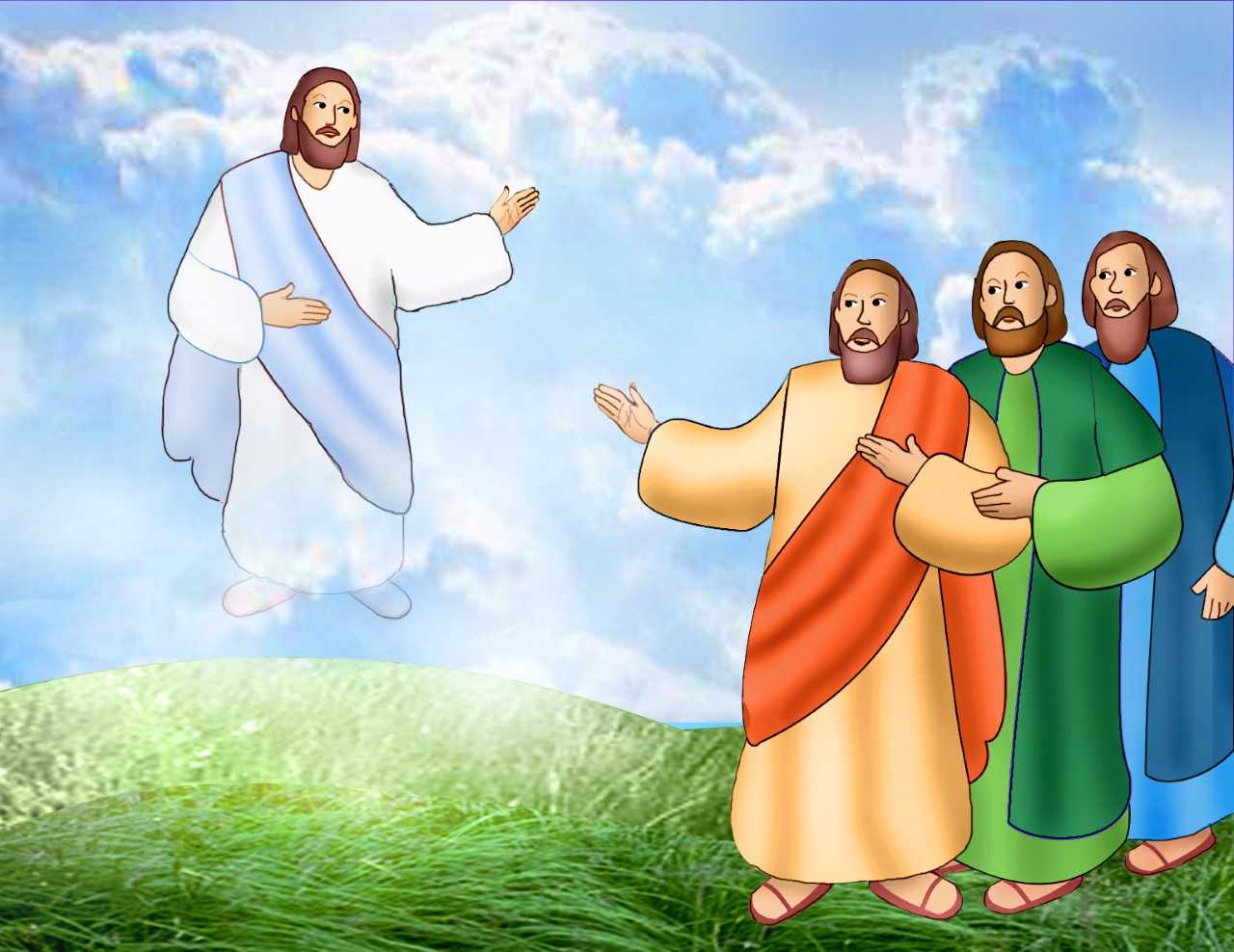 Jesus returns to his father in heaven

Jesus returns to his father in heaven

At the Last Supper, Jesus told his apostles that God would send them someone to help them after Jesus returned to heaven.

“And I will ask the Father, and he will give you another Advocate to be with you always, the Spirit of truth, which the world cannot accept, because it neither sees nor knows it. But you know it, because it remains with you, and will be in you,” Jesus told his friends.

Not long after this conversation with the apostles, Jesus was arrested, crucified and died on the cross. In three days, he resurrected from the dead.

After his resurrection, Jesus appeared in the midst of the apostles, who were in a locked room in Jerusalem.

Jesus ate a piece of baked fish and he talked to them about what he wanted them to do after he returned to heaven.

“Go into the whole world and proclaim the Gospel to every creature,” Jesus instructed his friends. “Whoever believes and is baptized will be saved; whoever does not believe will be condemned.”

Jesus and his apostles gathered on the mount called Olivet, which is near Jerusalem. The apostles wanted to know if Jesus was going to restore the kingdom to Israel before he returned to heaven.

“It is not for you to know the times or seasons that the Father has established by his own authority,” Jesus replied. “But you will receive power when the Holy Spirit comes upon you, and you will be my witnesses in Jerusalem … and to the ends of the earth.”

As Jesus spoke, a cloud came and lifted him into the sky out of the apostles’ sight.

The apostles gazed into the sky where they last saw Jesus. Suddenly two men dressed in white clothes appeared.

Afterward, the apostles returned to Jerusalem to wait for the Holy Spirit.

1. Who was the advocate God was sending to the apostles?

2. How was Jesus taken into heaven?

St. Boniface was an English monk who was ordained at age 30. He was a very popular preacher and teacher, and he wrote many instructions about the Bible.

After helping to organize the church of Germany, he decided to return to the Netherlands as a missionary and was martyred there in 754. We remember him on June 5.

After Jesus returned to his Father in heaven, the apostles returned to Jerusalem to wait for the Holy Spirit.

The apostles decided to replace Judas Iscariot, who had betrayed Jesus. They thought Judas’ replacement should be someone who had been with them from the time of John the Baptist until Jesus’ return to heaven. The apostles prayed about it and chose a man name Matthias to be one of the Twelve.

During Pentecost, the apostles heard a sound like a strong, driving wind. The Holy Spirit descended upon each man’s head in the form of a tongue of fire.

After they were filled with the Holy Spirit, the apostles began speaking in foreign languages, something they could not do beforehand.

A large crowd of people from many different nations heard the noise. They were shocked to hear the apostles speaking in languages they could understand.

The people in the crowd said that the apostles were drunk, but Peter said that was not true.

Peter went on to preach about Jesus, and about 3,000 people were baptized that day.