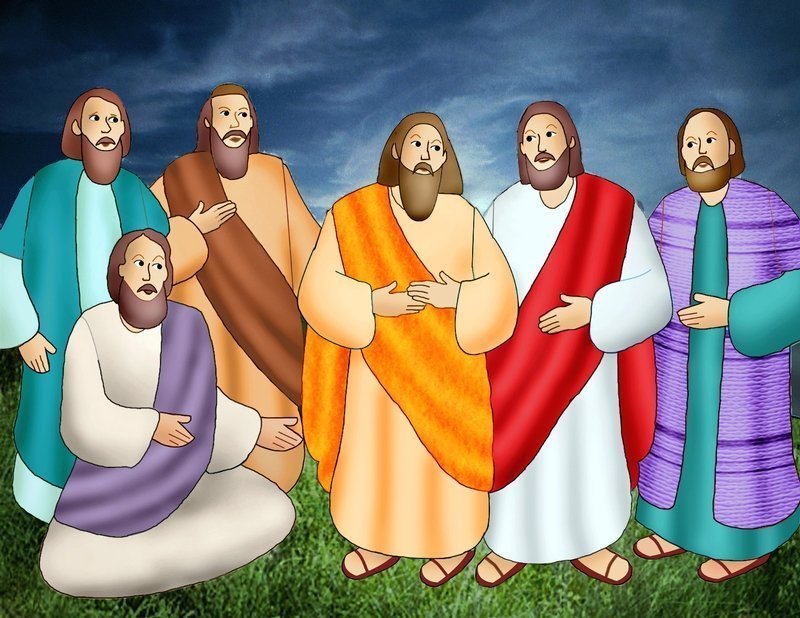 Jesus said he came to divide nations into two groups

Jesus said he came to divide nations into two groups

After he chose his 12 apostles, Jesus gave his friends the power to cure illnesses and drive unclean spirits out of people.

Then Lord told his friends to preach to the lost sheep of the house of Israel. When they came to a town, they were to find a worthy person to stay with. And if a community did not want to listen to their preaching, they were to leave and not associate with unbelievers.

Jesus warned his friends that he was sending them among wolves — people who might want to hurt or even kill them because they preached in his name. He told them not to worry, because God’s spirit would help them when they faced trouble.

“Brother will hand over brother to death, and the father his child; children will rise up against parents and have them put to death. You will be hated by all because of my name, but whoever endures to the end will be saved,” Jesus said.

Even though Jesus described some very scary things, he reminded his friends that God loves all of his creations, especially mankind.

“Are not two sparrows sold for a small coin? Yet not one of them falls to the ground without your Father’s knowledge. Even all the hairs of your head are counted. So do not be afraid; you are worth more than many sparrows,” Jesus said.

The Lord explained that he did not come into the world to bring peace, but the sword. He said that people in the same family would get mad at each other and become enemies because some would believe in him and others would not.

Jesus reminded the apostles that those who followed him and loved him more than anyone else would be rewarded.

1. To whom did Jesus want the apostles to preach?

2. What did Jesus come into the world to do?

For example, in Genesis 1:4, when God created the earth, he created light and darkness and found them both to be good. He divided the two, calling the light day and the darkness night.

In 1 Kings 11:9-13, King Solomon didn’t follow God’s laws, which the Lord found to be evil and bad. So God decided to punish Solomon by dividing his kingdom in two kingdoms, Judah and Israel. Solomon, the son of the great King David, would rule over only two of the 12 tribes, Judah and Benjamin.

In Matthew 25:31-46, Jesus explained that when the Son of Man comes to judge the nations, they will be divided into two groups, sheep and goats. The goats will be on his left and will suffer eternal punishment in hell, and the sheep will be on his right and will inherit the kingdom of heaven.

St. Christina the Astonishing was born in Belgium in 1150. When she was about 22, she suffered from a seizure and everyone thought she had died. Her body was placed in an open coffin during her funeral Mass. Everyone was surprised and frightened when she suddenly woke up and her body soared to the roof of the church. She said she had been dead and was first in hell, then in heaven.

For the rest of her life, Christina acted very oddly. She said she could not stand the smell of sinful people and would do anything to get away from them. She lived as a beggar, and her last years of life were spent in a convent.

Although she frightened many people, there were some people, including other saints, who admired her faith. She died in 1224, and we remember her on July 24.