Jesus says it is important to be watchful - Catholic Courier 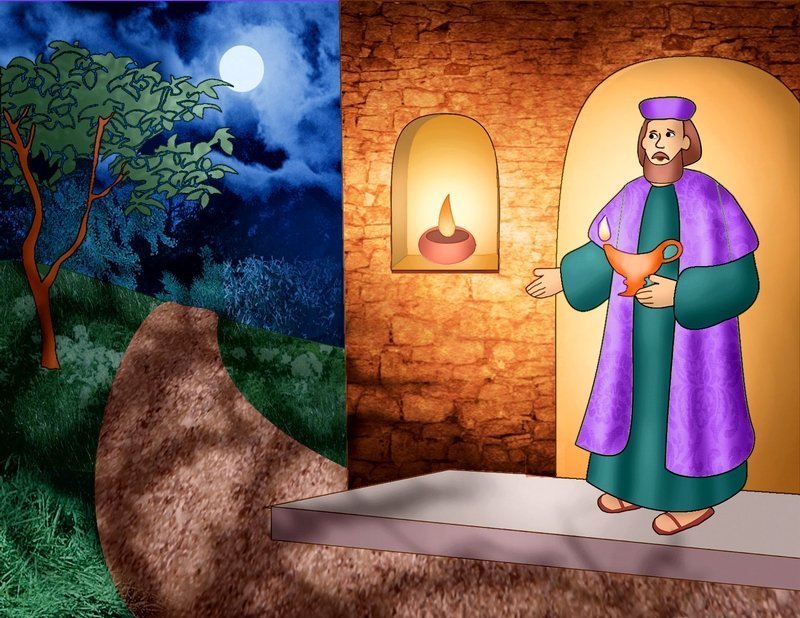 Jesus says it is important to be watchful

Jesus says it is important to be watchful

One day, Jesus and the apostles were on the Mount of Olives. The apostles wanted to know more about when the Son of Man would come at the end of the age and what signs there would be of his coming.

Jesus described what the earth would be like right before his return. He warned that people would try to trick them. Those people would lie and say that they were prophets, and some people would even pretend to be Jesus.

He warned his friends not to believe everything they heard and saw.

Jesus then compared the signs of his coming to a fig tree.

“Learn a lesson from the fig tree,” he said. “When its branch becomes tender and sprouts leaves, you know that summer is near. In the same way, when you see all these things, know that he is near, at the gates.”

Jesus also let the apostles know how important it was to always be ready for his return, because it could happen on any day, at any time.

“But of that day and hour no one knows, neither the angels of heaven, nor the Son, but the Father alone,” Jesus explained.

He said that on the day of his coming, people would be going about their daily lives — eating, drinking, getting married — just as they were doing before the flood came during Noah’s time.

“They did not know until the flood came and carried them all away,” Jesus said. “So will it be also at the coming of the Son of Man.”

He used the example of two men working in the fields and two women working at a grinding stone.

When the Son of Man comes, one of the men and one of the women will be taken, Jesus said, and the others will be left behind.

“Therefore, stay awake!” Jesus warned his apostles. “For you do not know on which day your Lord will come.”

“Be sure of this,” Jesus added, “if the master of the house had known the hour of night when the thief was coming, he would have stayed awake and not let his house be broken into. So too, you also must be prepared, for at an hour you do not expect, the Son of Man will come.”

Pay close attention to the Scriptures being proclaimed during Advent. You will notice that many are from the Old Testament book of Isaiah.

You may wonder why, since Advent celebrates the birth of Jesus, the Messiah, and that story is in the Gospels.

But did you know that Isaiah contains prophesies about the Messiah?

For example, in Isaiah 7:14, we read, “Therefore the Lord himself will give you a sign; the young woman, pregnant and about to bear a son, shall name him Emmanuel.”

Isaiah 9:5-6 says, “For a child is born to us, a son is given to us. … They name him Wonder-Counselor, God-Hero, Father-Forever, Prince of Peace. His dominion is vast and forever peaceful, upon David’s throne.”

And in Isaiah 53:3-7, we read that the Messiah was pierced and “bore the punishment that makes us whole, by his wounds we were healed.”

It is exciting to read Isaiah’s prophesies about the Messiah and see them fulfilled by Jesus.

St. Nicholas was the bishop of Myra, Turkey, in the fourth century, and he was known for his piety and zeal.

Few other facts are known about St. Nicholas, but there are plenty of
legends.

One tells of a man who lost all of his money and could not afford the dowries needed so that his three daughters could be married. So, St. Nicholas walked by the man’s house and tossed three bags of gold into an open window. It is said the bags landed in shoes or stockings being dried by the fire.

That’s why in some countries, children leave out their shoes or stockings to be filled with gifts on the saint’s Dec. 6 feast day.

St. Nicholas was made popular in America by Dutch settlers, who called him by a different name: “Sint Niklaas,” which evolved to “Santa Claus.”