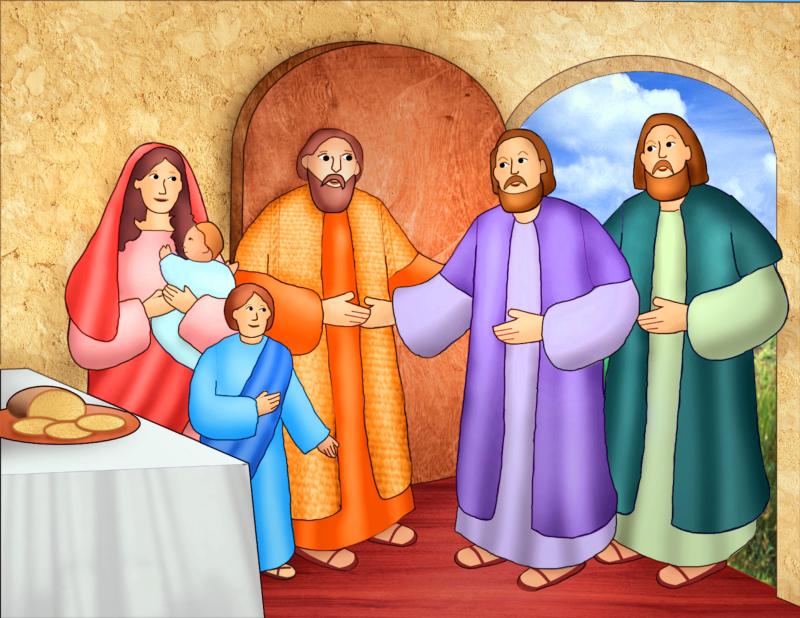 Jesus sends 72 men on a mission

Jesus sends 72 men on a mission

Jesus did a lot of traveling so he could speak to as many people as possible about God.

One day, Jesus decided to send 72 of his followers ahead of him to the communities he planned to visit.

“The harvest is abundant but the laborers are few; so ask the master of the harvest to send out laborers for his harvest,” he said as he split the men into pairs.

Jesus warned his friends that he was sending them “like lambs among wolves.” He also told them they could not carry money bags, sacks or sandals, and told them not to greet anyone along the way.

When they arrived in a town, they were to visit people in their homes.

“Into whatever house you enter, first say, ‘Peace to this household.’ If a peaceful person lives there, your peace will rest on him; but if not, it will return to you,” Jesus said.

Jesus told his friends to stay in one peaceful home only and not move around from house to house. They also were to eat and drink whatever their hosts offered, “for the laborer deserves payment.”

“Whatever town you enter and they welcome you, eat what is set before you, cure the sick in it and say to them, ‘The Kingdom of God is at hand for you,'” Jesus continued.

He also told the 72 what to do if they were not welcomed.

“Whatever town you enter and they do not receive you, go out into the streets and say, ‘The dust of your town that clings to our feet, even that we shake off against you,'” Jesus said. “Yet know this: The kingdom of God is at hand.”

When Jesus finished speaking, the 72 left. When they returned from their missions, they were very excited.

“Lord,” they said, “even the demons are subject to us because of your name.”

Jesus agreed that he did indeed give them great power but warned them not to take pride in it.

1. How many men did Jesus send out to evangelize?

2. What were the men speaking excitedly about when they returned?

ESSAY: Jesus told his followers to be more concerned with their lives in heaven than with their earthly lives and possessions. How do you follow Jesus’ advice in your life?

In Matthew 10, we read that there was another group of men that Jesus sent out to evangelize — the Twelve Apostles.

Jesus gave the apostles the power to drive out unclean spirits and cure diseases. He told them not to take anything with them on their journeys, such as second tunics and walking sticks.

He also warned his friends that he was sending them like sheep in the midst of wolves. That’s why he suggested that they “be shrewd as serpents and simple as doves.”

“But beware of people,” Jesus said, “for they will hand you over to courts and scourge you in their synagogues, and you will be led before governors and kings for my sake as a witness before them and the pagans.”

Some of what Jesus told the apostles sounds similar to what he told his 72 followers when he sent them out to bring God’s word to the people. However, he gave the apostles some additional instructions.

“Do not go into pagan territory or enter a Samaritan town,” Jesus told the Twelve. “Go rather to the lost sheep of the house of Israel.”

St. John of Capistrano was born in Italy in 1386. He met his wife, who was from a prominent family, while studying law in Perugia. He later became the city’s governor in 1412.

While he was imprisoned during a civil war, John had a vision of St. Francis. He had a spiritual conversion and decided he wanted to join the Friars Minor, which he did in 1416 after he was dispensed from his marriage vows. He was ordained a priest in 1420.

He became a great preacher and worked hard to make his order better. He also led part of a Christian army to victory over the Turks, who had laid siege to Belgrade in 1456. John died not long after the battle was over, and we honor him on Oct. 23.

Complete the sentences below using the hints provided from Luke 10 about the mission of the 72.