Jesus talks about his own death - Catholic Courier 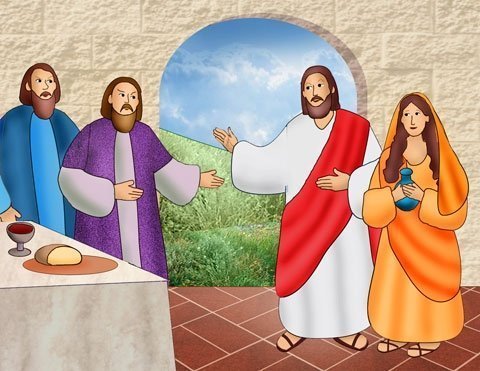 Jesus talks about his own death

Jesus talks about his own death

The chief priests and scribes wanted to find a way to arrest Jesus. They knew it would be safer to do so after Passover and the Feast of Unleavened Bread, because if they did it beforehand the people might become angry and start a riot. So they waited for an opportunity.

While he was in the town of Bethany, Jesus was having dinner with a man named Simon the leper, who had invited some of his friends. A woman came with an alabaster jar filled with expensive perfume and oils. She broke the jar and anointed Jesus with the oil. The dinners guests were very angry at this gesture.

“Why has there been this waste of perfumed oil? It could have been sold for more than three hundred days’ wages and the money given to the poor.”

But Jesus said, “Let her alone. Why do you make trouble for her? She has done a good thing for me. The poor you will always have with you, and whenever you wish you can do good to them, but you will not always have me. She has done what she could. She has anticipated anointing my body for burial.”

Shortly after this, Judas Iscariot, who was one of the first apostles Jesus had chosen, left to meet with the priests and scribes. They had promised to pay him for betraying Jesus.

On the first day of the Feast of Unleavened Bread, the apostles asked Jesus, “Where do you want us to go and prepare for you to eat the Passover?”

Jesus sent two of his apostles into the city. He told them they would find a man carrying a jar of water, and this man would show them a room that would be prepared for them to use to share the Passover meal. They found the man and the room was set up for the celebration.

Later that evening, when they were sitting at the table, Jesus said to his apostles, “Amen, I say to you, one of you will betray me, one who is eating with me.” No one could believe what Jesus had just said, and they all denied that any of them would do such a thing. But Jesus added, “For the Son of Man indeed goes, as it is written of him, but woe to that man by whom the Son of Man is betrayed. It would be better for that man if he had never been born.”

READ MORE ABOUT IT:
Mark 14

Q&A
1. Why did the chief priests and scribes have to wait to arrest Jesus?
2. What holy day were the apostles celebrating with Jesus?

Jesus set the example that we follow today when we celebrate Eucharist during Mass. He told his apostles that the wine was his blood and the bread was his body. His body was broken when he died on the cross for our sins, and the blood is the blood of his covenant, or promise. One of the most important parts of our religious education is our preparation for our first Communion, which is one of the sacraments of initiation into the church. The other two are baptism and confirmation. A section of the Mass is called the Liturgy of the Eucharist, and when we receive the host, we are told it is “the body of Christ.” In 1 Corinthians 12 St. Paul tells us that by partaking of the Eucharist we “proclaim the death of the Lord until he comes.”

Paula Frassinetti (1809-1882) had to live with her brother, who was a priest, after the death of her mother. She helped her brother with many of the duties within the parish, but she saw a great need for better education of the poor children of the area. Paula’s brother, other clergy and the parish congregation established a small school in a church that had been dedicated to St. Clare. Paula became a sister, and along with other sisters, they called their new religious congregation the Sisters of St. Dorothy. The sisters founded several schools, and a trip to Rome earned them the support of Pope Gregory XVI and after him the support of Pope Pius IX. The sisters eventually established schools in other countries as well. We honor Paula on June 12. 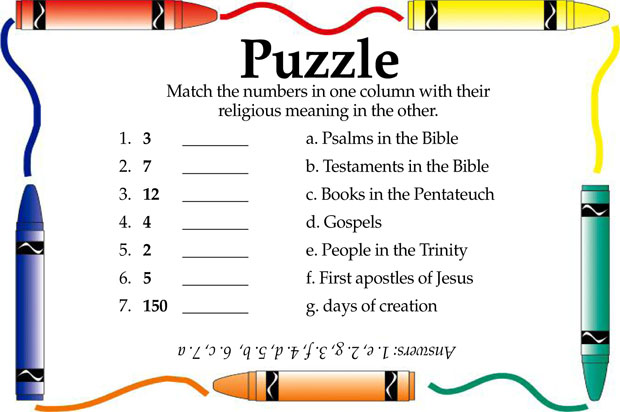