Jesus talks about the kingdom of God - Catholic Courier 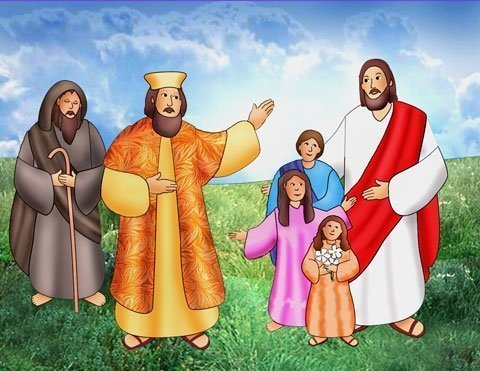 Jesus talks about the kingdom of God

Jesus talks about the kingdom of God

Wherever Jesus went, he attracted crowds of people who came to hear him, and many times they brought their children with them, hoping Jesus would bless them.The apostles tried to keep the children away from Jesus, but Jesus stopped them and said, “Let the children come to me and do not prevent them; for the kingdom of God belongs to such as these. Amen, I say to you, whoever does not accept the kingdom of God like a child will not enter it.”

Later, a man who held a position as an official said to Jesus, “Good teacher, what must I do to inherit eternal life?”Jesus replied, “You know the commandments, ‘You shall not commit adultery; you shall not kill; you shall not steal; you shall not bear false witness; honor your father and your mother.” The man said, “All of these I have observed from my youth.” But Jesus knew the man’s heart, so he said, “There is still one thing left for you: Sell all that you have and distribute it to the poor, and you will have a treasure in heaven. Then come, follow me.” When the man heard this, he became upset, because he was very rich.

So Jesus said, “How hard it is for those who have wealth to enter the kingdom of God!” When the other people in the crowd heard this, they asked, “Then who can be saved?” Jesus told them, “What is impossible for human beings is possible for God.” Then Jesus left the crowd and said to his apostles privately, “Behold, we are going up to Jerusalem and everything written by the prophets about the Son of Man will be fulfilled.”

Along the way, when Jesus was near to Jericho, a blind man who was begging by the side of the road heard a commotion and asked what was happening. Someone said to him, “Jesus of Nazareth is passing by.” The blind man immediately called out, “Jesus, Son of David, have pity on me!” The people in front of Jesus told the blind man to be quiet, but he called out even louder, “Son of David, have pity on me!” This time Jesus heard the man and told his apostles to bring him closer. Jesus asked him, “What do you want me to do for you?” “Lord, please let me see,” he replied. Jesus said to him, “Have sight; your faith has saved you.”  From that moment the man was able to see, and he praised God.

READ MORE ABOUT IT:
Luke 18

Jesus performed many miracles while he was on earth. Some were of healing (for example, in Luke 18 Jesus restores sight to a blind man), and others were to demonstrate God’s power, such as when Jesus fed thousands of people with only a small portion of fish and bread.

The first miracle that Jesus performed was when he changed water into wine at a wedding that he attended with his mother in Cana. Although some of the miracles of Jesus are recorded in more than one of the Gospels, this miracle can only be found in the second chapter of the Gospel of John.

Some Bibles and other religious reference books contain a section called the “Harmony of the Gospels” or a similar title. This section lists where in the Gospels you can read about Jesus’ miracles, life and ministry.

Rose Philippine Duchesne (1769-1852) was the daughter of a wealthy merchant in Grenoble, France, so she had many advantages that allowed her to receive a good education. She also was encouraged by a Jesuit priest to consider working as a missionary. When she was 17 years old, she joined a convent. Unfortunately, there was a revolution in the country, and she was unable to continue living in the convent for very long. She still ministered and offered aid to children and also people who were sick or in prison. Many years later, in 1818, she became one of only four nuns who traveled to New Orleans to work as a missionary in a foreign country. She struggled to speak English and the Native American languages, but she was able to start a school as well as a convent. She was loved because of her holiness and determination. We honor her on Nov. 18. 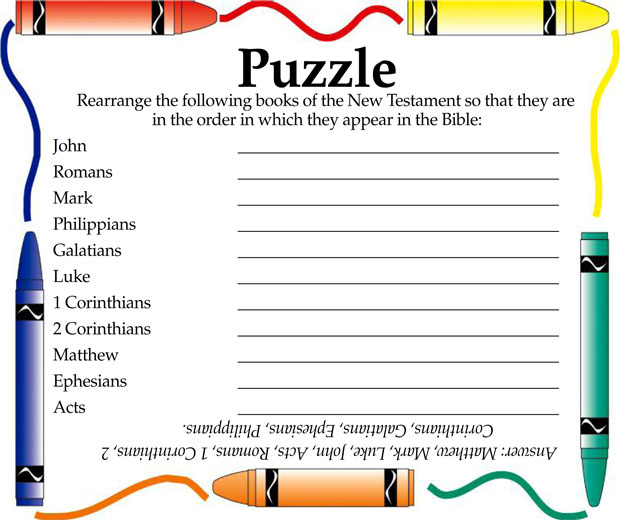