Jesus talks about the members of God's family - Catholic Courier Bible Accent: The Bible talks a lot about families

Jesus and his apostles were traveling around Galilee. Wherever they went, Jesus would heal the sick and drive unclean spirits from people.

One day, Jesus came home with his friends. As usual, a huge crowd gathered around him, and Jesus and the apostles couldn’t even eat a meal.

When Jesus’ relatives heard that Jesus was home, they made plans to seize him because they were worried about him.

The scribes, who had come from Jerusalem, thought that Jesus was possessed by an unclean spirit. They even suggested that Satan was giving him the power to remove unclean spirits from those who were possessed.

“By the prince of demons he drives out demons,” they insisted.

When Jesus heard what the scribes were saying, he summoned the crowd to him and began to speak in parables.

“How can Satan drive out Satan?” Jesus asked those in the crowd. “If a kingdom is divided against itself, that kingdom cannot stand. And if a house is divided against itself, that house will not be able to stand. And if Satan has risen up against himself and is divided, he cannot stand; that is the end of him. But no one can enter a strong man’s house to plunder his property unless he first ties up the strong man. Then he can plunder the house.”

Then Jesus told everyone about a sin that could not be forgiven: attributing to Satan things that are the work of the Holy Spirit.

“Amen, I say to you, all sins and all blasphemies that people utter will be forgiven them. But whoever blasphemes against the Holy Spirit will never have forgiveness, but is guilty of an everlasting sin,” he said.

Just then, some people in the crowd told Jesus that his mother and other relatives had arrived and were asking for him.

“Who are my mother and my brothers?” Jesus asked as he looked at the people gathered around him.

Jesus spread out his arms.

“Here are my mother and my brothers,” he said of the crowd. “For whoever does the will of God is my brother and sister and mother.”

1. Who wanted to see Jesus?

2. Who did Jesus call his family?

The Bible talks a lot about families.

For example, in the Book of Genesis, we read that God created Adam and Eve, the first family. Afterward, he told them to “be fertile and multiply; fill the earth and subdue it” (Gn 1:28).

God also talked about families in two of the Ten Commandments. In Exodus 20, he told the Israelites to honor their fathers and mothers and to be faithful to their spouses.

In Ephesians 5:33, the apostle Paul said that husbands and wives should love and respect each other. In Colossians 3:20-21, St. Paul also said that children should obey their parents, and fathers should not provoke or discourage their children.

Jesus talked about the sacredness of marriage in Matthew 19:1-6. And in John 19:25-27, right before he died on the cross, he made sure that his own mother was taken care of by one of his apostles.

During his ministry, Jesus also talked about being part of God’s family, which includes everyone who does God’s will.

So not only did Jesus see the biological family as important, but also the spiritual family — the members of his church, who might not even be related to one another.

St. Alban lived in third-century Britain during a time when the Romans were persecuting Christians.

Even though Alban was a pagan, he helped a priest who was fleeing from the persecution. This priest wound up baptizing Alban as well.

When the Romans found out that he had helped a priest escape capture, he was arrested and killed.

Alban is believed to have been Britain’s first martyr. A cathedral and an abbey were even built on the hilltop upon which he is said to have been killed.

The essay question for June 2018 is: What does being part of God’s family mean to you?

All entries of 100 words or less must be received by the Catholic Courier no later than 4:30 p.m. on June 20, 2018, to be considered for this contest. The winner, whose essay will be published in an upcoming print and online edition of Kids’ Chronicle, will be notified by phone. 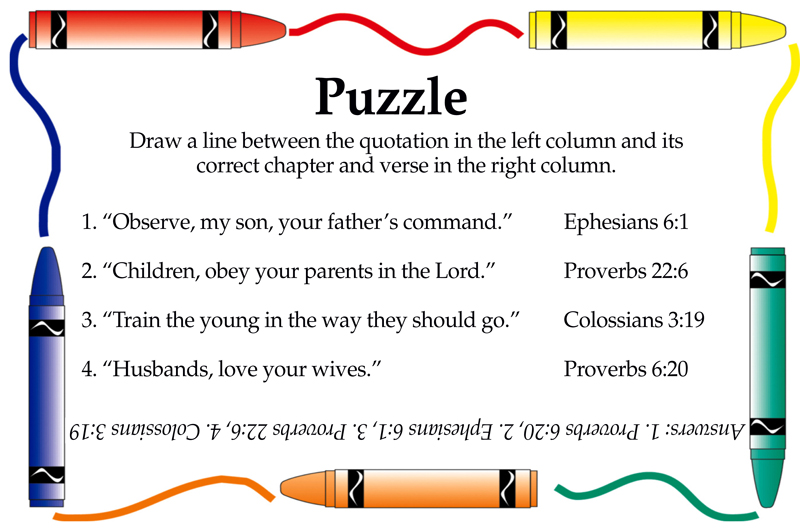