Jesus talks to the apostles about heaven - Catholic Courier 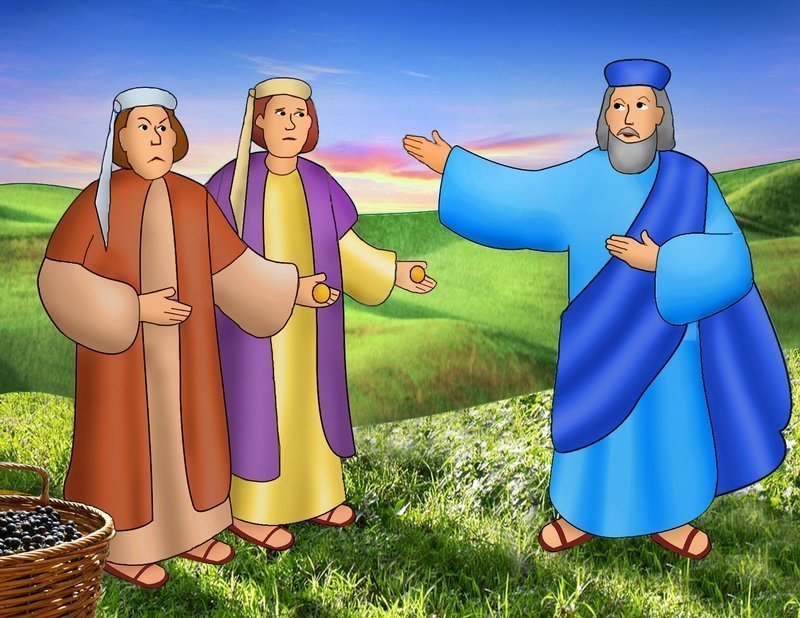 Jesus talks to the apostles about heaven

Jesus talks to the apostles about heaven

During their travels, Jesus told the apostles about the kingdom of heaven.

After he was done preaching to a crowd, some parents brought their children to Jesus for a blessing. The apostles scolded them and tried to keep the children away. But Jesus laid his hands on the children’s heads, saying, “The kingdom of heaven belongs to such as these.”

Soon after, a rich young man asked Jesus what he needed to do to gain eternal life. The Lord told him to sell all of his things and to follow him.The young man was very sad and walked away. He did not want to give up his possessions.

“It is easier for a camel to pass through the eye of a needle than for one who is rich to enter the kingdom of God,” the Lord told his friends.

Peter wanted to know what the apostles would receive, because they had given up everything to follow Jesus. The Lord said all who give up their possessions and families to follow him would inherit eternal life in heaven. But, he added, “Many who are first will be last, and the last will be first.”

To help his friends understand, he told a parable. “The kingdom of heaven is like a landowner who went out at dawn to hire laborers for his vineyard,” he said. A group of men agreed to do the work for the usual daily wage paid to laborers.

At 9 a.m., noon, 3 p.m. and 5 p.m., the landowner hired more men, saying he would pay them what was just. At the end of the day, the landowner told his foreman to pay the workers “beginning with the last and ending with the first.”

The men hired at 5 p.m. were paid the usual daily wage even though they had not worked a full day. The men hired first had worked longer and expected to make more money.

Instead, they, too, received the usual daily wage. “You have made them equal to us,” the men hired first complained.

“Did you not agree with me for the usual daily wage?” the landowner asked. “What if I wish to give this last one the same as you? … Are you envious because I am generous?” “Thus,” Jesus said, “the last will be first, and the first will be last.”

1. Who will inherit eternal life?

2. What parable did Jesus tell his friends?

There are many passages in the Bible that talk about heaven.

For example, in the Book of Revelation, John describes how he was taken up into heaven and what he saw there. In Revelation 4, he talks about seeing the throne of God and the living creatures and elders who worship the Lord all day and night.

“He will wipe every tear from their eyes, and there shall be no more death or mourning, wailing or pain,” he wrote in Revelation 21:4.

Jesus also talked about heaven. In John 14:2, he told his apostles, “In my Father’s house there are many dwelling places. If there were not, would I have told you that I am going to prepare a place for you?”

In Matthew 25, he told some parables about how important it is to be faithful, wise and prepared in order to be welcomed into the kingdom of heaven.

And in Matthew 19, the Lord said that in order to inherit eternal life in heaven, one must give up everything and follow him.

Rose was very happy living with her family, and she helped support them by selling her needlework and the flowers she grew.

For 10 years, her family tried to force her to marry. Instead, she joined the Third Order of St. Dominic and lived alone in a small hut in the family garden. For most of her life, her family and friends made fun of her for how she chose to live. But God gave her many graces, and she had many visions from him.

At the end of her life, she suffered from a long, painful illness. She prayed to suffer even more so her heart could become more loving.