Jesus teaches about his mission as savior - Catholic Courier 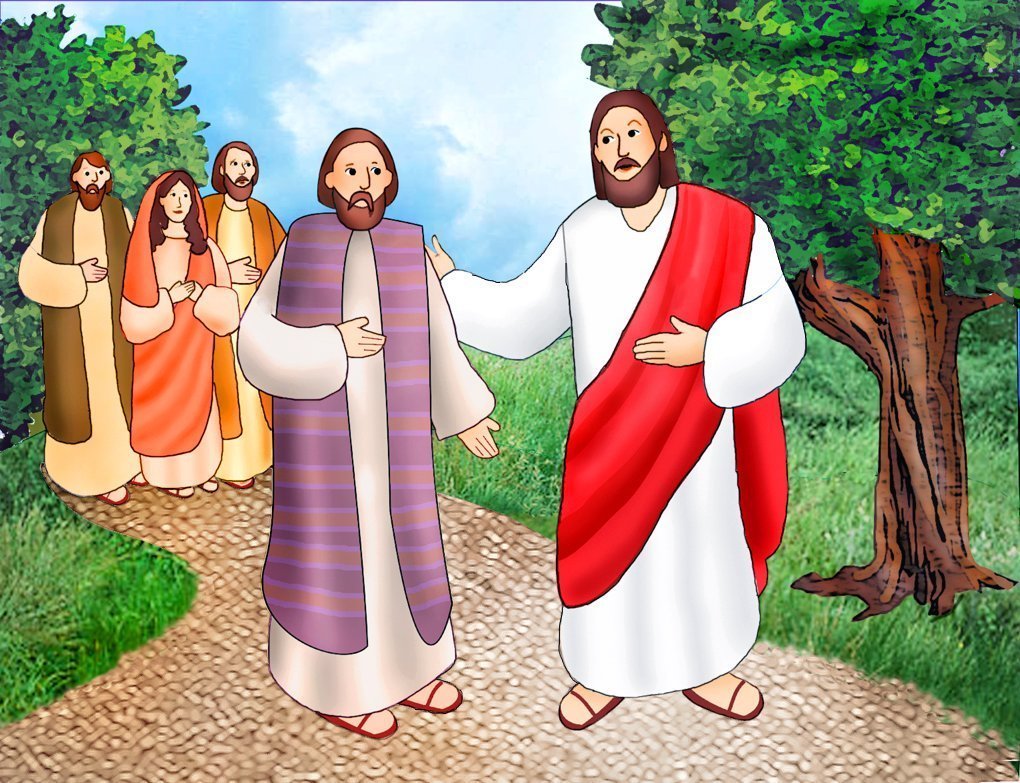 Jesus teaches about his mission as savior

As he traveled across the country, Jesus always had time to teach a lesson, to heal a sick or injured person, or to feed people who were hungry. On this day, Jesus left for the villages of Caesarea and Philippi accompanied by his disciples. As he walked alongside of his friends, Jesus asked them a question. “Who do people say that I am?”

“John the Baptist, others Elijah, still others one of the prophets,” they answered.

Then Jesus asked them another, more direct question. “But who do you say that I am?” Peter immediately declared, “You are the Messiah.” Then Jesus told his disciples not to say that to anyone else, for their own safety. Although Peter was the first to recognize and profess that Jesus was the Messiah, later that same day, he had to be scolded by Jesus. Jesus had been teaching about the Son of Man who would suffer during his life. He would be rejected by the elders, the chief priests and the scribes, then he would be killed. But after three days he would come back to life.

Since Jesus said these things to the crowds of people that often followed him, Peter took him aside privately and told him he should not be saying such things.

“Get behind me, Satan,” Jesus said to Peter. “You are thinking not as God does, but as human beings do.”

Then Jesus went back to continue teaching the people. “Whoever wishes to come after me,” he told them, “must … take up his cross, and follow me. For whoever wishes to save his life will lose it, but whoever loses his life for my sake and that of the gospel will save it.” The people who were listening had no idea that Jesus was foretelling what would happen in his own life, and that he was inviting them to share in his sufferings.

Jesus paused to emphasize the importance of what he was saying. “What profit is there for one to gain the whole world and forfeit his life? What could one give in exchange for his life? Whoever is ashamed of me and of my words in this faithless and sinful generation, the Son of Man will be ashamed of when he comes in the Father’s glory with the holy angels.”

READ MORE ABOUT IT:
Mark 8

Q&A
1. Who did Peter say Jesus was?
2. What did Jesus say about gaining the world?

The Gospel of Mark may have been the first recorded Gospel, probably written in Rome about 40 years after Jesus’ Ascension.
This is the shortest Gospel, but the author used strong, descriptive language, as if he were writing a newspaper account of the life, ministry and miracles of Jesus. This style caused some people to view it as not as literary or polished as the other Gospels. The church did not include many readings from Mark in the Mass until after the Second Vatican Council, when the book was more appreciated for its content and impact.

Mark is believed to be John Mark, the disciple of Peter and who later traveled with the apostle Paul on some of his missionary journeys.

Paphnutius (d. about 350) was an Egyptian who was a holy confessor. When he was tortured under the Emperor Maximinus, he would not denounce his faith in God. Although his torments cost him an eye, crippled one leg and doomed him to dangerous, backbreaking work in the mines, he never lost hope.

A new regime finally brought peace back to the church, and Paphnutius was eventually made a bishop of Upper Thebaid. He also was a speaker at the Council of Nicea in 325.

When he attended the Council of Tyre in 335, he saw his friend and fellow sufferer for the faith, Maximus, Bishop of Jerusalem. He was concerned that Maximus was sitting with Arians, who were teaching what Paphnutius felt was heresy. He appealed to his friend, who pulled away from the Arians after that. We remember his faithfulness on Sept. 11.