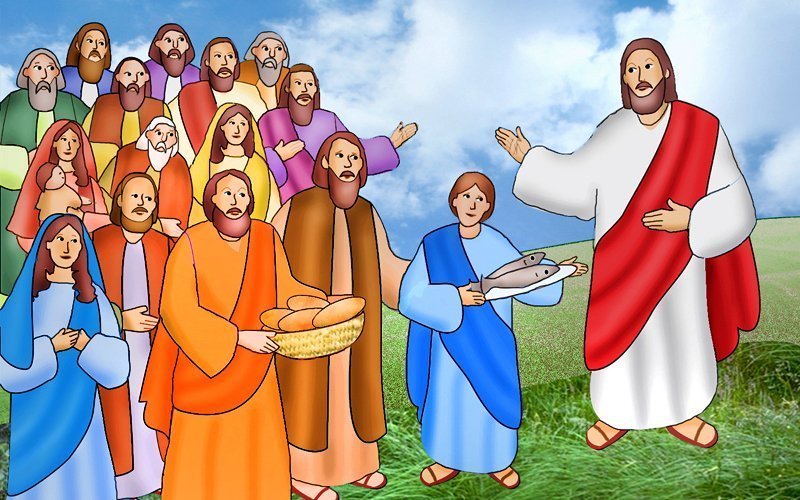 Jesus traveled from village to village near his hometown to teach the people about God.

One day, he decided to send the apostles in pairs to preach in different places.

He gave his friends the authority to drive out unclean spirits and instructions on what they were to do.

For example, he told them the only thing they each could bring on the journey was a walking stick. They were not supposed to bring food, money, a sack or a second tunic.

“Wherever you enter a house, stay there until you leave from there,” Jesus told the apostles. “Whatever place does not welcome you or listen to you, leave there and shake the dust off your feet in testimony against them.”

The apostles traveled around the area to preach about the need for the people to repent of their sinful ways. After a time, they came back to Jesus and told him about the people they taught and healed.

People were coming and going in great numbers as the apostles were talking to Jesus, and they didn’t even have time to eat.

Jesus and his friends went to a deserted place together by boat. But the people saw where they were heading, and a great crowd of people arrived before they did.

Jesus looked at all the people with love, because they were like sheep in need of a shepherd. He then began to teach them many things.

The time grew late, and the apostles told Jesus to dismiss the people so they could go to nearby farms and villages to buy something to eat.

“Give them some food yourselves,” Jesus replied, but his friends said they did not have 200 days’ wages in order to feed such a huge crowd.

“How many loaves do you have? Go and see,” Jesus told them.

When the apostles brought back five loaves and two fish, Jesus took the food and looked up to heaven. He said the blessing and gave the food to the apostles to give to the people.

There were 5,000 men to feed, and they all ate until they were satisfied. On top of that, there were 12 wicker baskets full of leftovers.

1. What are two things the apostles could not take with them?

2. Where did Jesus take the apostles so they could rest?

Jesus performed more miracles in Mark 6 after feeding the 5,000.

As Jesus was dismissing the crowd, he told his friends to cross the Sea of Galilee by boat. Then Jesus went to the mountain to pray.

As evening came, Jesus was alone on the shore. He saw that his friends were quite a distance away in their boat. They were having a hard time rowing because the wind was against them and the sea was churning.

Jesus began walking on the water toward the boat. When the apostles saw him appear out of the storm, they cried out in fear, thinking that he was a ghost.

Jesus reassured his friends and climbed into the boat with them. Immediately, the wind stopped and the sea was calm.

Jesus and his friends then landed at Gennesaret. People there recognized Jesus, and they brought all their sick to him. Jesus touched everyone and healed them.

Edith Stein was born in Poland in 1891. She was the 11th child of a devout Jewish mother, but she had become an atheist by the time she was a teenager.
She changed her mind about God while studying philosophy in Germany. During this time, she read the autobiography of St. Teresa of Avila. She was so affected by St. Teresa’s example that she was baptized a Catholic in 1922 and joined the Discalced Carmelites in Cologne, Germany, in 1933. She then became known as Teresa Benedicta of the Cross.
The Nazis were coming to power in Germany during this time. Since Edith was of Jewish descent, she fled to a convent in the Netherlands. When the Dutch bishops spoke out against Nazi deportations of Jews, Edith was arrested along with other Christians of Jewish origin.
She was martyred at the Nazi concentration camp Auschwitz in 1942, and we remember her on Aug. 9. 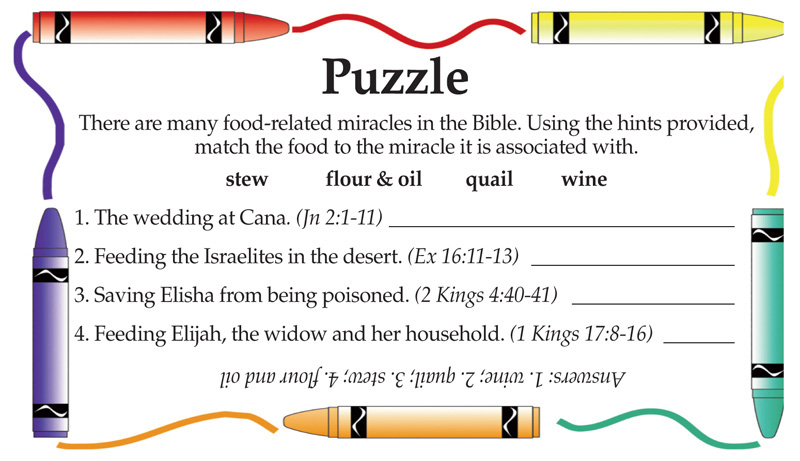