Jesus tells the parable of the Good Samaritan - Catholic Courier 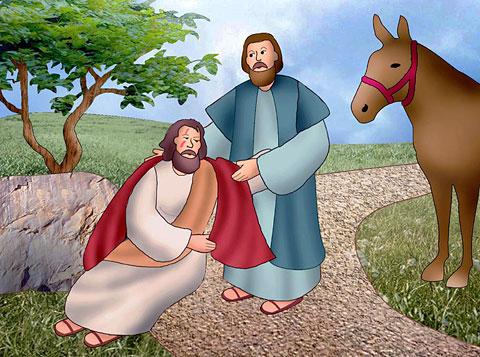 Jesus tells the parable of the Good Samaritan

Jesus tells the parable of the Good Samaritan

When Jesus was teaching, there as a man in the crowd who was a scholar of the law. He wanted to test Jesus, so he asked, “Teacher, what must I do to inherit eternal life?”

Knowing the man’s heart, Jesus answered him by challenging him in return with questions about the Scriptures. “What is written in the law? How do you read it?” The man replied, “You shall love the Lord, your God, with all your heart, with all your being, with all your strength, and with all your mind, and your neighbor as yourself.” Jesus nodded and said, “You have answered correctly; do this and you will live.”

But the man was not satisfied. He wanted to be able to impress the crowd with his knowledge of the law and he hoped to embarrass Jesus. “And who is my neighbor?” he asked. I

nstead of answering the man directly, Jesus decided to tell a story. “A man fell victim to robbers as he went down from Jerusalem to Jericho. They stripped him and beat him and went off leaving him half-dead.” Then Jesus described the actions of three men who passed the injured man. The first man was a priest. When he saw the man, he crossed the road and ignored him. The next man was a Levite. He, too, chose to cross to the other side of the road and continue on his way. But the third man was a Samaritan.

The Samaritans and the Jews have hated each other for centuries. Jesus knew the people were probably expecting the Samaritan in the story to cross the road as well. Jesus continued his story. “But a Samaritan traveler who came upon him was moved with compassion at the sight. He approached the victim, poured oil and wine over his wounds and bandaged them. Then he lifted him up on his own animal, took him to an inn and cared for him. The next day he took out two silver coins and gave them to the innkeeper with the instruction, ‘Take care of him. If you spend more than what I have given you, I shall repay you on my way back.'”

Then Jesus looked into the man’s eyes and asked him, “Which of these three, in your opinion, was neighbor to the robbers’ victim?” The man said plainly, “The one who treated him with mercy.” Then Jesus said, “Go and do likewise.”

READ MORE ABOUT IT:
Luke 10

Q&A
1. What was the first question the man asked Jesus?
2. Who was the injured man’s neighbor?

Jesus often told parables, or stories, in order to teach a lesson while holding the attention of his listeners. The term parable comes from “paraballo,” a Greek word for a comparison. Jesus would compare a spiritual idea with something the people would be familiar with, such as when he said, “The Kingdom of heaven is like a mustard seed.” The basic image in this is that a mustard seed is very small, but it grows into a very large tree. Sometimes Jesus would explain his parables, other times he would not. 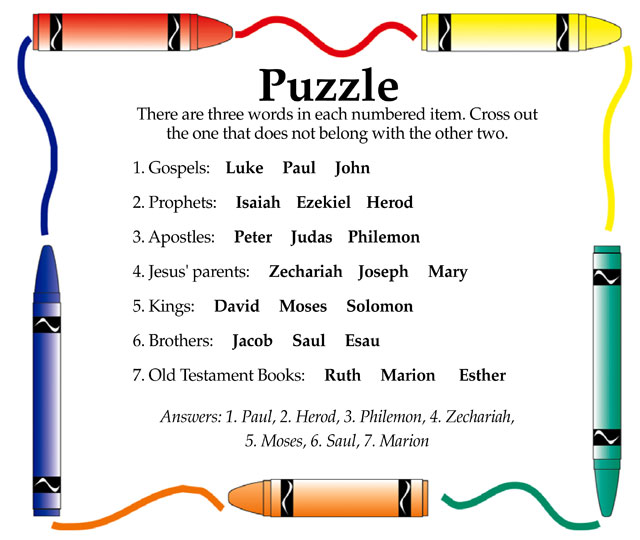