Jesus tells the parable of the wedding feast - Catholic Courier 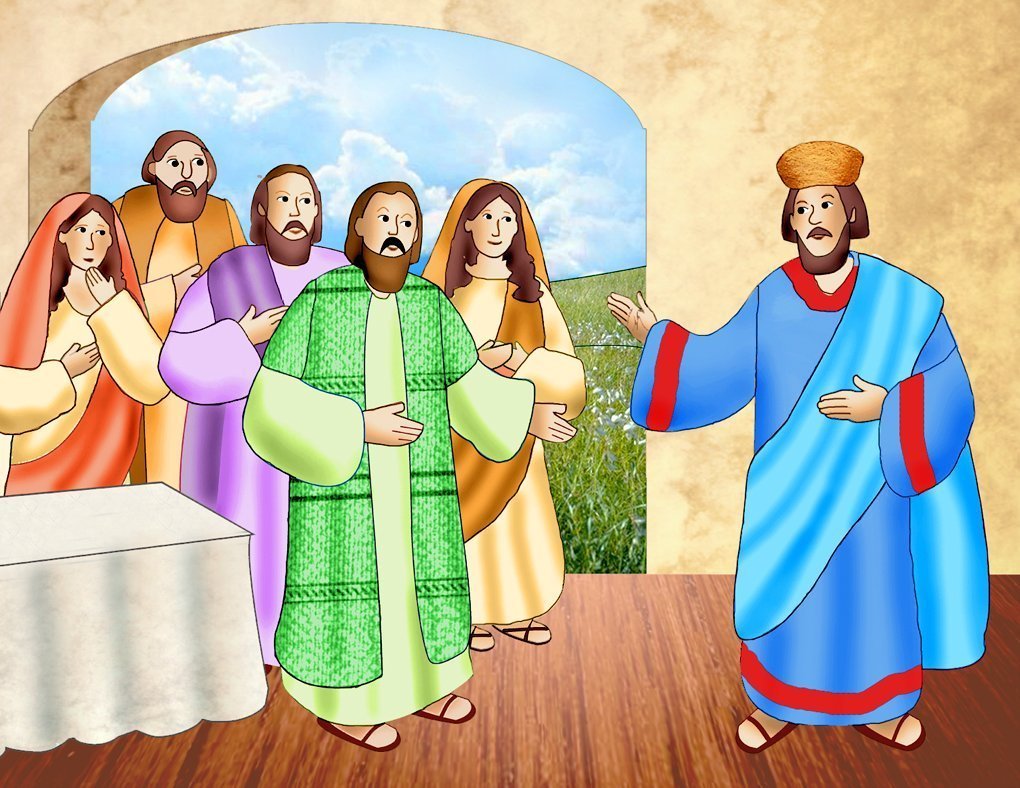 Jesus tells the parable of the wedding feast

Jesus tells the parable of the wedding feast

Jesus often liked to tell stories that illustrated an important idea he wanted the people to understand. “The kingdom of heaven,” he said, “may be likened to a king who gave a wedding feast for his son. He dispatched his servants to summon the invited guests to the feast, but they refused to come. A second time he sent other servants, saying, ‘Tell those invited: “Behold, I have prepared my banquet, my claves and fattened cattle are killed, and everything is ready; come to the feast.”’

Jesus observed the faces of the people, to see who was listening and who was not. He knew that they would understand that being invited to the wedding of the son of a king was an important event. What would they do if they had been invited?

“Some ignored the invitation,” Jesus continued, “and went away, one to his farm, another to his business. The rest laid hold of his servants, mistreated them, and killed them. The king was enraged and sent his troops, destroyed those murderers, and burned their city. Then he said to his servants, ‘The feast is ready, but those who were invited were not worthy to come.’” To emphasize his next point, Jesus extended his hands toward the roads that led to where the people were sitting. “‘Go out, therefore, into the main roads and invite to the feast whomever you find.’ The servants went out into the streets and gathered all they found, bad and good alike, and the hall was filled with guests.”

Jesus stood up, as if he were playing the role of the king at the wedding. “But when the king came in to meet the guests he saw a man there not dressed in a wedding garment. He said to him, ‘My friend, how is it that you came in here without a wedding garment?’

But he was reduced to silence. Then the king said to his attendants, ‘Bind his hands and feet, and cast him into the darkness outside, where there will be wailing and grinding of teeth.’ Many are invited, but few are chosen.”

READ MORE ABOUT IT:
Matthew 22

Q&A
1. How did the first invited guests treat the king’s servants?
2. What people eventually came to the wedding?

The Bible is divided into two main sections called testaments. Each testament is a collection of books that has been numbered by chapters and verses to make studying easier. The Old Testament includes books of law and history, poetry and prophecy. In the New Testament, the four Gospels tell us about the life and ministry of Jesus, while the Book of Acts tells us about the early Christians. Revelation is a book of prophecy, and the remaining books help us to understand God’s commandments. The Bible is God’s word. We should spend time reading it every day.

Ignatius Theophorus (35-107) is believed to have been a disciple of John the Evangelist. Little is known about most of his life, but around the year 69 he was appointed the Bishop of Antioch, but was later arrested and sentenced to death during a time of Christian persecution. He willingly accepted the chains of his imprisonment as he was taken to Rome by the soldiers. Along the way he wrote letters to some of the early Christian churches. He was a very loved man, and many people came out to see him. They rejoiced that they were able to see him, but they mourned that he would soon would be put to death. Before he was killed he prayed for peace and for the strength of the faithful Christians. We honor him on Oct. 17.