Jesus tells the people about the end times - Catholic Courier 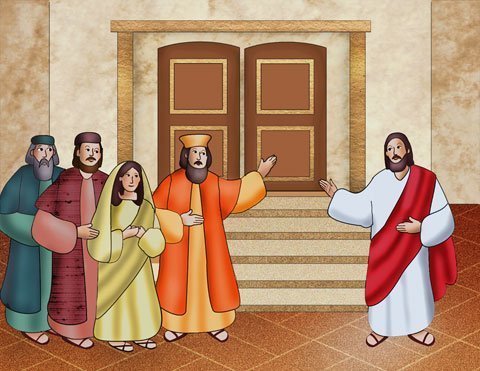 Jesus tells the people about the end times

Jesus tells the people about the end times

Visitors to the temple were commenting on how beautiful it was, how expensive the decorative stones must have been and how colorful were the votive offerings. When Jesus heard these comments, he said to the people, “All that you see here — the days will come when there will not be left a stone upon another stone that will not be thrown down.”

This frightened them, so they asked, “Teacher, when will this happen? And what sign will there be when all these things are about to happen?”

Jesus moved to a spot where everyone that had gathered could see and hear him.

“See that you be not deceived,” he told them, “for many will come in my name , saying, ‘I am he,’ and ‘The time has come.’” Then Jesus said very loudly for emphasis, “Do not follow them! When you hear of wars and insurrections, do not be terrified; for such things must happen first, but it will not immediately be the end.” Jesus walked around to face toward the people who were on one side of him. “Nation will rise against nation, and kingdom against kingdom. There will be powerful earthquakes, famines, and plagues from place to place; and awesome sights and mighty signs will come from the sky.”

Then Jesus said more softly, but still loud enough to be heard, “Before all this happens, however, they will seize you and persecute you, they will hand you over to the synagogues and to prisons, and they will have you led before kings and governors because of my name. It will lead to your giving testimony.”

Jesus turned to face toward a different part of the crowd and said, “Remember, you are not to prepare your defense beforehand, for I myself shall give you a wisdom in speaking that all your adversaries will be powerless to resist or refute. You will even be handed over by parents, brothers, relatives, and friends, and they will put some of you to death. “

Jesus paused briefly after saying that, then he continued. “You will be hated by all because of my name, but not a hair on your head will be destroyed. By your perseverance you will secure your lives.” Jesus motioned for the people to move closer or to lean in in order to hear him finish. “When you see Jerusalem surrounded by armies, know that its desolation is at hand.”

READ MORE ABOUT IT:
Luke 21

Luke showed himself to be not only a very skilled historian who researched the life of Jesus, but a gifted storyteller as well. He used the information he gathered to craft stories that were interesting, exciting and enlightening. He devoted the first two chapters of his Gospel to the events that led up to the birth of Jesus, then he proceeded into the ministry of Jesus, beginning with the preparation that was made by John the Baptist. Luke placed a special emphasis on the miracles that Jesus performed, and he also showed that Jesus chose people from ordinary walks of life to be his first disciples. He did not choose public officials and prominent citizens; he called fishermen and tax collectors. And Luke did not end his account with the death of Jesus, but with his ascension into heaven.

Albert the Great (1206-1280) was born in a castle on the Rhine River. Not very much is known about his childhood or his early schooling, but records show he was one of ten postulants for the order of the Friars Preachers, who were Dominicans, in 1222. Although his family was not supportive of his membership in the order, Albert started taught school in several European cities. When the Dominicans opened four new schools, Albert was appointed regent of the school in Cologne. One of his students was a young friar named Thomas Aquinas. Albert wrote extensively, and was an expert in physics, geography, astronomy, mineralogy and biology. He adapted the philosophy and teaching methods of Aristotle in a way that was acceptable to Christians. He later became the personal theologian and canonist to Pope Urban IV. We honor him on November 13.St. 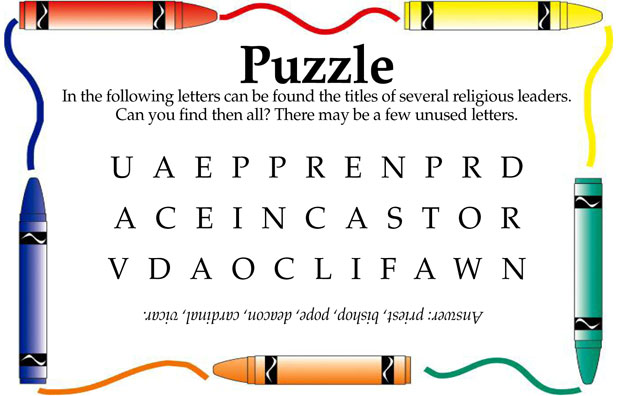