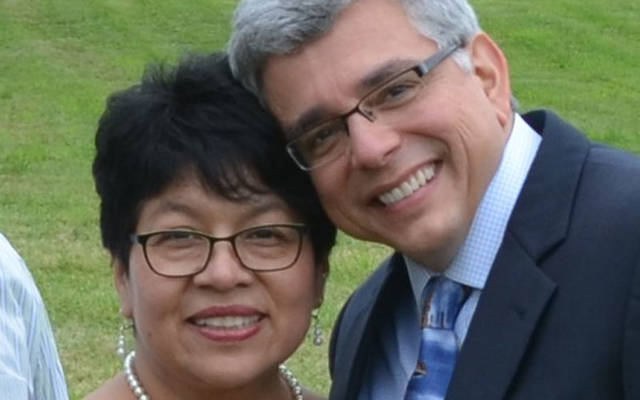 On June 22, 2018, we traveled, with great anticipation, to Lombard, Ill., to celebrate the 50th anniversary of Worldwide Marriage Encounter (WWME). We were greeted by thousands of married couples and almost 100 priests and bishops from all over the world. We all gathered not only to celebrate but to re-energize ourselves to continue our mission to renew and reinvigorate marriages and families. The theme of the convention was “We Remember, We Celebrate, We Believe.”

We attended a Worldwide Marriage Encounter weekend 30 years ago. Our newlywed love had settled into a routine and we were asking ourselves, “Is this it, is this all there is?” On our weekend we remembered how we felt when we first fell in love. We celebrated what we had accomplished in our marriage. We started to believe in ourselves not only as a happily married couple but as a powerful team that could accomplish almost anything if we tackled it together. That weekend changed the course of our lives for the better. Looking back, we think we might have ended up more like roommates or ships passing in the night had we not attended the weekend. We left the weekend on fire with a new passion for each other and with an unquenchable desire to serve God in every way He called us to do so, and to do it as a couple.

Today, marriage and the family are being threatened on every level. According to the American Psychological Association, about 50 percent of marriages end in divorce. Many married couples today feel disillusioned and helpless, wondering what they can do to strengthen their marriages to be able to show the beauty of their sacrament to their children, grandchildren and to young couples in love who wonder if marriage is even necessary.

For the last 50 years, millions of married couples in more than 90 countries have recommended a Worldwide Marriage Encounter (WWME.org) Vatican-approved weekend experience.

WWME started 50 years ago with one priest and one married couple in Spain who presented to couples and a young Jesuit priest from New York. That Jesuit priest, Father Chuck Gallagher, came back to New York and invited couples to start WWME in the United States. They ignited a flame in New York that quickly spread across the United States and then on to the rest of the world. Today, after 50 years, the flame is still burning.

We invite you to attend the next local WWME weekend Nov 16-18, 2018, at Notre Dame Retreat House in Canandaigua. On the Internet go to wwme.org to register and for more info, dates and locations around the world. We will be attending the November weekend ourselves. Come join us.

Leonor “Leo” and Edwin Rivera are members of the local Worldwide Marriage Encounter community. They were married June 21, 1986, and attended their first WWME weekend in October 1987.