Jesus will separate people and judge them - Catholic Courier 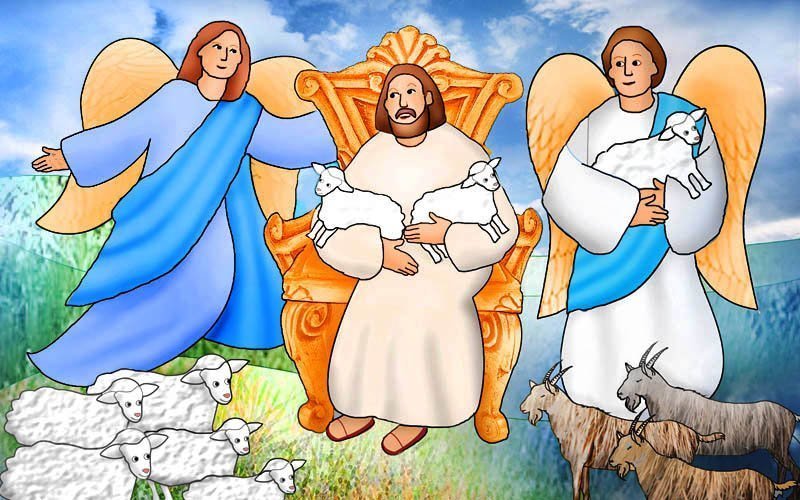 Jesus will separate people and judge them

Trivia: What name did Jesus call himself in John 10:11?

Bible Accent: God compares himself to a shepherd

Puzzle: Fill in the blanks about goats and sheep

Jesus will separate people and judge them

Jesus had just told his apostles some parables to remind them to always be prepared for his return at the end of the age.

After he was done, Jesus explained what would happen upon his return.

“When the Son of Man comes in his glory, and all the angels with him, he will sit upon his glorious throne, and all the nations will be assembled before him,” Jesus said.

He explained that he would separate everyone into two groups, much like a shepherd separates the sheep from the goats in his flock.

Jesus said he would place the righteous people — the sheep — on his right.

“Come, you who are blessed by my Father,” Jesus said he would tell the righteous. “Inherit the kingdom prepared for you from the foundation of the world. For I was hungry and you gave me food, I was thirsty and you gave me drink, a stranger and you welcomed me, naked and you clothed me, ill and you cared for me, in prison and you visited me.”

Jesus said that the righteous people would wonder when they had seen Jesus in need and had taken care of him.

“Lord, when did we see you hungry or thirsty or a stranger or naked or ill or in prison, and not minister to your needs?” he said the unrighteous would ask.

“And these will go off to eternal punishment, but the righteous to eternal life,” he said.

1. How would Jesus appear when he returned?

2. How would people be separated for judgment?

Trivia: What name did Jesus call himself in John 10:11?

Bible Accent: God compares himself to a shepherd

Jesus oftentimes compared himself to a shepherd and his people to sheep. In Ezekiel 34, God made a similar comparison.

During this time, the Israelites were in exile in Babylon. God was not happy with their leaders and told the prophet Ezekiel to prophesy against them.

God gave Ezekiel a parable to share in which God compared himself to a shepherd and his people to a flock of sheep. God said that the leaders — the shepherds — had taken care of their own needs and not the needs of the people — the flock of sheep.

“I will take my sheep out of their hand and put a stop to their shepherding my flock,” God said through Ezekiel.

God also said that he would judge “between one sheep and another, between rams and goats,” and he would take care of the flock himself.

“Yes,” God said through Ezekiel. “You are my flock: You people are the flock of my pasture, and I am your God.”

In 1531, he was walking on Tepayac Hill near Mexico City when Mary appeared to him. Mary told him to ask the local bishop to build a shrine on the hill.

Juan went to the bishop, but the bishop asked him for a sign. On Dec. 12, Juan returned to Tepayac Hill. Mary told him to pick some flowers that were blooming on the hill and carry them in his cloak to give to the bishop.

When he returned to the bishop, Juan opened his cloak. The flowers fell out, and an image of Our Lady of Guadalupe miraculously appeared on his garment.

The shrine was built the following year, and Juan lived near it as a hermit for the rest of his days. He was canonized in 2002, and we honor him on Dec. 9.

Puzzle: Fill in the blanks about goats and sheep 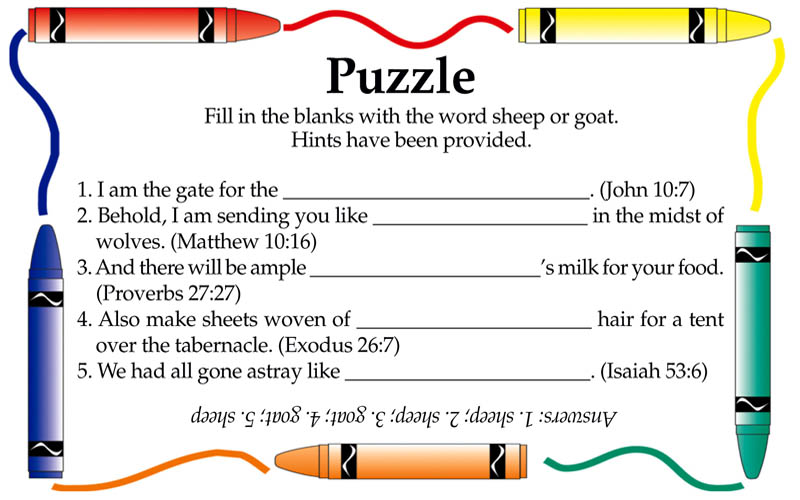