Jesus' words are hard for disciples to accept - Catholic Courier 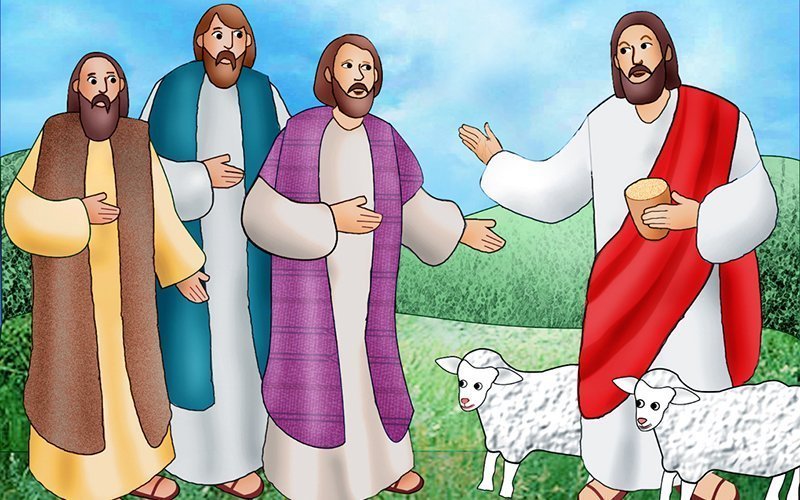 Jesus’ words are hard for disciples to accept

Jesus’ words are hard for disciples to accept

Jesus sometimes spoke in mysteries. He would speak about himself as a shepherd, a lamb, water or even bread. Once he told a group of people who had gathered to hear him preach, “I am the bread of life; whoever comes to me will never hunger.”

Jesus spoke about the Israelites who wandered in the wilderness, fed by manna sent from God. “Your ancestors ate the manna in the desert, but they died; this is the bread that comes down from heaven so that one may eat it and not die.”

Some people did not understand what Jesus was saying. They asked each other, “How can this man give us (his) flesh to eat”?”

Even the disciples whispered among themselves, “This saying is hard; who can accept it?”

Of course Jesus knew what his disciples were talking to each other about, so he asked them another question that sounded like another mystery. “Does this shock you? What if you were to see the Son of Man ascending to where he was before? It is the spirit that gives life, while the flesh is of no avail. The words I have spoken to you are spirit and life. But there are some of you who do not believe.”

Some of the disciples who heard what Jesus had said to them were ashamed that he knew their thoughts. They could not look directly at their teacher.

When Jesus said, “For this reason I have told you that no one can come to me unless it is granted him by my Father,” some of the men left for home and did not follow Jesus anymore.

After these men had gone, Jesus said to the 12 disciples he chose first, “Do you also want to leave?”

Peter, who was often the first to answer questions that Jesus asked, said, “Master, to whom shall we go? You have words of eternal life. We have come to believe and are convinced that you are the Holy One of God.”

READ MORE ABOUT IT:
John 6

Jesus demonstrated both the love and the power of God. He healed the sick, fed thousands of people with a few fish and forgave the sins of people who repented. Although many people believed in magic, they had never seen anything like his miracles.

Jesus calmed a storm when he was at sea with his disciples, gave sight to people who had been born blind, cured withered arms and useless legs, and cast out evil spirits.

Love was an important part of the message Jesus preached, and he showed us how much he loved us with his greatest miracle. He died on the cross for our sins, and then God the Father raised him from the dead.

Rose De Flores (1586-1617) was born in Lima, the capital of Peru. She grew to become a very beautiful woman, but she did not have any desire to become a wife or mother. She often tried to hide her attractiveness, because she did not want to be a source of temptation to anyone. When her parents lost most of their money in a failed business, Rose would work long hours as a gardener and a seamstress to contribute money to the family. When the opportunity presented itself, she joined the Third Order of St. Dominic, but lived almost as a hermit in a small hut in the garden. She eventually lived with a government official and his wife, who was fond of her. During her stay, she became very ill. She did not complain, but prayed, “Lord, increase my sufferings, and with them increase thy love in my heart.” In 1671 she became the first canonized saint of the New World. We honor her on Aug. 23.