JFK: A help or hindrance for Catholic politicians? - Catholic Courier 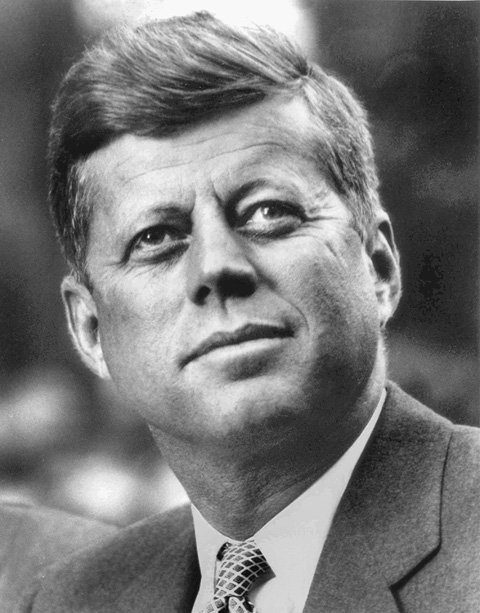 A portrait of President John Fitzgerald Kennedy taken in 1962.

To Tim Thibodeau’s parents, native French-Canadians who never attended high school, there was only one thing that mattered about John F. Kennedy — and it wasn’t his political ideology.

A professor of religion and history at Pittsford’s Nazareth College, he said his parents were typical of many immigrant Catholics who threw their support behind Kennedy simply because he was one of them. The Irish-American senator from Massachusetts received 80 percent of the Catholic vote in 1960, narrowly defeating Richard Nixon to become the first Catholic president in United States history. In so doing, he generated massive pride within a religious group that had historically faced strong oppression in this country.

"No longer would American Catholics have any warrant for believing that they were second-class citizens who could prove their patriotism only on the field of battle," the late diocesan archivist Father Robert F. McNamara wrote in his 1968 book The Diocese of Rochester in America.

Kennedy’s many other distinguishing traits — youth, good looks, charisma, war heroism and being scion of a rich and famous family — made him one of the most popular U.S. presidents ever. His larger-than-life leadership abruptly ended 50 years ago when he was assassinated in Dallas on Nov. 22, 1963.

Lasting only 34 months, Kennedy’s presidency opened the door for many more Catholics in high political office — which may or may not be a good thing, depending on whom you ask. 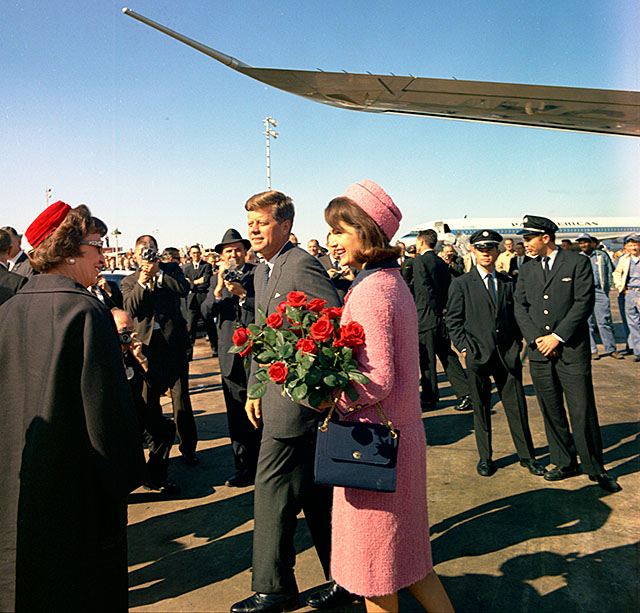 Such critics as Archbishop Charles Chaput and 2012 presidential candidate Rick Santorum have argued that in a landmark speech to the Greater Houston Ministerial Association, Kennedy distanced himself from Catholicism by saying his faith wouldn’t interfere with politics — thus setting a template for future Catholic politicians to justify divergence from church teaching on vital moral matters.

"Today, half a century later, we’re paying for the damage," Archbishop Chaput, currently leader of the Philadelphia Archdiocese, said in a 2010 address at Houston Baptist University. "We have more Catholics in national public office than ever before. But I wonder if we’ve ever had fewer of them who can coherently explain how their faith informs their work, or who even feel obligated to try."

Thibodeau noted that the dynamic Kennedy took the country by storm during his 1960 campaign.

"John F. Kennedy is talking about the Peace Corps, putting a man on the moon. He brings in all this young, vigorous talent, doing this big stuff," Thibodeau remarked.

Yet history did not favor Kennedy’s candidacy: All 34 U.S. presidents up until then had been Protestants, and non-Catholic voters feared Kennedy would be more a puppet of the pope than leader of the nation. In 1928, Al Smith — the only previous Catholic to win the presidential nomination of a major political party — had been soundly defeated by Herbert Hoover.

"In 1960 we still had the Latin Mass and a large Catholic-school population. Protestants thought Catholics were exotic, strange, foreign — kind of un-American in a way, because they had to be loyal to the pope. And Catholics didn’t do a lot to dispel those myths," Thibodeau observed. 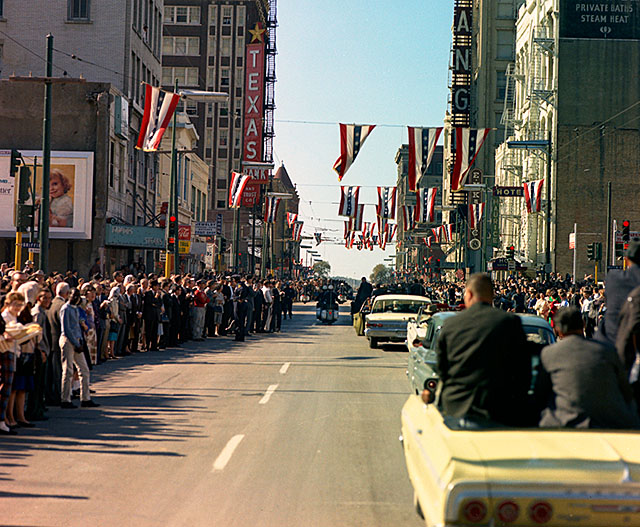 This speech, along with a series of televised debates against Nixon beginning just two weeks later, are considered pivotal to Kennedy’s success in reversing a deficit at the polls.

But his election came at a serious cost, according to Archbishop Chaput, who said Kennedy’s Houston address "began the project of walling religion away from the process of governance in a new and aggressive way. It also divided a person’s private beliefs from his or her public duties."

Santorum — a Catholic who finished second to Mitt Romney in a bid for the 2012 Republican presidential nomination — garnered considerable attention in February of that year when he told "ABC News" that Kennedy’s Houston speech made him want to "throw up" because it had advanced the notion that "people of faith have no role in the public square."

Yet considering the audience he was addressing, Thibodeau observed, Kennedy’s chief intent wasn’t to minimize his Catholic identity, but rather to keep it from being unjustly used against him. Indeed, Kennedy declared to his Protestant listeners: "If this election is decided on the basis that 40 million Americans lost their chance of being president on the day they were baptized (Catholic), then it is the whole nation that will be the loser."

"That was damage control, and you do that in the Deep South where there’s rabid racism and anti-Catholic bigotry. You go to ground zero where you know that’s a problem," Thibodeau said. "He wouldn’t have given that kind of a speech at Harvard." 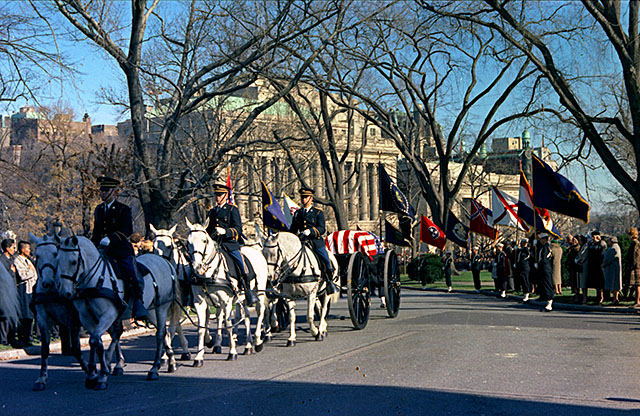 The caisson carrying the casket of President John F. Kennedy enters the White House driveway, Nov. 25, 1963. That day a funeral Mass was celebrated for the slain president at the Cathedral of St. Matthew the Apostle in Washington.

Catholic voters seemingly weren’t put off by Kennedy’s Houston remarks; four out of every five voted for the 43-year-old. To this day he remains the youngest president ever elected.

But in 2004 — the next time a Catholic became the presidential nominee of a major party — Democrat John Kerry saw 52 percent of Catholic voters instead tap Republican George W. Bush, a Methodist, for re-election.

Jann Armantrout, life-issues coordinator for the Diocese of Rochester, said Kerry didn’t help his cause among fellow Catholics by supporting abortion rights. She noted that Kerry is one of numerous Catholic politicians — including Vice President Joseph Biden; the late Geraldine Ferraro, who ran for vice president in 1984; and New York Governors Mario Cuomo, George Pataki, David Paterson and Andrew Cuomo — to take pro-choice positions in recent years.

When Catholic politicians claim to personally oppose abortion and other violations of church teachings but still support them politically,"it only serves to confuse the laity," Armantrout said, while making it less likely that a Catholic will vote for a Catholic.

But by this point in our nation’s history, Thibodeau contended, "there is no such thing anymore as ‘The Catholic Vote’." He lamented that Catholic voters — like Catholic politicians — often fail to fall in line with church edicts: "We’ve shifted so far to the left. Gay marriage, contraception, abortion — we have a culture of young people that have been taught they’re not supposed to make any kind of judgments about anybody. You’re supposed to be tolerant."

To what degree might Kennedy’s words in Houston have fueled this blurring of Catholic responsibility?

"I think it’s not so much (that) Kennedy gave marching orders to every Catholic politician. It’s a consequence of American society transforming in a new direction," Thibodeau said, adding that since the Second Vatican Council, an increasing number of Catholic clergy and religious "openly embrace views and positions that explicitly defy church teaching."

Armantrout acknowledged she doesn’t think "Kennedy set out to undermine expression of Catholicism in the public square." But she added that "he certainly laid the groundwork, whether intentionally or not" for Catholic politicians to support policies that conflict with their faith.

She said today’s U.S. voters seemingly prefer presidential candidates to have a religious affiliation — but only to a point. 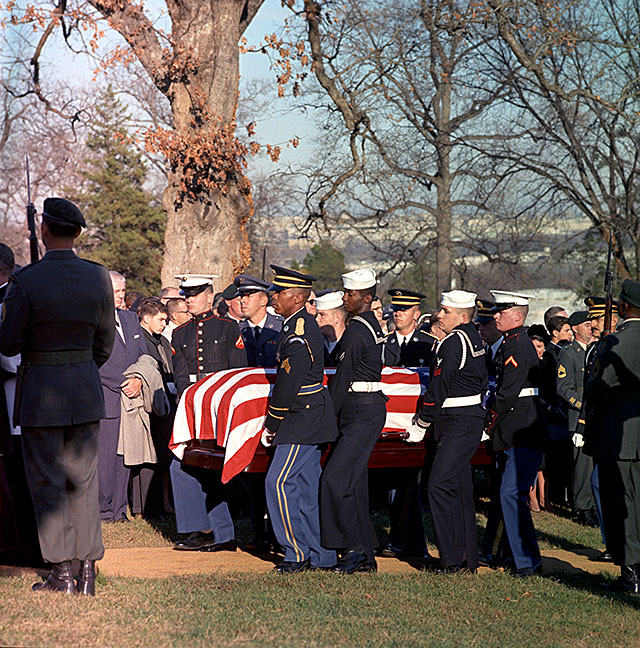 Pallbearers carry the casket of U.S. President John F. Kennedy for his burial at Arlington National Cemetery in Virgina Nov. 25, 1963. That day a funeral Mass was celebrated for the slain president at the Cathedral of St. Matthew the Apostle in Washington.

"People want politicians who are worshipers in private. But that’s not the call of our (Catholic) faith," which she said "transcends all of our activities" including politics.

Asked whether a Catholic presidential candidate who was completely and publicly faithful to all church teachings could get elected, Armantrout said, "I think yes, but only after the population remembers the values that will allow our country to thrive, the values that emanate from Christianity."

The question remains: Did Kennedy stick to his promise of keeping his political and faith lives separate? Yes, at least on the surface, Thibodeau said. "He was very careful not to mix religion with politics."

The numerous extramarital affairs that became public after Kennedy’s death also bespeak a lack of Catholic values, critics claim. Thibodeau said these revelations brought out a harsh reality for Kennedy’s loyal Catholic supporters that "when you elect a (Catholic) president you’re not electing a pope."

On the other hand, "No one knows what’s in a person’s heart," Patrick Reardon, a Catholic writer from Chicago, wrote in an August 2010 analysis in the National Catholic Reporter. "Were Kennedy’s efforts on behalf of civil rights the result of his Catholic upbringing and affiliation? What about his work to limit nuclear weapons testing?"

Overall, however, Thibodeau said Kennedy is best remembered for his dynamism and tragic death — "the mystique and also the martyrdom" of the man.

He recalled visiting Germany in 2009 for the 20th anniversary of the Berlin Wall’s dismantling. More people Thibodeau encountered recalled Kennedy’s June 1963 "Ich bin ein Berliner" speech than President Ronald Reagan’s "Tear down this wall" address in 1987 at the same site.

"On a global scale, he is still remembered as a great man and a great president," he said.