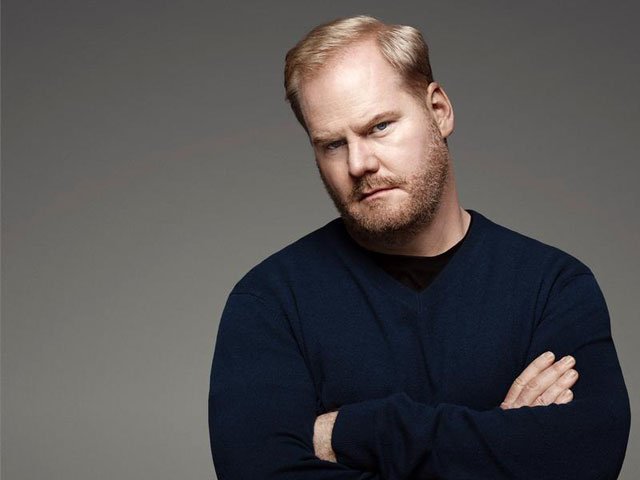 Jim Gaffigan, the comic actor known both for his funny books like "Dad Is Fat" and "Food: A Love Story" and his inclusion of his Catholicism in his stand-up routines, is pictured in a 2010 photo. Gaffigan and his wife, Jeannie, have collaborated on a new TV Land cable sitcom, "The Jim Gaffigan Show."

NEW YORK (CNS) — Faith and comedy can make for an uncomfortable combination.

Wits who engage in this volatile mix obviously need to avoid outright irreverence or the trivialization of the sacred. Yet they also have to be wary of artificial restraint since all genuine humor depends, to some degree at least, on a sense of realism and recognition.

So plaudits are due to the folks behind the new TV Land program “The Jim Gaffigan Show.” Remarkably, they’ve managed to strike just the right balance between the weighty topic of religious devotion and the comically challenging situations to which the exercise of Catholic piety can all too often lead in today’s mixed-up world.

The single-camera series, which airs 10-10:30 p.m. EDT on Wednesdays, stars the stand-up comedian of the title playing a fictionalized version of himself. Taking its lead from Gaffigan’s popular fact-based routine, the show finds his alter ego sharing a two-bedroom apartment in New York City with his wife, Jeannie (Ashley Williams), and their five young children.

Written and executive produced by Gaffigan in collaboration with the real Jeannie, the program portrays the ongoing juggling act the screen couple must engage in to meet the competing demands of family, faith and Jim’s professional life as an entertainer. Jim’s outsized love of food is another recurring theme and source of laughs.

Episodes often feature surprise guest appearances by the likes of Chris Rock, Macaulay Culkin and Janeane Garofalo. Shot in New York, the series does a great job of showcasing the city and such iconic Gotham landmarks as Katz’s Deli.

Catholicism is front-and-center in the Gaffigan household: The family attends Mass;Jim and Jeannie plan to send their children to parochial school;a cross and a painting of Mary adorn the walls of the couple’s bedroom.

Although the scripts do not shy away from controversial issues, making the show unsuitable for youngsters, such topics are treated in a positive, funny and mostly family-friendly way. There are some mild language concerns, however, as well as more prominent lifestyle situations that call for mature discernment. These mostly involve the supporting characters.

Jim’s best friend and fellow comedian, Dave Marks (Adam Goldberg), for instance, is a would-be Casanova always on the lookout for his next conquest. Realtor Daniel Benjamin (Michael Ian Black), Jeannie’s closest pal — who doubles as a verbal sparring partner for Jim — is gay.

While its treatment of the moral questions over which the culture wars continue to be fought is sometimes flippant and imprecise, “The Jim Gaffigan Show” does succeed in its broader presentation of Catholic family life. It thus achieves two important goals simultaneously.

Even as it demonstrates that a television comedy need not rely lazily on off-color humor, the series effectively pushes back against the increasing effort in contemporary society to marginalize Christianity in general and Catholicism in particular.

Mulderig is on the staff and Macina is a guest reviewer for Catholic News Service.