John the Baptist tells of the Messiah's coming - Catholic Courier 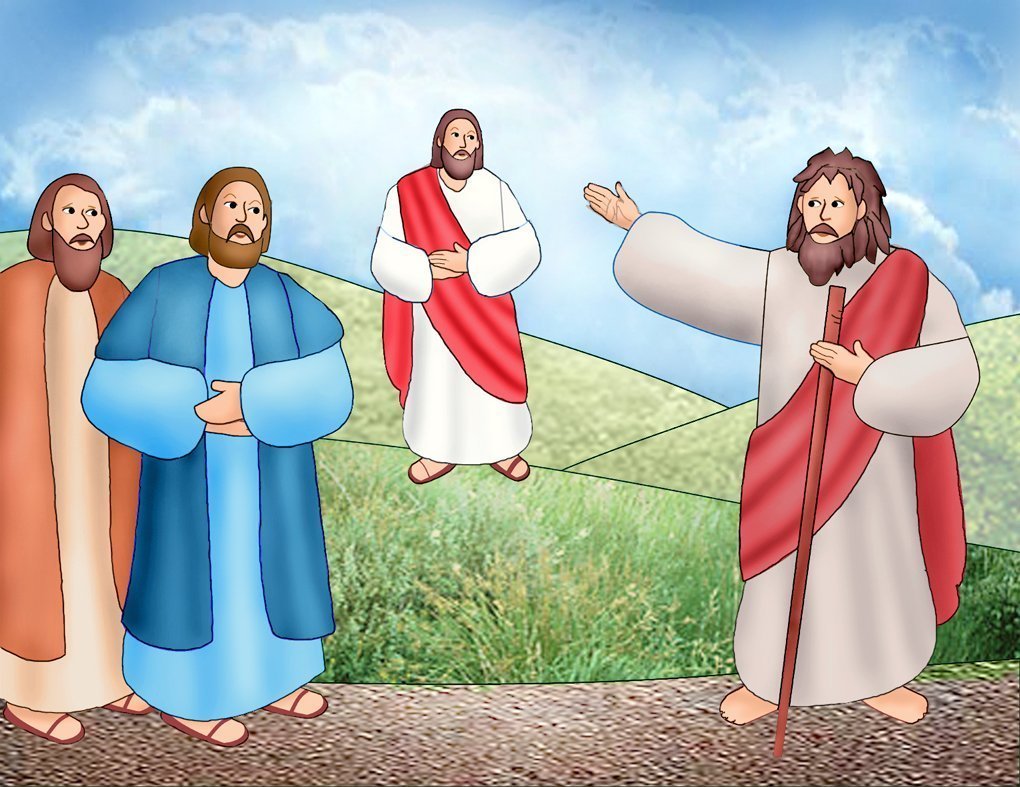 John the Baptist tells of the Messiah’s coming

John the Baptist tells of the Messiah’s coming

John was a man sent from God. He was charged with telling the people of the world that a light was going to shine on the earth. But John was not the light. John also spoke of the word of God, which would become human and would dwell among us. When John prophesied, he said, “We saw his glory, the glory as of the Father’s only Son, full of grace and truth.”

John wandered throughout the country, telling everyone that a very special person would soon make his presence known. “The one who is coming after me ranks ahead of me because he existed before me,” John declared.

Priests and Levites came to John from Jerusalem to interrogate him. “Who are you?” they demanded to know.

“I am not the Messiah,” John answered.

“What are you, then?” they continued. “Are you Elijah?”

John looked sternly at his questioners and said, “I am not.”

“Are you the Prophet?”

By now the priests were getting frustrated with John. “Who are you, so we can give an answer to those who sent us? What do you have to say for yourself?”

John did not give a simple reply: “I am ‘the voice of one crying out in the desert, “Make straight the way of the Lord,”’ as Isaiah the prophet said.” Some Pharisees had come with the priests and Levites. They asked John, “Why then do you baptize if you are not the Messiah or Elijah or the Prophet?”

Again John answered by professing the greatness of the man he preached about. “I baptize with water; but there is one among you whom you do not recognize, the one who is coming after me, whose sandal strap I am not worthy to untie.” Then John proceeded to baptize those who came to him in the water of the Jordan River.

The very next morning John saw Jesus coming. John pointed to him and shouted for all to hear, “Behold, the Lamb of God, who takes away the sin of the world.” Then the Spirit of God came down upon Jesus in the form of a dove and sat on Jesus.

When two of John’s disciples came to meet with him, Jesus was there again. “Behold, the Lamb of God,” John said to them. One of them was named Andrew.

After spending the day with Jesus, he went and told his brother he had found the Messiah. His brother’s name was Peter.

READ MORE ABOUT IT:
John 1

Q&A
1. Who did John say that he was?
2. How did Jesus introduce Jesus?

In today’s world we take modern medicine and vaccinations against disease for granted. We also know the importance of a balanced diet and its contribution to our good health. But what about he people of Bible times? They used their knowledge of the plants and herbs available to them to develop salves and other compounds. Olive oil had many dietary uses, but it also was used to cover certain sores or wounds to aid in healing. Wine blended with myrrh would relieve pain. A paste made from figs would help to shrink boils and other skin irritations. Food consisted of a variety of fruits, vegetables and grains, as well as meat and fish. The main sweetener was honey, and salt was one of them most important preservatives.

Mary Di Rosa (1813-1855) was the daughter of a wealthy Italian man, and her mother was a countess. When Mary (who was called Paula by her parents) was 11 years old her mother died, and when she was 17, she had to leave school to help her father care for her eight brothers and sisters. Although Mary’s father wanted to help her find a suitable husband, she told him she chose to lead a single life devoted to helping unfortunate people, especially the girls who worked in the family’s textile mill. When a cholera epidemic broke out in the village of Brescia, Mary worked as a volunteer nurse at the hospital along with another volunteer named Gabriela Echenos-Bornati. The two women were gentle and loving to the sick patients. Because of her work at the hospital, Mary was asked to manage an institution for poor girls. This institution was the foundation of what became the religious society called the Handmaids of Charity. We honor Mary on Dec. 15.