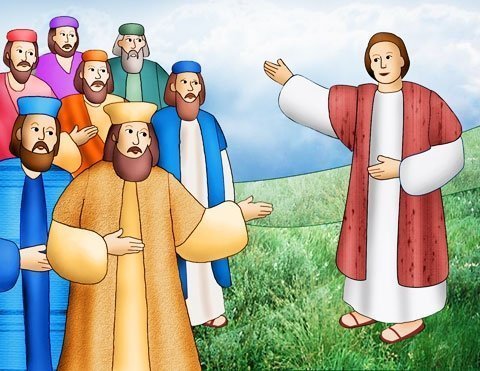 Joshua called a meeting of all of the elders, leaders, judges and officers of Israel. They came and stood together before the Lord, and Joshua reminded them of how God had blessed Abraham and his descendents and also the children of Jacob and Esau. And he also reminded them how God had delivered them out of the control of the Egyptians.

Quoting the words the Lord had given to him, Joshua said, “I brought you into the land of the Amorites who lived east of the Jordan. They fought against you, but I delivered them into your power. You took possession of their land, and I destroyed them at your approach.”

One of the most important messages God wanted Joshua to give to the people of Israel was that some of them may have forsaken the God who had delivered them and were serving false gods. “Now, therefore,” Joshua continued, “fear the Lord and serve him completely and sincerely. Cast out the gods your ancestors served beyond the River and in Egypt, and serve the Lord.”

Joshua did not ask his people to do any more than he would do himself. He had led them by obeying the Lord and by setting an example of trusting the Lord. “If it is displeasing to you to serve the Lord,” he said, “choose today whom you will serve, the gods your ancestors served beyond the River or the gods of the Amorites in whose country you are dwelling. As for me and my household, we will serve the Lord.”

The people answered Joshua. “Far be it from us to forsake the Lord to serve other gods. For it was the Lord, our God, who brought us and our ancestors up out of the land of Egypt, out of the house of slavery. He performed those great signs before our very eyes and protected us along our entire journey and among all the peoples through whom we passed. At our approach the Lord drove out all the peoples, including the Amorites who dwelt in the land. Therefore we also will serve the Lord, for he is our God.”

Joshua made a covenant with the people and he set up a large stone in the sanctuary of the Lord. “This stone shall be our witness,” he said, “for it has heard all the words which the Lord spoke to us.”

READ MORE ABOUT IT:
Joshua 24

Q&A
1. Why did Joshua call the people together?
2. Who did the people say they would serve?

After the Lord had delivered the people of Israel out of the slavery of Egypt, they wandered in the desert for the next 40 years. They finally reached their destination, which is often called “The Promised Land,” a fertile land that would be theirs to farm and live in where they could raise their families. The Israelites did not just settle down and start their new homes, they had to fight off enemies and capture the city of Jericho. The exciting story of the battle of Jericho can be found in Joshua 6. This is a strong example of how obeying God can lead to victory over hardship, even though the people of Israel were not as numerous as their enemies. The account of the death of Joshua in chapter 24 tells us he was remembered as “a servant of the Lord.” If we obey God, he will consider us his faithful servants, too.

Margaret Ward (d. 1588) was the only woman who was among the Forty Martyrs of England and Wales. The death of these Christians came after the English had defeated the attempted invasion of the Spanish Armada. Margaret was a friend of many of the English priests of the British Isles. She helped a priest named William Watson escape from prison, and she arranged for food for him, and another man named John Roche found a boat to take him to safety. Margaret was captured, arrested and tortured for this. She and John were offered freedom from prison if they would denounce their Catholic faith. They refused. They were then tried, convicted and sentenced to death. We honor their sacrifice on Aug. 30. 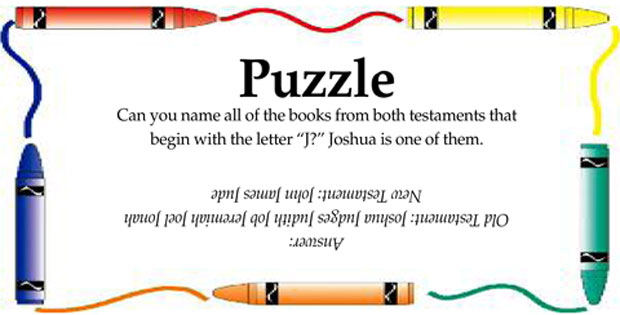