Journeys to wholeness in 'As Earth Without Water' - Catholic Courier 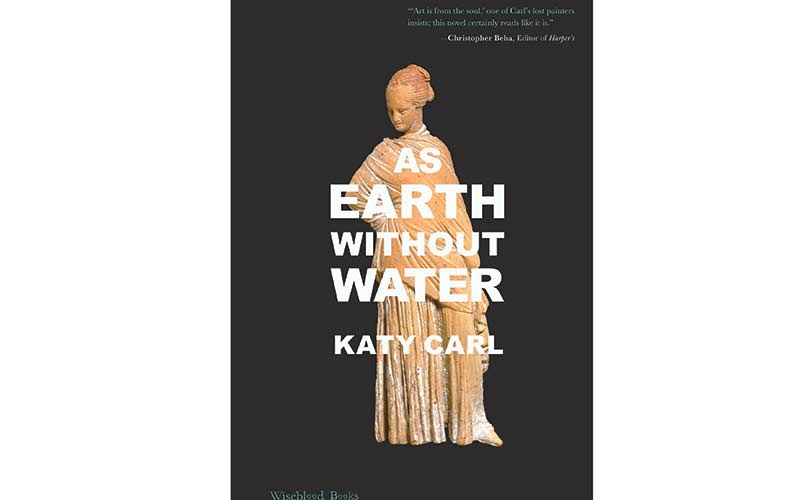 This is the book cover of "As Earth Without Water" by Katy Carl. (CNS photo courtesy Katy Carl

Editor’s Note: This is the last part of a three-part series focusing on contemporary Catholic writers

Of her first novel, writer and editor-in-chief of the literary journal “Dappled Things,” Katy Carl, says:

“The task of art is to represent, at some depth, reality as we find it and as it might be. This includes the front line of the battle between good and evil as Solzhenitsyn writes about it, a line that — too true — runs through every human heart without exception. … On this line only will we be able, if we really wish it, to find ourselves.”

This is the line on which the characters Angele and Dylan find themselves in “As Earth Without Water.” Told from the perspective of Angele in episodes that occur over a series of years, their story is one of pain, healing and restoration.

Both students at the Art Institute of Chicago, Dylan and Angele were excellent painters, even rivals in terms of their talent. But Angele was made to doubt her artistic abilities and sensibilities, and though she loved Dylan — they lived together and were intimate for a time — she reflects on those early years of their relationship with the question, “If the freedom we knew then was not freedom, but mere liberty, then what must real freedom be like?”

Early in the novel, readers learn that Dylan hurt Angele with his art: He made a nude painting of her that exposed not only her body, but a truth about herself — “I hated the portrait not so much because it reduced me to something I wasn’t, but because it revealed me as I was: a competent woman capable of more but settling, as a matter of ease, for the camp disguise of the ingenue.” This position stunted her artistic growth and fractured her relationship with Dylan.

Ten years later, Dylan faces his own searing experience of fracture, and like Angele, this fracture locates itself in his body. Having converted to Catholicism and preparing to make final vows as a monk, he invites Angele to the monastery and shares a disturbing secret: He was sexually assaulted at the monastery by a visiting priest who knew Dylan from his art gallery showings.

Profoundly, it is in this space of pain that Dylan apologizes to Angele and she to him for their use of each other. As Angele relates:

“For I had never known love at all, until that night under the monastery cypresses, when he asked:

‘Forgive me, please. I need the freedom that your forgiveness would give me. …

‘I know I’ve bound myself to you and you to me. That’s what we’re doing when we harm someone: And then in trying to get free from them, we tie ourselves all the tighter.'”

This exchange of forgiveness sets both characters free, making “As Earth Without Water” a love story of a different kind. After returning from the monastery, Angele makes changes — she moves in with her aunt, takes a job at a coffee shop and begins to paint again in the style she once loved.

Now unbound from the hurt of the past and the unfulfillment of the preceding years, she flourishes: “Things begin to fall away from me quickly: false narratives, needless extras.”

Though I won’t reveal the surprise of the ending, it is enough to say that through their individual experiences with the body of Christ, both Dylan and Angele begin to find healing in their bodies and minds.

Angele uses St. Hildegard von Bingen’s term “viriditas” — connoting greenness and health of soul — to describe a quiet studio that begins to feature her artwork: “The atmosphere is that of a hidden garden. … For me it is a fulfillment of ambition: a safe place, a cloister: where my work is welcome, where it can be itself.”

Katy Carl’s “As Earth Without Water” offers readers such a call — to be most oneself, to be truly free, is to locate not where home is but Who home is. And that discovery is made, as Carl demonstrates, not in a story that wraps up with “perfected” individuals — healing is often messy and mysterious — but on the line that runs through every human heart and calls each of us to contend with it.

(Weishar is a poet and freelance writer.)